The flight of Sigma 7 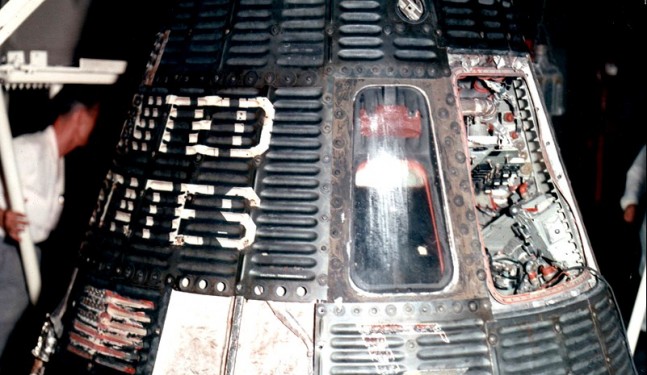 Many have called Wally Schirra’s Mercury flight, Sigma-7 as a “perfect” mission. But how “perfect” was it? Photo Credit: NASA

1962: With the Space Race in full swing, and the Soviet Vostok 2 having successfully completed a lengthy 25-hour, 17.5-orbit flight the previous year, NASA was keen to push forward with the Mercury-Atlas (MA) program and experiment with longer-duration missions. Planning for MA-8 – the fifth and penultimate manned Mercury flight – began in February 1962, with the mission being officially announced on June 27. The emphasis would be on technical and engineering tests rather than scientific studies, and it was to be a lengthier flight than anything NASA had attempted before, totaling six orbits – double the distance of the previous MA-7 and MA-6 missions.

Walter Schirra was chosen as pilot. He was one of the original Mercury Seven astronauts selected by NASA in 1959, and had served as backup pilot for MA-7. Schirra came from a family of aviators. His father had earned his pilot ratings in Canada during World War 1, and went on to become a barnstormer, touring the US with Schirra’s mother who was a wing-walker. Walter himself started flying his father’s aircraft at the age of 15. Before joining NASA, he’d served as a Navy fighter pilot, seeing action in Korea, and then a navy test pilot.

On the morning of October 3, 1962, Schirra was woken at 1:40 am ET, and, after breakfast and a short physical exam, was driven to the LC-14 launchpad at Cape Canaveral. Amazingly, despite what he was about to do, he fell asleep on the journey! Schirra entered the Sigma-7 capsule perched on top of the Atlas rocket at 4:41 am and began his preflight checks. Countdown continued as normal until 6:15, when a faulty radar at the Canary Islands tracking station halted proceedings for 15 minutes. After repairs, countdown resumed at 6:30 am and there were no other issues until liftoff. Schirra rode the venerable Atlas launch vehicle to orbit – placing him well on his way for six orbits around our home world. Photo Credit: NASA

Just 10 seconds into the flight the Atlas rocket started an unplanned roll maneuver, alarming both Schirra and mission control. Thankfully the roll stopped after a few moments – it was later attributed to a misalignment of the main engine – the booster’s vernier thrusters were used  to compensate for the roll, and the flight continued as normal.

Roughly three and a half minutes into the flight, the NASA capsule communicator, Deke Slayton, asked Schirra over the radio “Are you a turtle today?” Schirra replied that he was switching over to the on-board voice recorder to leave his answer. His word-perfect response of “you bet your sweet ass I am” to Slayton’s humorous challenge is recorded in the official NASA logs as “[correct answer recorded]“. Schirra later said that couldn’t quite bring himself to make the standard reply over the radio for the whole world to hear.

Although the Sigma-7 capsule entered orbit slightly higher than planned, a quick analysis of the spacecraft’s trajectory showed that this posed no issues for the mission. After separating from the Atlas booster and maneuvering the capsule into the correct attitude, Schirra began testing manual control of his vehicle. A short while later he started to feel uncomfortably warm. Controllers on the ground also noticed the problem, and a discussion began as to whether the mission should be aborted after just one orbit. On the advice of the flight surgeon, the flight director decided to allow the mission to continue. Schirra eventually alleviated much of the problem by turning his spacesuit’s control knob to a high cooling position.

As he passed over Australia, he kept watch for a high-intensity flare which was to be launched from the ground. Heavy cloud cover prevented him from seeing anything, though he did manage to make out the lights of Brisbane. While traveling over the Pacific he tested the capsule’s periscope. However he found it difficult to use, and after a short while switched to visual sighting through the main window.

Over the next couple of orbits, Schirra tested the spacecraft’s maneuverability and both manual and automatic control systems. He also tried disconnecting the gyroscopes, turning off part of the electrical power systems, and letting the capsule merely drift through space. During his time drifting, he took the opportunity to eat the steak sandwich he’d been supplied as a meal. While passing over Hawaii on his third orbit he was told that the mission was cleared for the full six orbits. Walter “Wally” Schirra was known as “Jolly Wally” by many of his friends. Photo Credit: NASA

On the fourth orbit he attempted to spot the Echo 1 satellite – a giant silver balloon – over East Africa. Although unsuccessful in this, he did manage a two-minute conversation with John Glenn, which was broadcast live across the United States on both radio and television.

On the fifth orbit Schirra jokingly remarked that this was the first time he’d been able to relax since December 1961. He also did a small amount of stretching and exercise with a bungee cord, before continuing his observations and photography.

The sixth orbit was primarily taken up with preparations for re-entry, but was able to take some photos of South America and attempt a set of spatial-orientation tests. 8 hours and 52 minutes into the flight he fired the first retrorocket and began his return to Earth.

The carrier USS Kearsarge was the lead ship in the recovery group, with three destroyers spaced along the orbital path of the spacecraft. Four search aircraft were also involved and three recovery helicopters were aboard the Kearsarge. Amazingly, the Sigma 7 capsule splashed down just half a mile from the carrier. Divers were dropped from one of the helicopters to help Schirra out, however he radioed that he would prefer to be towed to the carrier and winched aboard. 40 minutes after hitting the ocean, the Sigma 7 capsule was on the deck of the carrier. Five minutes later Schirra blew the explosive hatch of the capsule and climbed out. This slightly unorthodox exit was designed to vindicate fellow astronaut Gus Grissom, who some had accused of accidentally blowing the escape hatch on the Liberty Bell 7 capsule causing it to sink to the bottom of the Atlantic after his successful 1961 suborbital flight.

Interestingly, fellow astronaut Gordon Cooper and racing driver Jim Rathman, hid a miniature bottle of Cutty Sark whiskey and pack of cigarettes in a compartment within the instrument panel of the Sigma 7. Schirra drank the whiskey at the first opportunity aboard the recovery ship, causing some surprise to medics who were initially puzzled as to why he had a small alcohol level in his post flight blood test.

Schirra concluded that the mission had been “textbook”, and that the Sigma 7 was at the top of the list of aircraft he’d piloted.

Interested in science, aviation, and spaceflight from an early age, Jeff Darling is a writer and illustrator based near Valencia, Spain. In 2005 he started the transportation and vehicle technology website diseno-art.com which covers a wide variety of vehicles, paying particular attention to some of the more unusual modes of transport. His work has featured on the BBC's flagship technology program 'Click', and appeared in numerous magazines, books, and websites around the world. Jeff serves as one of The SpaceFlight Group's writers with a special focus on spaceflight history.