Light this candle! The 60th anniversary of the first American in space 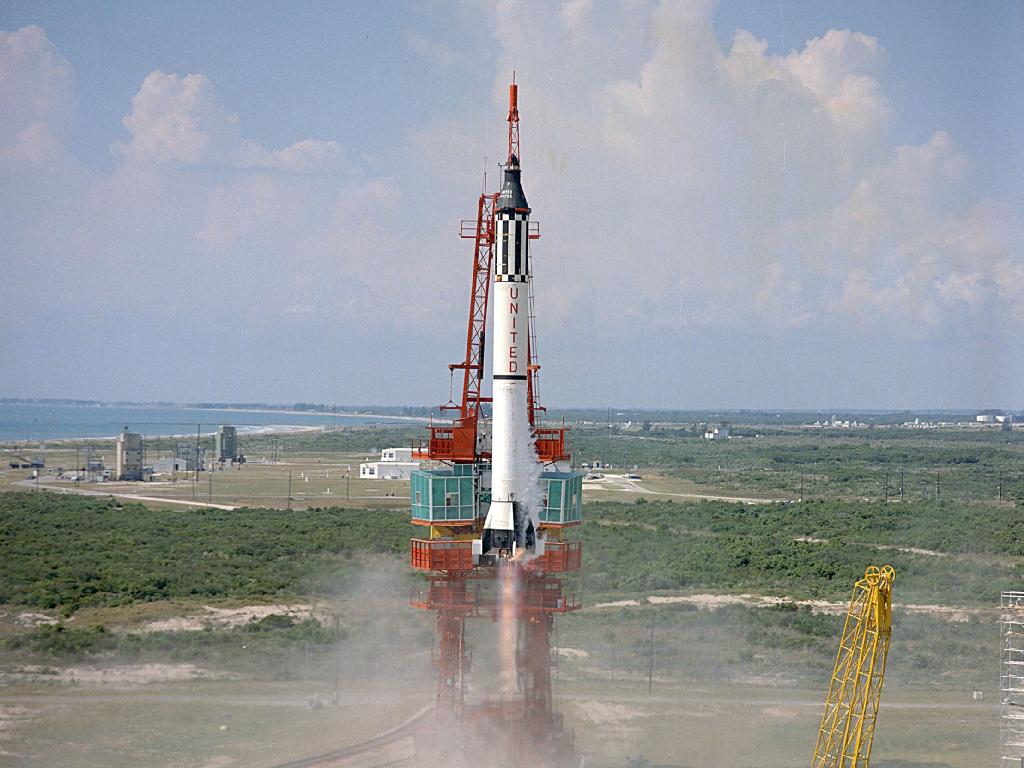 Alan Shepard launches to become the first American in space during the Mercury-Redstone 3 Mission. Image: NASA

Sixty years ago today, on May 5, 1961, NASA astronaut Alan Shepard rocketed to space in his Mercury capsule to become the first American and the second human in space.

The surprise launch by the Soviet Union of the first artificial satellite called Sputnik 1 in October of 1957 sparked the newest front in the Cold War — space. The race to see which country would dominate space was on. But first, humanity had to see if they could survive in space. 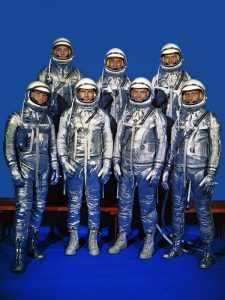 A year after Sputnik, in October of 1958, the National Aeronautics and Space Administration, better known as NASA, was formed out of the National Advisory Council for Aeronautics, or NACA, and would serve as a civilian agency that would see the development of space technology. Among the first objectives of the newly formed agency was Project Mercury, which would set the goal to launch a man into Earth orbit, evaluate his capabilities, and return him safely to Earth. Out of a chosen pool of 110 possible candidates, Shepard and six others were chosen for the program.

Shepard was a U.S. Naval role model perfect for selection as an astronaut. After spending some time and seeing action on a destroyer in World War II, Shepard graduated from the U.S. Naval Academy with a Bachelor of Science, becoming a Naval Aviator in 1946. Eventually, he would graduate the U.S. Navy Test Pilot School and become a test pilot in 1950, ultimately gaining over 8,000 hours in aircraft. These experiences would set the basis for his later career.

On April 12, 1961, the Soviets shocked the world when cosmonaut Yuri Gagarin became the first human to see the reaches of space. America wasn’t going to take another blow to their pride, and it was time to put an American in space.

On May 5 1961, Shepard would be the first Mercury astronaut to fly into space. After some minor delays, and an unplanned urination, at 10:34 a.m. ET the Mercury capsule, dubbed Freedom 7, launched atop its Redstone booster from Launch Complex 5 at Cape Canaveral in Florida.

Although the flight would only be suborbital, lasting just 15 minutes, the mission would prove American capabilities in space, testing systems such as retrorockets and attitude control systems that would be crucial for the upcoming orbital flight of John Glenn and the Mercury-Atlas rocket. 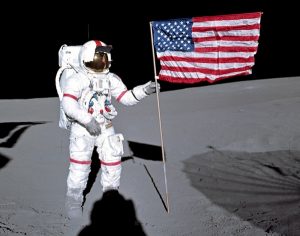 Apollo 14 Commander Alan Shepard poses with the American flag on the surface of the Moon in 1971. Credit: NASA

After a successful reentry and parachute landing into the Atlantic Ocean, Shepard and the capsule were recovered by helicopter and the USS Lake Champlain. The mission was a complete technical success, albeit one with hampered pride with the Soviets having beaten the country to orbit three weeks before.

History almost ended differently, however. Originally, Mercury-Redstone 3, the official title of the first American manned mission, was to launch in April of 1960, beating the Soviets to the punch by a whole year. Unfortunately, multiple unplanned program delays would continue to postpone the launch, paving the way for the Soviets to fly first.

The mission would begin a new era in space exploration. Just a few weeks later, President John F Kennedy would make his a statement to a special joint session of Congress, announcing his goals for an American on the surface of the Moon.

Kennedy’s goal would ultimately be realized before the decade was out, with Alan Shepard being later chosen to command Apollo 14, and walk on the moon.

60 years after the history making flight, we remember its legacy as the flight that started it all for NASA, and human spaceflight in the United States. Shepard’s career itself speaks for the advancements, with only just 10 years between his suborbital spaceflight, and walking on the surface of the Moon. From Shepard’s flight, came endless discoveries and international milestones in space. Its milestones and lessons learned continue to be a driving force today.