Our Spaceflight Heritage: STS-97 turns on the light 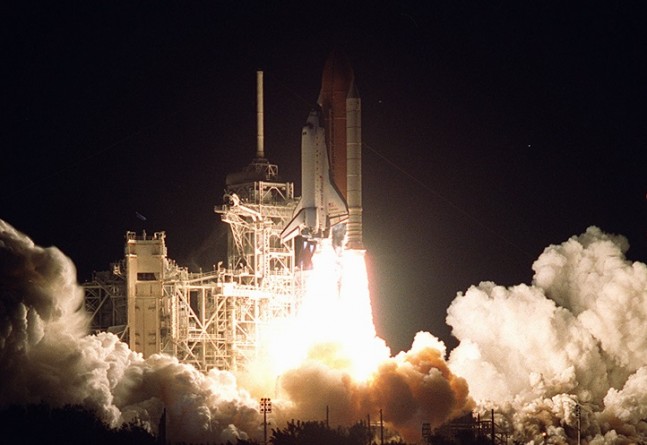 On Nov. 30, 2000, space shuttle Endeavour lifted-off from Launch Complex 39B at 10:06 p.m. EST (0306 GMT) from Kennedy Space Center in Florida bringing a crew of five along with her. Led by commander Brent Jett, the STS-97 crew would embark on an eleven day journey to the International Space Station, meeting with the Expedition One crew for the first time. The fifteenth flight of Endeavour was the first visit to the ISS which sought to deliver, assemble, and activate the U.S. power electrical system that would become critical for the future of the station. The main objectives for this mission were to deliver mail, food, and Christmas presents for the station’s first occupants. Endeavour also brought the P6 Integrated Truss Structure — a new power source for the station.

On day three, commander Jett along with the assistance of pilot Mike Bloomfield docked Endeavour to the International Space Station’s Pressurized Mating Adapter (PMA) using the Orbital Docking System (ODS). This marked the first time that this part of the ISS was used by a shuttle crew.

Later the same day, mission specialist Marc Garneau successfully lifted the truss from Endeavour‘s payload bay using the shuttle’s 50-foot robotic arm. In addition to the truss was the first of four new solar arrays, dramatically increasing the size of the station and its capability. The P6 Truss is 240 feet long (73 meters) and weighs 17, 000 pounds (7,700 kilograms). During the final EVA, Tanner and Noriega also prepared the station for the future arrival of the Destiny Laboratory module. Tanner and Noriega spent a total of 19-hours and 20-minutes performing spacewalks.

Before Endeavour undocked from the station, supplies were transferred from the orbiting laboratory back to the shuttle.