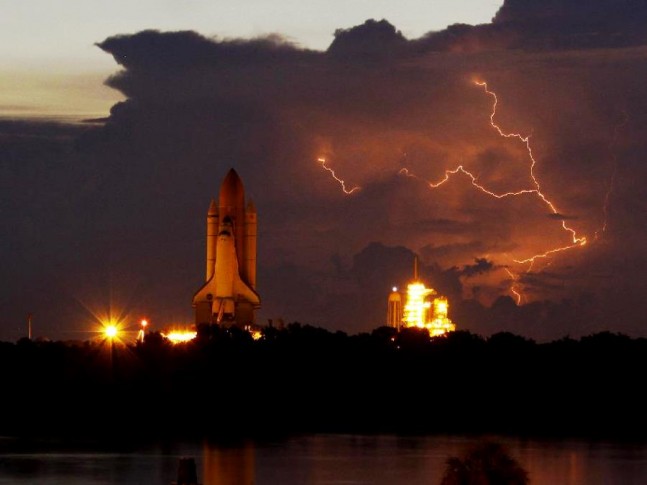 There were three spacewalks carried out during the mission: EVA 1 was conducted by Olivas and Stott which  lasted six hours, 35 minutes. They prepared to replace an empty ammonia tank on the space station’s truss by releasing it bolts. They also retrieved the Materials International Space Station Experiment (MISSE ) and the European Technology Exposure Facility (EuTEF ) mounted outside the Columbus Laboratory.

EVA 2 was again led by Olivas but this time Fuglesang joined him on another six hour, 39 minute spacewalk removing the ammonia tank from Discovery’s payload bay, using the Robotic Arm operated by Ford and Stott, and replaced it with the used tank from the station. With this EVA, Fuglesang became the first non-American or Russian to have participated in four or more spacewalks. The last EVA lasted exactly seven hours and one minute, when Olivas and Fuglesang prepared the space station for the arrival of the Tranquility node by attaching cabled between the starboard truss and the Unity node. The spacewalkers also replaced a communications sensor device, installed two new GPS antennas, and replaced a circuit breaker.

Stott remained on the station as an Expedition 20 flight engineer replacing Timothy Kopra.

Discovery and her crew landed on September 11, 2009 at 8:53 p.m. (0053 GMT) at Edwards Air Force Base in California. The mission was completed in 13 days, 20 hours, and 53 minutes. This was Discovery’s 37th mission to space and the 30th mission of a space shuttle dedicated to the assembly and maintenance of the International Space Station.