Our Spaceflight Heritage: The imperfect flight of STS-113 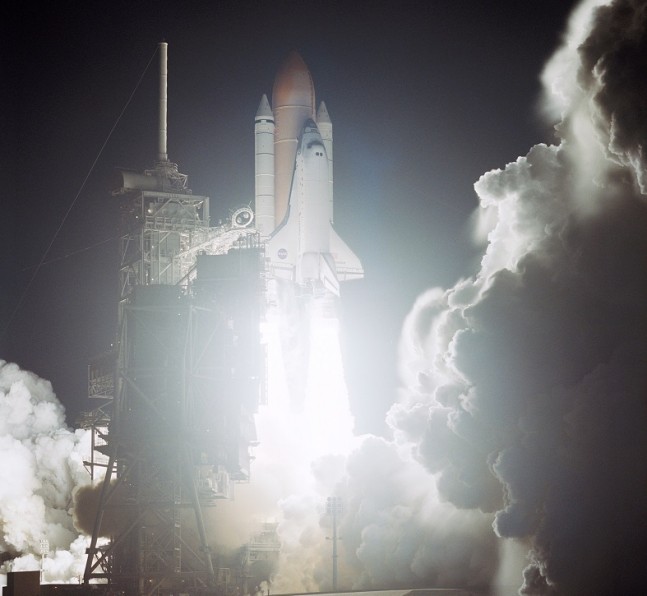 Twelve years ago today on Nov. 23, 2002, Space Shuttle Endeavour lifted-off at 7:49 p.m. EST (1149 GMT) from Launch Complex 39A at Kennedy Space Center in Florida. Aboard the shuttle, the crew was ready to carry out the 112th mission of the program. Led by commander Jim Wetherbee, the crew included pilot Paul Lockhart, and mission specialists Michael Lopez-Alegria and John Herrington. In front are astronauts Jim Wetherbee (right) and Paul Lockhart. Behind them in EMUs are Mike Lopez-Alegria (left) and John Herrington,

The STS-113 crew were responsible for ferrying members of Expedition Six to the International Space Station (ISS), including Ken Bowersox, Nikolai Budarin, and Don Pettit. This marked the 16th shuttle mission to the orbiting laboratory and the final time a Russian cosmonaut would fly on a Space Shuttle.

The shuttle and station crews shared 4,340 pounds (1,969 kilograms) of cargo which was transferred between the two orbiting structures. 2,500 pounds were brought in Endeavour‘s payload bay alone, including the Micro-Electromechanical System (MEMS) Based Pico Satellite Inspector and two small satellites that were deployed via a tether after Endeavour undocked from the Station.

During the mission, Peggy Whitson (Expedition 5) along with new crewmember Pettit, worked on the Microgravity Science Glovebox (MSG) aboard the station. The MSG allows experiments with fluids, flames, particles or fumes to be performed in an enclosed environment.

Endeavour‘s flight did not go off without a hitch. The mission was postponed three times before its official launch day. On Nov. 10, 2002 the first launch attempt, scheduled for the following day, was scrubbed due to an oxygen leak in the crew compartment. The date was then moved to Nov. 18, allowing technicians to repair the leak.

Another issue arose when a platform used to access the oxygen line bumped the robotic arm in the shuttle’s payload bay.

Two days later, STS-113 mission managers cleared Endeavour of its technical issues after gaseous and nitrogen flex hoses in the Environmental Control and Life Support System (ECLSS) were repaired. The last launch attempt was postponed on Nov. 22 when managers determined there were poor weather conditions at one of the Transoceanic Abort Landing (TAL) sites.

STS-113 continued construction efforts to expand the ISS by delivering the P-1 Truss. The truss was attached to the orbiting outpost on Nov. 26, by mission specialists Herrington and Lopez-Alegria. It took the duo three spacewalks to configure it.

STS-113 officially came to a close on December 7, 2002 when Space Shuttle Endeavour glided to a stop on Runway 33 at 2:37 p.m. EST (1937 GMT) at Kennedy Space Center. The mission ended after traveling 5.7 million miles in just 13 days, 18-hours, 48-minutes and 38-seconds. Endeavour‘s return to Earth with commander Wetherbee and pilot Lockhart along with mission specialists Lopez-Alegria and Herrington were the Expedition Five crew. Strapped in Endeavour‘s middeck, the journey home ended safely for commander Valery Korzun, flight engineer Sergei Treschev and science officer Peggy Whitson, who were aboard the ISS for 185 days.

STS-113 was Endeavour‘s 19th flight, and its last flight until 2007. Endeavour and the rest of the shuttle fleet were temporarily grounded following the Columbia disaster on Feb. 1, 2003.