Our Spaceflight Heritage: STS-1- The start of a new era 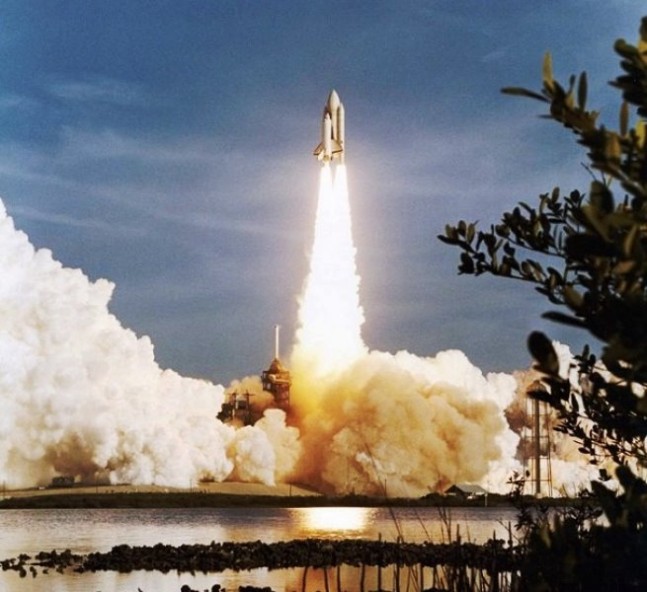 On this day in 1981, Space Shuttle Columbia stood on launch Pad 39A, two astronauts sat strapped into their seats on the flight deck preparing its maiden launch of the program – STS-1.

John Young, the commander, had already flown in space four times, including a walk on the Moon in 1972. Bob Crippen, the pilot, was a Navy test pilot who would go on to command three future shuttle missions. But nothing either man had done or would do was quite like this. Crippen was the rookie astronaut thrilled to be piloting a mission. “I was doing handsprings,” said Crippen. His mastery of Columbia’s sophisticated computer systems garnered Young’s appreciation. “I was really lucky to have Bob Crippen with me because he knew all the software end to end,” said Young. “He was a swell fellow and really smart about the vehicle (Charlie Plain).”

Despite some anamolies such as damage to the thermal protection tiles and heat shield, the mission was successfully completed two days later. After some modification to launch and re-entry procedures, space shuttle Columbia would fly for the next for missions.

Ultimately, STS-1 would go down as what it was – a bold test flight to determine if a rocket launch into space could be converted into a round-trip ticket. Adventure of that magnitude and discovery usually go hand in hand. For Young, Crippen and the space agency as a whole, the first flight of Columbia was no exception.

“We sure learned a lot,” said Young. “When we got back, I think (Johnson Space Center Director) Chris Kraft said it best: “We just got infinitely smarter.”