Our Spaceflight Heritage: The Journey Begins 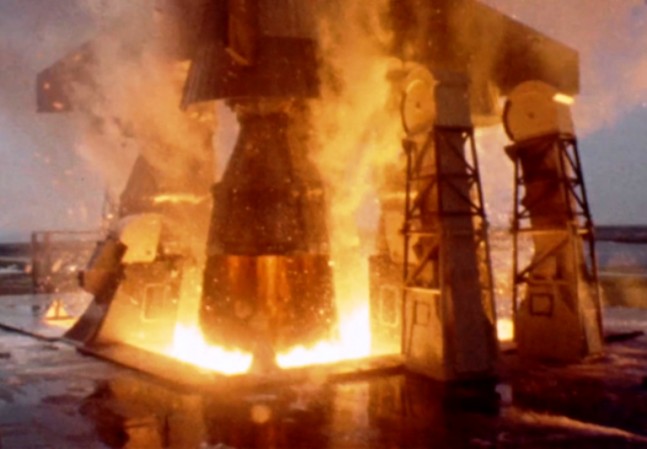 Forty-five years ago today, on July 16, 1969, three astronauts were launched aboard a Saturn V rocket from Kennedy Space Center in Florida. The launch of Apollo 11 was the start of NASA’s first attempt to land men on the Moon. It would mark the beginning of a brief period in time, when humanity walked on the surfaces of two worlds. From launch until landing, Apollo 11 would provide not only its share of white-knuckle moments – but it would also redefine how humanity views itself. Much like the three launches of the Saturn V which took place in the eight months prior to the flight of Apollo 11, this mission would be the first time that the whole process, which included two launches, one landing and a splash down would be tried. Unlike Apollo 8 and Apollo 10, which only orbited the Moon; Edwin “Buzz” Aldrin, lunar module pilot, and Neil Armstrong, commander, would attempt to land on the Moon’s dusty surface using the Lunar Module (LM) dubbed the “Eagle” to explore a region of the Moon named the Sea of Tranquility. Michael Collins, command module pilot, would remain in orbit aboard the Command and Service Modules (CSM) Columbia. The 363-foot tall Saturn V was launched from Launch Complex 39A at 9:32 a.m. (EDT). The booster was developed to be capable of lifting an estimated 260,146 pounds (118,000 kg) to orbit. This amount was exceeded on subsequent missions, especially Apollo 15. Onboard the  spacecraft, the Apollo 11 crew cleared Earth after one and a half orbits when the S-IVB third-stage engine pushed the Apollo spacecraft and Lunar Module toward their trajectory toward the Moon with the trans-lunar injection (TLI) burn. This view of Earth showing clouds over water was photographed from the Apollo 11 spacecraft following trans-lunar injection. Photo Credit: NASA

About 30 minutes later the command/service module pair separated from this last remaining Saturn V stage and docked with the Lunar Module which was still nestled in the Lunar Module Adapter. After the Lunar Module was extracted, the combined spacecraft then headed for the Moon, leaving the third stage booster flew on a trajectory past the Moon and into heliocentric orbit. While Apollo 11 had cleared the initial hurdle of being propelled out of Earth’s atmosphere and on its way to the Moon, the trio had a number of challenges waiting for them. While some were anticipated – others were unexpected. In the end, Apollo 11 would go down as one of the most pivotal efforts in human history.