Our SpaceFlight Heritage: The flight of Freedom 7 fifty four years ago 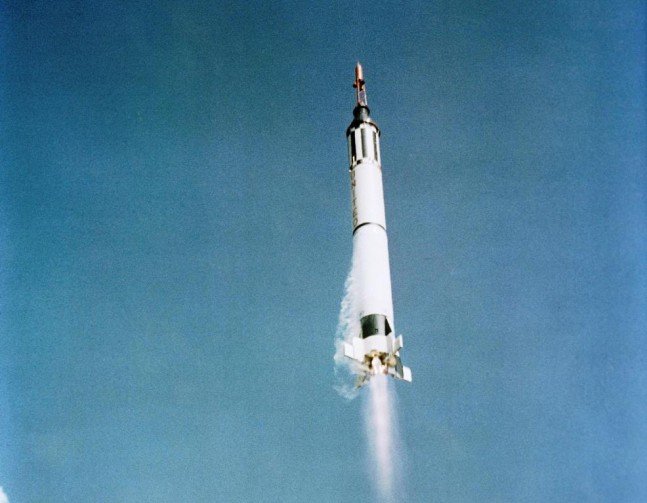 Today marks the 54th anniversary of the flight of the Freedom 7 Mercury spacecraft. Photo Credit: NASA

Fifty four years ago today, Alan Shepard Jr. became the first American in space flying aboard the Mercury capsule Freedom 7. Shepard and his ship lifted off atop a Redstone rocket from Cape Canaveral Air Force Station’s Launch Complex 5 and followed by a successful splashdown in the Atlantic after a flight lasting just over 15 minutes.

An estimated 45 million television viewers watched the launch which finally lifted off at 9:34 a.m. EST (13:34 GMT), after several delays. Shepard spent his flight testing flight controls switching back and forth from auto to manual.

His secondary objective was to take observations from the built-in periscope (the earlier Mercury capsules did not have windows) and was able to identify land masses and lakes apart from clouds. Freedom 7 reached a top speed of 5,180 m.p.h. (8,336 km/h), not enough to stay in orbit, but enough for a suborbital flight that had him travel slightly more than 300 miles (486 km) down range.

Though the Soviet Union had achieved the goal of putting the first human into space and orbit with Yuri Gagarin’s flight three weeks prior, President John F.Kennedy took Freedom 7’s flight a few weeks later to “raise the bar” and proposed that the United States send a man to the surface of the Moon and then have him return safely to the Earth.

In so doing, the young president kicked off the race to the Moon which consumed most of the sixties. Eight years later, Apollo 11 landed on the Moon, and in 1971, ten years after Shepard’s flight on Freedom 7, Shepard himself walked on the Moon as the Commander of Apollo 14.

Shepard has been quoted on what it took to get crews into the lunar gravitational sphere, the effort required to land astronauts on the surface of another world.

Great stuff. Still. It does remind us just how far we HAVEN’T come in spaceflight.