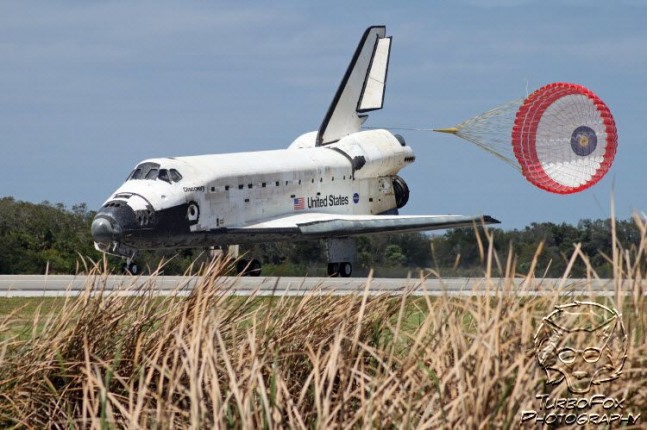 After Discovery safely delivered the ExPRESS Logistics Carrier 4, Robonaut 2, SpaceX DragonEye sensor and other experiments and payload to the space station. The mission saw its start from Launch Complex 39A on February 24, 2011. After Discovery landed there would be two more missions before the shuttle era drew to a close.

Andy Sokol earned a Bachelor’s degree in Aerospace Engineering and a Master’s degree in Space Systems from Florida Institute of Technology. He dedicated the first nine years of his career working hands-on with NASA’s Space Shuttle fleet as an orbiter structures/airframe engineer. Photography was one of his hobbies during his education & career, and his unique visual perspectives of the space shuttle quickly became highly respected. As his portfolio grew & diversified, Andy formed TurboFox Photography in 2009 to provide fine art & portrait services. He participates in juried art shows across Florida, through which he has received multiple awards.