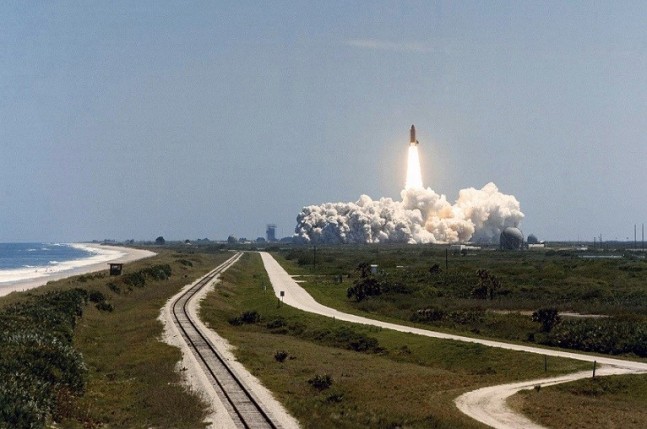 CAPE CANAVERAL, Fla — It’s been more than 30 years since space shuttle Challenger blazed a trail across the skies of Florida. The orbiter conducted its maiden flight on April 4, 1983. This image, provided by SFI partner Retro Space Images – details the first time Challenger was launch from Launch Complex 39 at NASA’s Kennedy Space Center in Florida.

The STS-6 mission with its crew of four would mark the first of its ten flights into the black of space. Sadly, the orbiter was lost with all hands on January 28, 1986 just 73 seconds after liftoff on mission STS-51L.