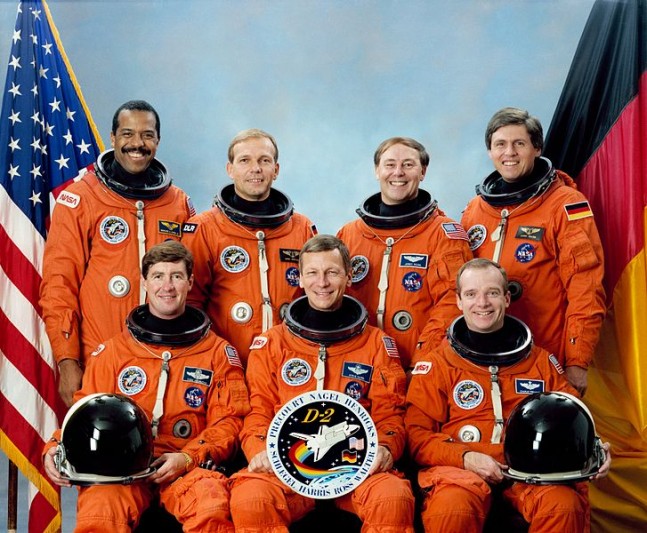 On this day in 1993, the crew of STS-55 launched aboard space shuttle Columbia with the German payload SpaceLab demonstating the team’s abiliy for international cooperation and scientific research.

However, the mission enocuntered problems when an overheating orbiter refrigerator/freezer unit in middeck forced reliance on backup to store experiment samples and a leaking nitrogen line in wastewater tank required an on-orbit fix. Communications with Columbia was lost for about an hour and a half on May 4 due to errant command from Mission Control in Houston. On May 2, mission managers determined enough electrical power remained to extend the flight by one day.