Our Spaceflight Heritage: NASA celebrates 100 years of NACA with symposium 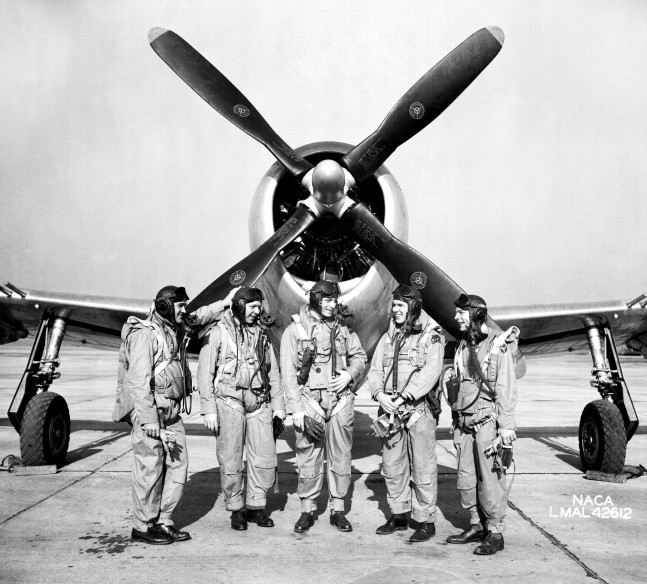 NASA's predecessor, the NACA, was formed 100 years ago and helped shape the future of aviation and spaceflight. Photo Credit: NASA

On March 3 and 4, NASA and the Smithsonian Air & Space Museum are hosting “The NACA Centenary: A Symposium on 100 Years of Aerospace Research and Development.”  This event is open to the public and is being held at the National Air & Space Museum in Washington D.C. and broadcast on NASA TV. The National Advisory Committee for Aeronautics (NACA) is the predecessor of NASA and was founded on March 3, 1915.

Charles Bolden commented, “Both NASA and the NACA have had a long and fruitful relationship with the Smithsonian which is literally on display around us.”

Celebrating 100 years since the founding of the NACA. Photo Credit: NASA

Mr. Bolden also noted that the goal of the symposium was to showcase contributions the NACA has made to aeronautics. He said, “Today every US aircraft and US air traffic control tower has NASA (NACA) developed technology on board. NASA (NACA) is with you when you fly.”

Various presentations and panels were held on Tuesday morning and afternoon, and also today discussing the history and impact of the NACA done by various speakers from NASA, academia, aerospace museums, and the aerospace industry. You can follow today’s events here.

In 1912, the United States was starting to voice concerns about Europe’s lead in aviation. President William Taft had tried to form an Aerodynamical Laboratory Commission, but failed to get it approved by Congress.  By 1915, European militaries had 400-800 planes, while the United States military had less than 20 aircraft. World War I was already raging throughout Europe, but the USA was not yet involved.

Smithsonian Secretary Charles D. Walcott took up the cause and was able to get new legislation passed hidden deep within the 1915 Naval Appropriation bill with the help of Senator Benjamin Tillman and Representative Ernest Roberts, and endorsement of the then Assistant Secretary of the Navy Franklin D. Roosevelt, creating the National Advisory Committee for Aeronautics (NACA). 1953 photo of the National Advisory Committee for Aeronautics (NACA) hangar at South Base of Edwards Air Force Base showed the wide range of research activities being undertaken.
Image Credit: NASA

The NACA’s purpose according to the legislation was “to supervise and direct the scientific study of the problems of flight with a view to their practical solution, and to determine the problems which should be experimentally attacked and to discuss their solution and their application to practical questions.” The initial committee consisted of 12 people, all unpaid, with a miniscule budget of $5,000 per year.

Within 5 years, the United States had not only matched the European nations in aerospace, but was well on track to become the leader thanks to the NACA. By now, the NACA had developed a large collection of wind tunnels, flight test facilities, and engine test stands. Various facilities, which are still in use today, consisted of Langley Memorial Aeronautical Laboratory, Ames, Lewis Research Center, and Muroc Flight Test Unit located at today’s Edward Air Force Base.

The NACA had decided to promote aviation not only for the military, but also for civilian aviation and by 1922 had over 100 employees. Within the next 35 years the NACA had various breakthroughs in areas of airfoils, engine cowls, and supersonic aircraft. In 1957, the current NACA director Hugh Dryden established the Special Committee on Space Technology in order to develop a space program.

In 1958, NASA was created by Congress and all of NACA’s employees and centers were folded into the new organization. The NACA had become NASA with an expanded mission not only in aeronautics, but in space flight.

Below is brief history of the NACA provided by NASA and the Smithsonian.

Video courtesy of NASA and the Smithsonian