Our SpaceFlight Heritage: Faith 7 – Saving the best for last 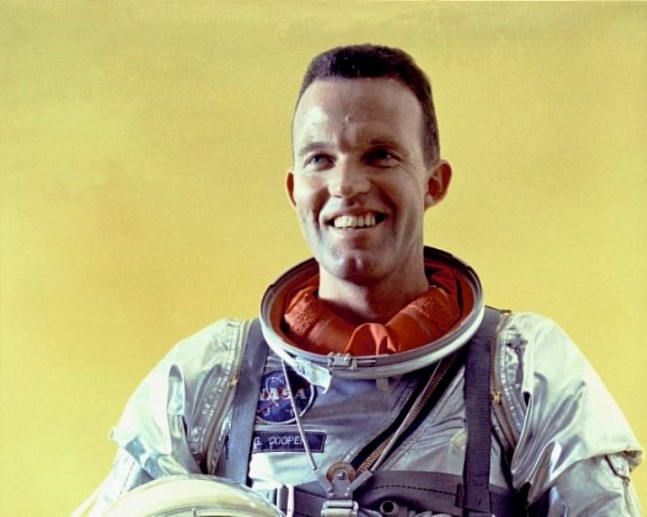 CAPE CANAVERAL, Fla — On this date in spaceflight history, May 15, 1963, the final flight of NASA’s Project Mercury got underway with a successful liftoff from Cape Canaveral Air Force Station’s Launch Complex 14 in Florida. Officially named Mercury-Atlas 9, Mercury 7 astronaut Gordon Cooper, a major in the U.S. Air Force, rode the Atlas booster to orbit, completing the Mercury missions and paving the way for NASA to send crews to the Moon just six years later.

Atlas booster 130-D and Mercury spacecraft #20 were tasked with completing this mission, which many planners felt was unneeded due to the unparalleled success that was the Mercury-Atlas 8 flight of Sigma 7 with Walter “Wally” Schirra on Oct. 3, 1962. For his part, Cooper noted during an interview for NASA’s Oral History Project that he was paying close attention to the mission that preceded his own. “Wally and I had really worked hard on trying to find a number of things we wanted to find. One, we needed to find out could you really and truly navigate from space, pilotage-wise? Could you see details enough on the ground to really, truly do some pilotage navigation? You’ve got to know I’m coming up here, and I’m coming up here, and I’m coming here. And so we had even inflated the spare Echo balloon and painted the various continents on it and built a simulated spacecraft window from the top of Hangar S and turned this balloon at the right rate so we can see what it would look like from space,” Cooper said.

In the end, Cooper’s flight was given the green light, with the final flight of Project Mercury getting its start about seven months after Schirra’s historic trip into the blackness of space. The last flight of Project Mercury had been slated to take place the day prior, on May 14. Issues with a range tracking station located in Bermuda pushed the flight back by 24 hours.

NASA had worked out an agreement with McDonnell, the manufacturer of the Mercury spacecraft in September 1962 so that they would have the capability of conducting day-long missions. This was something that Cooper had put to full effect during the flight of Faith 7. For his part, Cooper made sure to note that he was a man made for the sky.

“I get cranky if I don’t fly at least three times a month,” Cooper is quoted as saying on a NASA webpage.

Cooper would orbit the Earth some 22 times before safely splashing down in the Pacific Ocean. Cooper and the Faith 7 spacecraft were then collected by the U.S. Navy’s U.S.S. Kearsarge one day later on May 16, 1963.

Most people don’t have much of an eye for scale and would be shocked at how small a Mercury capsule actually is if they stood next to one. Truly amazing that little booger flew around and around the planet a hundred miles up.