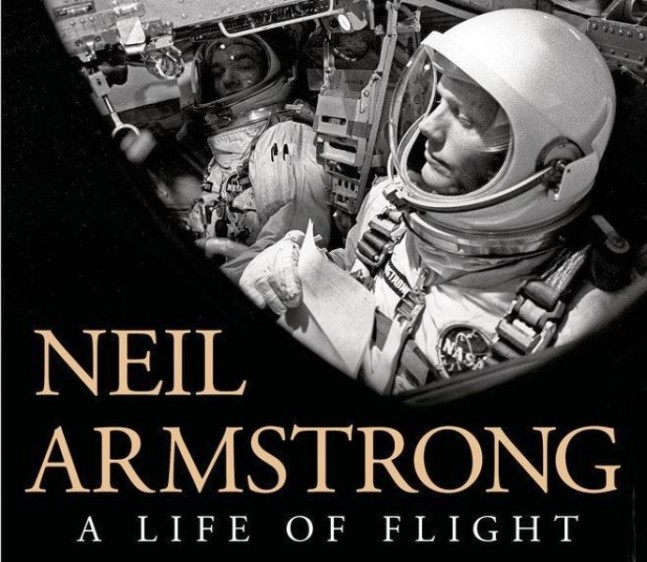 Longtime NBC News Space Correspondent, Jay Barbree, has written a new book, entitled: Neil Armstrong: A Life of Flight (Macmillan Publishers / St. Martins’s Press / Thomas Dunne Books), which is scheduled for release next week – on July 8. Barbree has authored several prior books (on spaceflight and other topics) and is the only reporter to have covered all 166 U.S. human spaceflights.

SpaceFlight Insider was lucky enough to obtain a pre-publication review copy from the author at the recent SpaceX CRS-3 launch, and I just finished up with the book earlier this week.

Overall, the book is very “readable.” Barbree is a great story-teller and the book is definitely not “dry” as some books of this genre can be. The book makes no attempt to address Armstrong’s entire life. It covers only certain selected sections, beginning, generally, with Armstrong’s service during the Korean War and continuing until shortly before his death on August 25, 2012. Along the way, Barbree touches on a number of topics, including the tragic death of Armstrong’s daughter, his entry into the astronaut corps, his selection as the commander of Apollo 11, his service on the Rogers’ Commission (The Space Shuttle Challenger disaster investigation board) and, later in life, his concern about NASA’s lack of direction with regard to human spaceflight.

Barbree has a unique ability to make even the more well known portions of Armstrong’s life seem new and exciting. For example, in Chapter 19, the section of the book dedicated to the Moon landing itself, the author is able to convincingly convey the anticipation and “white-knuckle” excitement of the moment – from the Eagle’s descent, the 1201 / 1202 alarms, the low level fuel warnings, and all the way down to “Tranquility Base” and a “bunch of guys about to turn blue.”

On the other hand, and as with most books, there are a few “issues.”

The title is a bit misleading. The book is certainly biographical in nature and focuses on many aspects of Armstrong’s life, but not necessarily on those relating to “flight.” In addition, the book’s coverage is significantly broader than the “life” of Armstrong. It actually touches on a great many historical spaceflight topics.

However, the primary “issue” is the lack of new information. Armstrong and Barbree were friends, at least as much as a public figure and a reporter can be, and the author presents the book as being a recollection of certain aspects of Armstrong’s life, based primarily upon his personal interactions. In addition, in the Introduction to the book, Barbree states that: “I shall write more in this book about Neil Armstrong than he would have liked.” This leads one to hope for / expect at least some small nuggets of new information regarding the notoriously private man. However, the book contains few of these.

In any event, most will find this book to be a good read. And given the author’s extensive experience covering the width and breadth of human spaceflight history, this book will make a solid addition to a space enthusiast’s collection. However, those who consider themselves spaceflight history “aficionados” may be a bit disappointed in the lack of new information.

Thank you for the information Scott, this book will definitely be an addition to my library. Do you have any information as to what formats will be available?