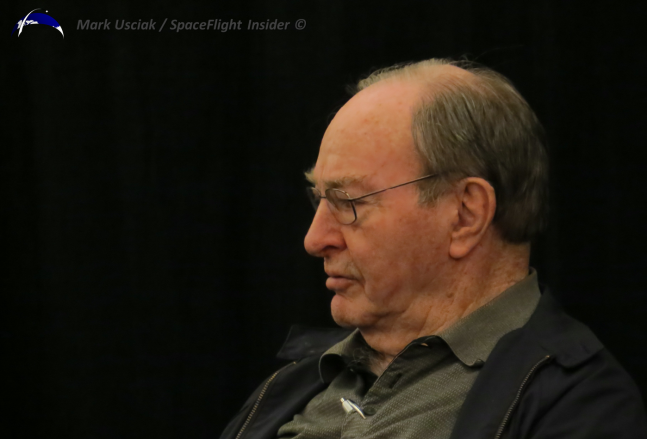 On January 31, 1971, Commander Alan Shepard–the first American in space, Command Module Pilot Stu Roosa, and Lunar Module Pilot Edgar Mitchell blasted off on top of the massive Saturn V rocket.  Their mission: to complete Apollo 13’s aborted flight, to land in the Fra Mauro Highlands of the Moon and to venture farther from their lunar module than any prior Moon landing mission. Mitchell conducted experiments into the nature of consciousness during his sole space flight. These experiments have recently been reviewed and have gained support within the scientific community.

Apollo 14 was a mixed success.  Shepard and Mitchell had difficulty locating their destination, Cone Crater, and when they found it were told to turn back.  During their lengthy Moonwalk–and in their long search for Cone Crater–they didn’t collect as many rocks as expected.  But Apollo 14 succeeded in putting humans back on the surface of the Moon, in restoring public confidence in NASA to fly a successful mission after Apollo 13 barely made it back, in once again “landing a man on the Moon and returning him safely to the Earth.” Mitchell traveled to the Moon’s Fra Mauro Highlands on a mission to accomplish the objectives laid out for the ill-fated Apollo 13 mission. Photo Credit: Lloyd Behrendt / Blue Sawtooth Studio

But for Edgar Mitchell, the flight of Apollo 14 meant something much more profound.  On the way back to Earth, as the spacecraft rotated in its passive thermal control roll, or “barbecue mode,” Mitchell looked out the window, watching the splendorous vista of stars wheeling around him—the Earth rolling by—the Sun—the Moon—and suddenly he felt a profound interconnectedness with the entire universe.  He felt to the core of his being that he was part of the universe, and the universe part of him.  It was more than the intellectual knowledge that the molecules of his body had been prototyped in an ancient generation of stars; it was that he felt that he was part of those stars.  Then, looking at the Earth, he felt a profound despair that his fellow human beings—“the crew of spaceship Earth,” as he put it—were in conflict with one another, squabbling like animals rather than behaving as highly evolved, spiritual beings. The Apollo 14 Lunar Module on the surface of the Moon in February of 1971. Photo Credit: NASA

This experience led Dr. Mitchell to a lifelong quest to understand the nature of consciousness.

After a lifetime of study, it seems Dr. Mitchell’s ideas, which have occasionally been ridiculed by mainstream scientists, may be vindicated by Dr. Robert Lanza, scientific director of Advanced Cell Technology Company, who believes consciousness does not originate in the brain, but in the quantum nature of the universe.

For his part, Dr. Mitchell is not surprised by these findings.

“I think we have fairly well established that the brain, as important as it is to the functioning of animal functions, it is not really the total source of consciousness.  Consciousness is much more than that.  We now know that it goes down into lower organisms, into the plant life, into material life, at deep levels, and we now know that it’s only handle-able and manageable through understanding of quantum studies, because it’s rooted right in the quantum world.  And that, of course, has been the most important discovery of the twentieth century, the end of the nineteenth century–Einstein, Max Planck–the greats at the end of the nineteenth century set the stage for quantum mechanics and quantum physics to emerge in the beginning of the twentieth century.  We now understand that consciousness itself is a phenomenon that can only be explained by quantum mechanics,” Mitchell said.

In 1973 Mitchell founded the Institute of Noetic Sciences, devoted to the study of consciousness.  Although he no longer physically goes to work at the Institute, he has served on the science committees and been recognized as the founder for the entire forty years of its existence, and his interest in consciousness continues.

Without a doubt, Ed Mitchell was my favorite astronaut. I was particularly interested in him because of his interest in parapsychology. I remember while serving with NASA in Huntsville, Ala., Ed was going to conduct some experiments during Apollo 14 for my colleagues who had formed a small informal group interested in psychic phenomena.