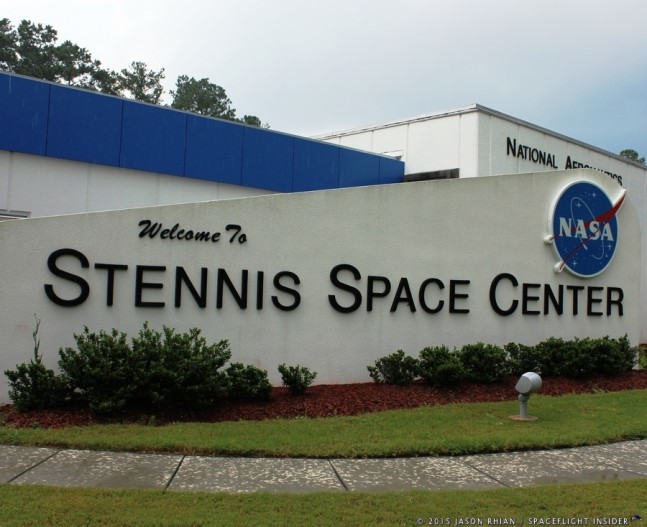 NASA’s Stennis Space Center in Mississippi and rocket engine manufacturer Aerojet Rocketdyne have signed a Space Act Agreement (SAA ) for testing of the latter’s AR1 multi-element pre-burner and main injector. The AR1 is considered to be an important offering as it is one of several domestically-produced rocket engines which could end U.S. dependence on Russian-built engines.

The AR1 is being developed for possible use on United Launch Alliance’s (ULA ) Atlas V family of launch vehicles, which currently use the NPO Energomash RD-180 rocket engine in the booster’s first stage. When asked, representatives with the company provided details as to what would occur at the E1 test stand.

According to the company, this agreement builds on the current assembly and testing of the company’s RS-68 and RS-25 engines at NASA’s Stennis Space Center. AR will now utilize an incremental approach to implement this plan.

“The AR1 Program is using a stair-step approach to validation and verification testing to incrementally reduce technical and programmatic risk. Incremental testing of key hardware allows risk to be reduced as the design is matured. Testing at the sub-scale and full-scale component levels can be conducted more cost-effectively than waiting for full engine-level testing. It can also be conducted earlier in the overall engine development cycle, allowing knowledge gained to be incorporated into the full-scale engine,” Mahone said.

Under the SAA, Aerojet Rocketdyne will pay NASA’s Stennis Space Center to modify the E-1 Complex cell 2 during a period that should last about half a year. The modifications should see the test stand configured to support AR1 staged combustion testing.

“This is another example of Aerojet Rocketdyne’s focus to maintain schedule for the United States to be able to have AR1 ready to fly in 2019, to keep our country on track to end dependence on Russian engines,” said Aerojet Rocketdyne’s Julie Van Kleeck, vice president of Advanced Space & Launch.

The AR1 has two combustion devices, a pre-burner and main injector/combustion chamber. These two components are crucial to the operation of the rocket engine. Aerojet Rocketdyne has maintained a busy schedule recently, conducting a subscale pre-burner hot-fire testing at NASA Marshall Space Flight Center in Huntsville, Alabama.

The AR1 rocket engine is described as being capable of producing an estimated 500,000 pounds-force (2.2 MN) of thrust at sea level and is equipped with an oxygen-rich staged combustion kerosene technology that should allow it to be used on an array of U.S. boosters.

“We are using a stair-step approach to eliminate the highest risk items first in our AR1 engine development program to ensure earliest possible delivery,” Van Kleeck said. “By incorporating additive manufacturing and other new processes, materials and techniques into our plan, we offer the Nation a timely, cost-efficient path to end reliance on the Russian engines.”

Aerojet Rocketdyne has been working to be at the forefront of the use of additive manufacturing, more commonly known as 3-D printing. It is hoped this relatively new technology will help to drive down the cost of sending payloads to orbit.

Rumor has it that they actually intend to attach the engine to the rear end of a pig.