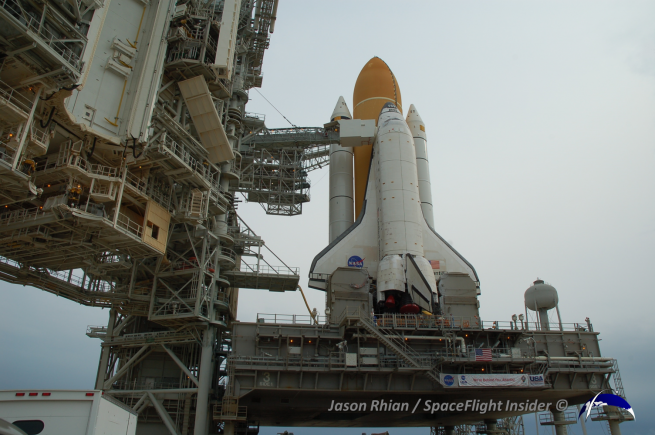 Just weeks after NASA published a Request for Proposal (RFP) for the second stage of its Commercial Crew Program, the Space Agency announced yet another step in the direction of increased privatization of space operations. Coming at the heels of a ruling by the Government Accountability Office (GAO) dismissing an attempted protest by Blue Origin LLC, NASA was cleared to enter final negotiations with SpaceX for the commercial use of historic Kennedy Space Center’s Launch Complex (LC-39A).

The transition of LC-39A to private use – is significant both operationally and symbolically. The lease of one of Kennedy’s two launch pads is part of NASA’s wider vision for expanding its efforts to empower commercial companies. The close partnership between the government and private industry is intended to encourage greater collaboration and, according to a NASA press release, “transform Kennedy Space Center into a 21st century launch complex.”

SpaceX has made great strides since its founding in 2002. The company is one of only a small handful of companies selected to participate in both NASA’s commercial cargo and crew programs. Photo Credit: SpaceX

While SpaceX would maintain and have priority access to LC-39A, a statement from the company confirmed it will “gladly accommodate other commercial providers” interested in its use. Assurances of open availability to LC-39A may in part be a response to the postponement of NASA’s announcement, which was prompted by Blue Origin’s GAO protest lodged in September of this year. The company, headed by Amazon founder Jeff Bezos, alleged that NASA’s selection process appeared to offer undue advantage to one or more of Blue Origin’s competitors. The GAO disagreed, allowing NASA to publically confirm the selection of SpaceX as the winning bid.

In addition to its new management responsibilities, SpaceX is also one of two partners certified through NASA for commercial resupply deliveries to the International Space Station (ISS) as well as one of three firms working to send crew to the orbiting laboratory.

As a result this decision expands SpaceX’s ongoing presence as a dominant player in government aerospace contracts. This announcement carries added symbolic weight as a consequence of Kennedy Space Center’s place in American aerospace history. Together Launch Complexes 39A and B hosted the country’s most memorable programs in manned spaceflight, including Apollo, Skylab, Apollo-Soyuz and the space shuttle. LC-39A in particular holds great significance in the history of space exploration. The first flight to the Moon (Apollo 11), the first space shuttle flight (STS-1), and the final space shuttle flight (STS-135) all originated on that pad.

Due in large part to this legacy, NASA’s confirmation of a commercial operator for this landmark demonstrates the Agency’s deep commitment to incorporating private industry at a greater degree than at any point in its storied past. Who knows, with NASA’s ongoing commercialized transformation, LC-39A may once again be at the center of an American aerospace revolution.

“SpaceX is pleased to have been selected by NASA to enter into final negotiations for the use and operation of the historic Launch Complex 39A at Kennedy Space Center.  As previously stated, SpaceX will gladly accommodate other commercial providers interested in using launch complex 39A for NASA human-rated orbital spaceflight,” said SpaceX’s Hannah Post in a recent announcement from the company.