Orion spacecraft transported to VAB for the Artemis 1 mission 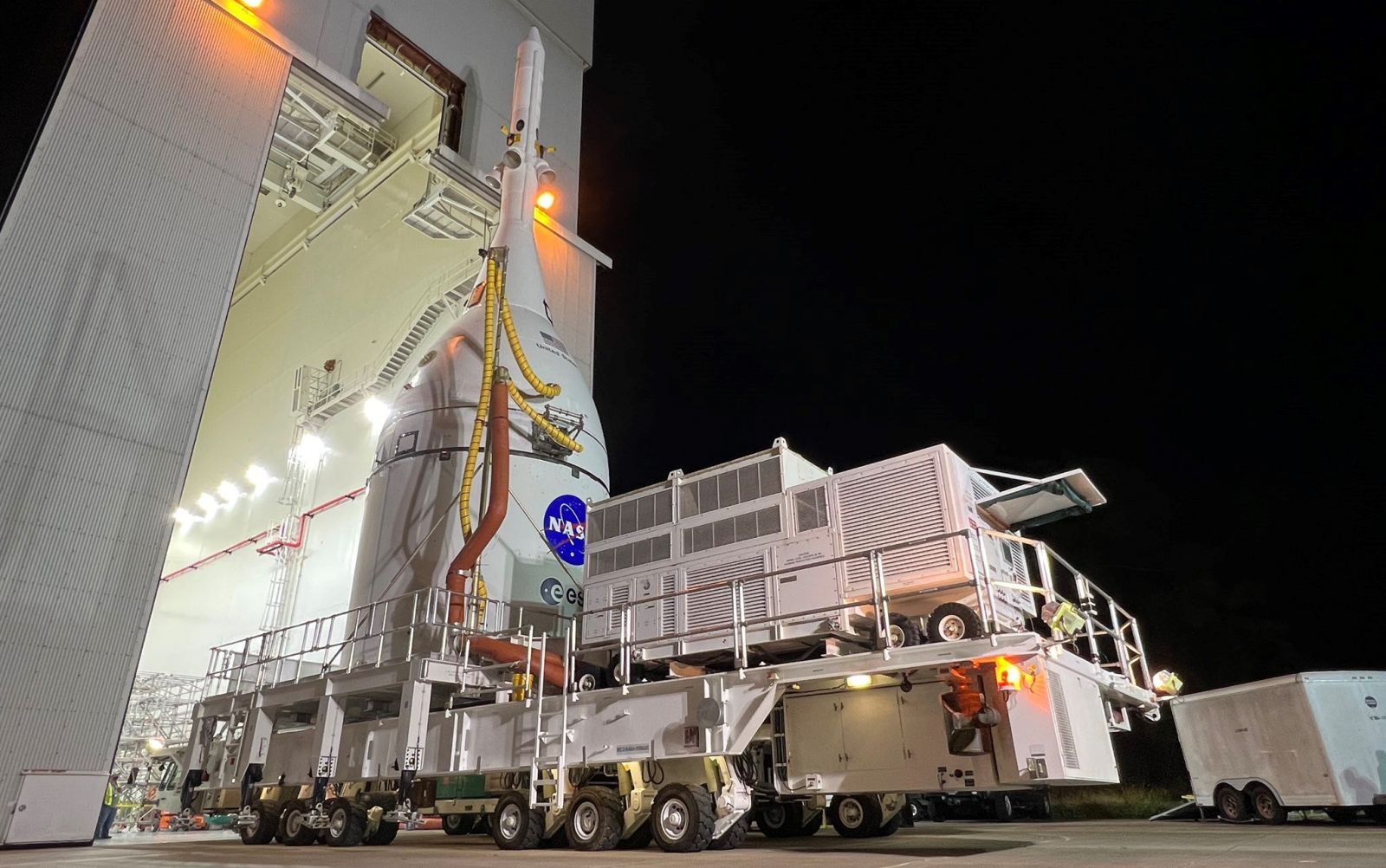 The Orion spacecraft for the Artemis 1 mission exited the Launch Abort System Facility shortly after midnight local time to make the trek to the Vehicle Assembly Building. Credit: NASA

NASA completed a significant milestone in the completion of its giant Space Launch System rocket as the Orion capsule was transported to Vehicle Assembly Building in the overnight hours of Oct. 19.

Fabricated at NASA’s Michoud Assembly Facility in New Orleans, the Orion capsule that is being used for the Artemis 1 mission, the first test flight of the SLS rocket, was transferred overnight from the Launch Abort Systems facility to the Vehicle Assembly Building at Kennedy Space Center in Florida. 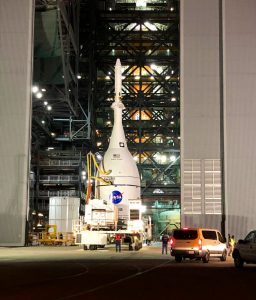 The Orion spacecraft enters the Vehicle Assembly Building. In the background you can see the Space Launch System rocket for the Artemis 1 mission. Credit: NASA

The capsule was moved in the overnight hours in order to create a better external environment for the capsule given the cooler temperatures and lack of direct sunlight. It will also allow for the integration process to begin in the afternoon hours mating the capsule to the SLS rocket.

Integration is expected to take approximately 72 hours from start to finish. Once complete, the final steps before launch will be underway for a liftoff no earlier than early 2022.

The Artemis 1 mission will act as a proof of concept for both the SLS rocket and the Orion capsule. The nearly 26-day mission hopes to send the capsule in a retrograde orbit around the Moon before bringing the capsule back to Earth to splashdown in the Pacific Ocean.

If all goes according to plan, Artemis 1 will certify Orion and the SLS for human flight.

As the Artemis 1 SLS begins its final assembly, NASA is already preparing for future Artemis missions 2 and 3 at Kennedy Space Center.

The European Service Module, or ESM, is the service module for the Orion spacecraft. Built by the European Space Agency, this unit provides in-space propulsion and solar power to the capsule itself.

Fabricated in Germany, the second ESM (the first is already attached to the Orion capsule being used for the Artemis 1 mission) has already made its way to Kennedy Space Center in preparation for Artemis 2, the first crewed flight for Orion and SLS.

Orion capsules for Artemis 2 and 3 are also being processed at the Kennedy Space Center. Once final checkouts are complete, they will eventually be mated to a launch abort system before making their way to their respective SLS rockets at the VAB in the coming years.