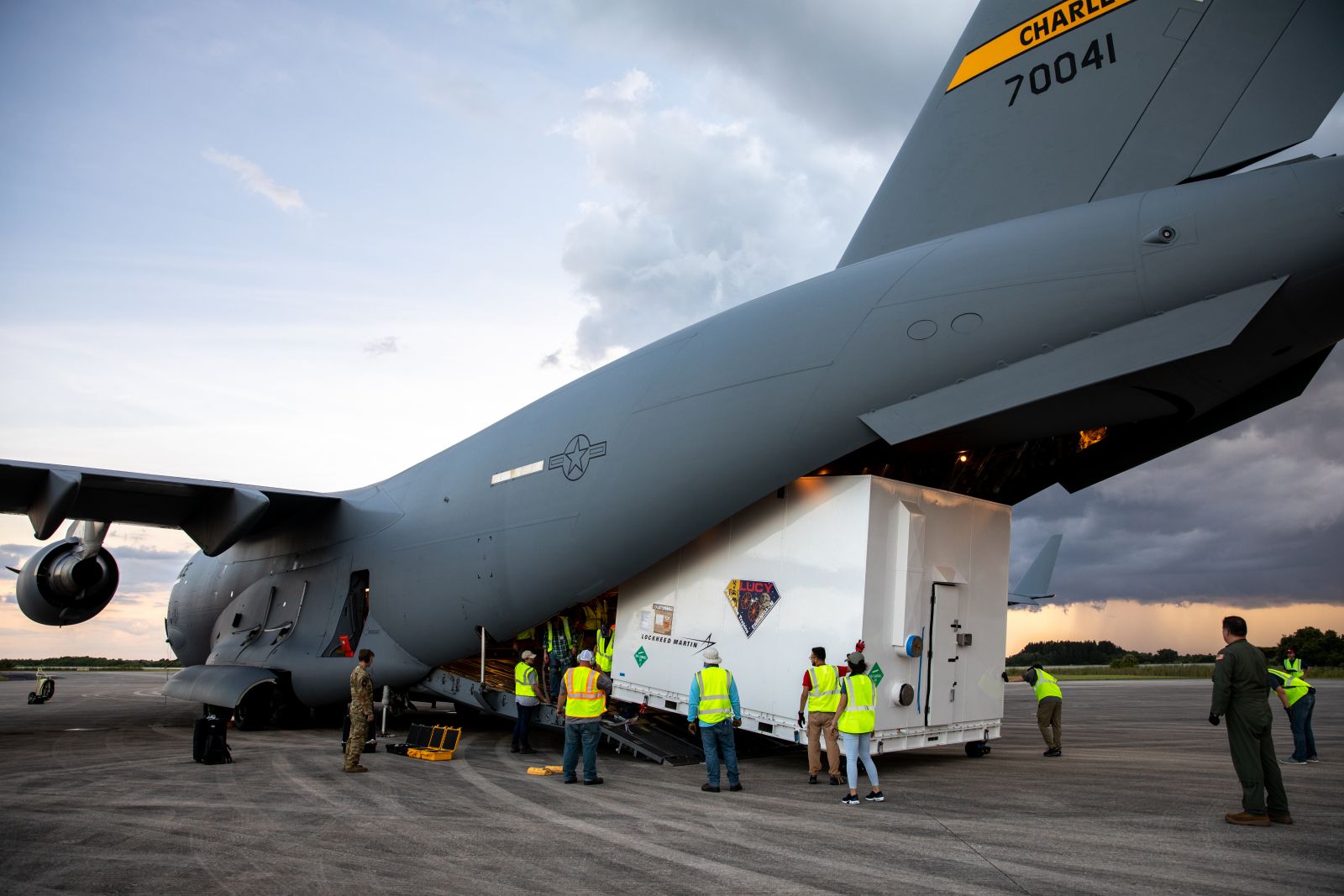 NASA’s first spacecraft to explore Jupiter’s Trojan asteroids, Lucy, has arrived in Florida in advance of its October 2021 launch.

Designed and built by Lockheed Martin in Littleton, Colorado, the spacecraft made its way safely enclosed in a cargo container from Buckley Space Force Base in Aurora, Colorado.

After Lucy arrived at KSC, it was offloaded from the behemoth aircraft and transported to the Astrotech spacecraft processing and checkout facility to receive final preparations and fueling before its launch atop a United Launch Alliance Atlas 5 rocket. Liftoff is slated to occur during a 23-day window that opens Oct. 16.

“It takes a lot of coordination and careful planning to get this spacecraft to its launch site, and I’m very proud of the team who worked so tirelessly through a global pandemic to get us to this moment,” Rich Lipe, Lockheed Martin Lucy program manager, said in a NASA news release.

Lucy represents NASA’s first mission to the swarm of asteroids known as the Jupiter Trojan asteroids. These are a cluster of asteroids located on either side of Jupiter and along its same orbital path.

The mission is expected to involve taking the spacecraft on two separate passes of Earth for gravity-assisted boosts: one in 2022 and another in 2024. From there, Lucy will begin its journey to seven separate asteroids in the Trojan swarm.

The mission was aptly named after the Lucy hominem skeleton, which represented a key building block in the evolutionary process of the human species. NASA hopes this mission will help to discover the foundational blueprints that point toward the early beginnings of the solar system.