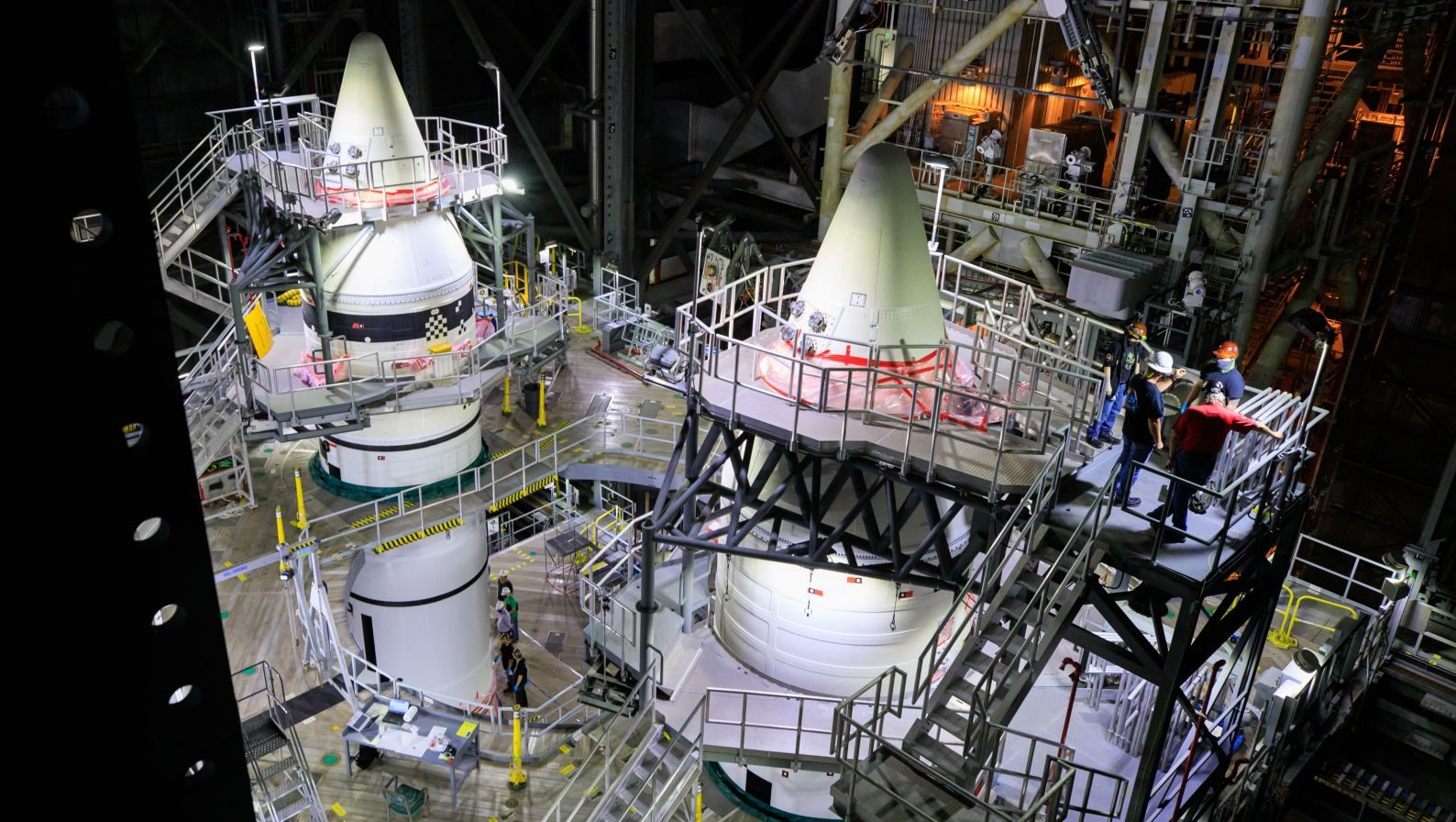 NASA finishes stacking the twin solid rocket boosters that will provide the bulk of the thrust for the Space Launch System during its first two minutes of flight. Credit: NASA

NASA has finished stacking the twin five-segment solid rocket boosters for “the most powerful rocket in the world,” the massive Space Launch System.

The 177-foot-tall (54-meter-tall) boosters will be used to provide the bulk of the thrust for the first two minutes of flight when the first SLS lifts off the pad. Called Artemis 1, the mission is set to send an uncrewed Orion spacecraft on a month-long flight around the Moon no earlier than November 2021. 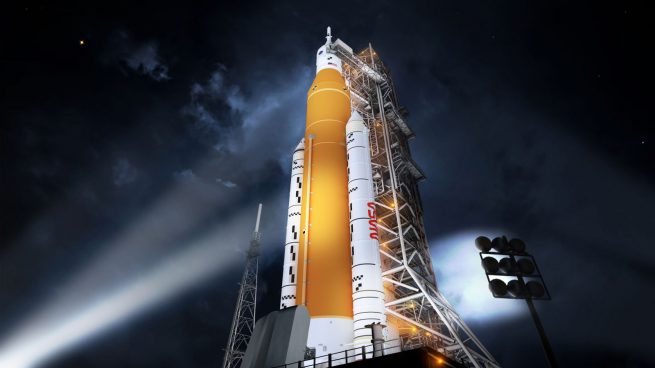 An artist’s rendering of a Block 1 SLS rocket with its twin solid rocket boosters on the launch pad. Credit: NASA

“Seeing the Space Launch System solid rocket boosters stacked completely on the Mobile Launcher for the first time makes me proud of the entire team especially the Exploration Ground Systems crew at Kennedy who are assembling them and also the teams at Marshall and Northrop Grumman who designed, tested and built them,” Bruce Tiller, the SLS boosters manager at NASA’s Marshall Space Flight Center, said in an agency news release. “This team has created the tallest, most powerful boosters ever built for flight, boosters that will help launch the Artemis 1 mission to the Moon.”

Engineers began placing the segments on the SLS rocket’s Mobile Launcher on Nov. 21, 2020, inside the massive Vehicle Assembly Building at NASA’s Kennedy Space Center in Florida. However, the majority of the work picked up in January 2021 and was completed March 2 with the attachment of the nose cones.

Technicians are now waiting for the giant 212-foot-tall (65-meter-tall) orange core stage to arrive from NASA’s Stennis Space Center in Mississippi, where it is currently awaiting a second attempt at a full-duration firing. This is the last step in the stage’s Green Run testing.

The hot fire test is set for March 18. If successfully completed, the core stage will be shipped to Kennedy Space Center to be integrated between the twin solid rocket boosters. 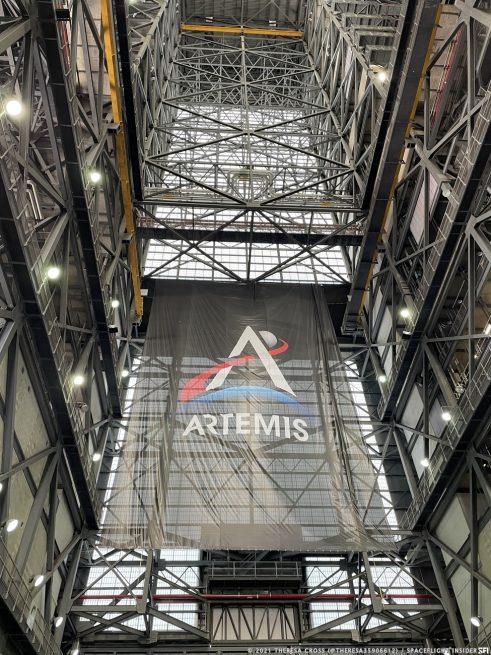 The SLS rocket, the backbone of NASA’s Artemis program, is being assembled inside the voluminous Vehicle Assembly Building. Credit: Theresa Cross / Spaceflight Insider

Ahead of the core stage arrival, technicians working on the boosters still need to finish the installation of pyrotechnics and electrical instruments.

The mega-rocket with its two solid rocket boosters is capable of producing up to 8.8 million pounds (nearly 40,000 kilonewtons) of thrust which is about 15% more power at launch than the Apollo-era’s Saturn 5 rocket.

The solid rocket boosters are stacked on the Mobile Launcher, which includes a 370-foot-tall (113-meter-tall) steel service tower. Once the core stage is attached, a launch vehicle stage adapter, a cryogenic upper stage, the Orion spacecraft and abort tower will be added.

After stacking is completed an upgraded Apollo/Shutte-era crawler transporter will slowly move the entire rocket and Mobile Launcher to nearby Launch Complex 39B, located around 4 miles (6.5 kilometers) away, at an average speed of less than 1 mile per hour (1.6 kilometers per hour).

Exactly when the launch will occur is still up in the air. Current estimates place it sometime between November 2021 and early 2022.

Artemis 1 is the first of many exploratory and increasingly-complex missions enabling human exploration of the Moon and then on to Mars.

Under the current plan, the Artemis 2 mission is slated for no earlier than 2023 and is expected to involve sending four people, including one Canadian astronaut, on a free-return trajectory around the Moon. This would be the first time humans travel beyond low Earth orbit since December 1972.