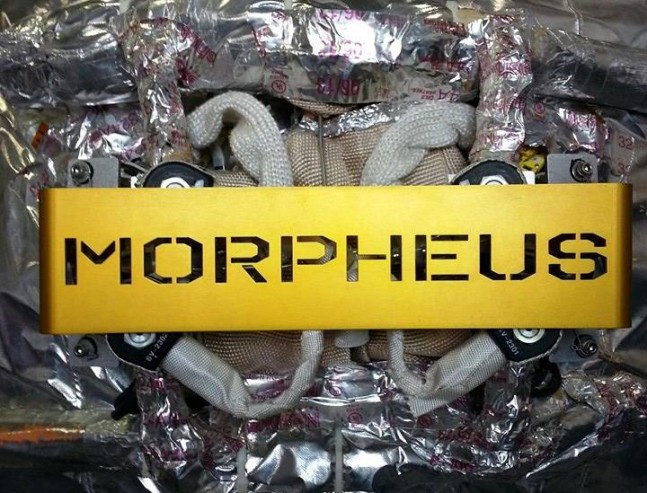 KENNEDY SPACE CENTER, Fla — Project Morpheus is looking to make history after years of development, testing, and setbacks, to become NASA’s first fully autonomous landing vehicle. Consisting of the Morpheus Lander, a relatively low-cost launch vehicle, equipped with the Autonomous Landing Hazard Avoidance Technology (ALHAT) control system, which is described by NASA engineers as being the most sophisticated hazard detection system ever assembled. NASA showed off the test article on Wednesday, May 21.

“What we’re trying to do is buy down that technology risk for future programs, so they can take already demonstrated capabilities and infuse them into their missions,” said Morpheus project manager Jon Olansen.

This project has also witnessed setbacks. The“Alpha” version of the Morpheus Lander was being test-flown at Kennedy Space Center (KSC) back in August of 2012 after carrying out a number of flight tests at NASA’s Johnson Space Center in Houston when the project encountered just such a setback. The second free-flight test of the vehicle ended in a malfunction that caused Morpheus to crash shortly after takeoff and resulted in two separate explosive events and a fire. The cause of the failure was traced back to an issue resulting in the loss of the Inertial Measurement Unit (IMU) signal, which controls in-flight orientation and velocity of the launch vehicle as part of the integrated navigation system. Though the vehicle was a complete loss, it was so early into the project that many of the high-priced components were not fully integrated. One of the mission goals for Morpheus is to test and test often, and along the way increase the understanding of this type of lander and how the technology behaves in-flight.

Morpheus has undergone some 58 development tests; 34 of which have been tethered flight-tests, 12 hot-fire tests where the vehicle is secured to the ground, and 12 free-flight tests.

Throughout the ground takeoff and landing tests that have occurred over the last six months, Morpheus has been pushed to an ever increasing height and range requirement for its flight plan. Starting with a height of 23 feet (seven meters) and a range of 10 feet (three meters), to the last three tests with the ALHAT system onboard taking the craft to an altitude of 804 feet (245 meters) and a range distance just over a quarter mile (407 meters).

After a string of 11 successful free-flight tests including multiple launches on a single day, project managers are now ready to take this experimental project to its next big development leap on Thursday, May 22.

Thursday’s flight test will not only integrate the more advanced ALHAT components, but will also be the first closed-loop flight, which means ALHAT will use its collection of sensors and flight control systems to autonomously navigate the vehicle to find and softly touchdown at a safe landing site within a specially designed “hazard field.” NASA has had a “Moon scape” set up at the end of the Shuttle Landing Facility so as to allow Morpheus to test out its capabilities. Photo Credit: Charles Z. Muller / SpaceFlight Insider

This 100 meters squared testing area located at the northern end of the Shuttle Landing Facility is specifically modeled to match an area of the Moon’s south pole, and consists of 24 craters of various sizes, several sloping corners, and hundreds of jagged rock formations.

Future missions will require vehicles to land in areas near resources like polar ice caps that are typically more hazardous than the flat terrain sites utilized on most missions. For example, if Morpheus lands near the polar ice on Mars it can use harvested ice to combine liquid water with carbon dioxide to create methane, and produce additional fuel for departing spacecraft.

Project Morpheus is testing a non-toxic propellant comprised of a mixture of liquid oxygen (LOX) and liquid methane. This fuel is considered environmentally friendly and offers similar performance to the standard LOX/hydrogen mixture used by many current launch vehicles. Methane is easier to store, safer to handle, less likely to dissipate over time, and cheaper to produce. A major component of Project Morpheus is to provide more information on this LOX/methane for use on future missions.

“The technology has developed and progressed very well, we’ve had excellent engineers from Langley, JPL, JSC, and Draper (Charles Stark Draper Labs) who have helped us along,” said Chirold Epp, a JSC project manager for ALHAT. “They gave us the original charter and basically said ‘go learn how to do this, because nobody has ever done it before.’”
The Morpheus Lander does not currently have any missions planned upon the completion of its testing at KSC. But there is some interest for the use of ALHAT technology in future missions by other projects including NASA’s asteroid initiative and the Mars 2020 mission.