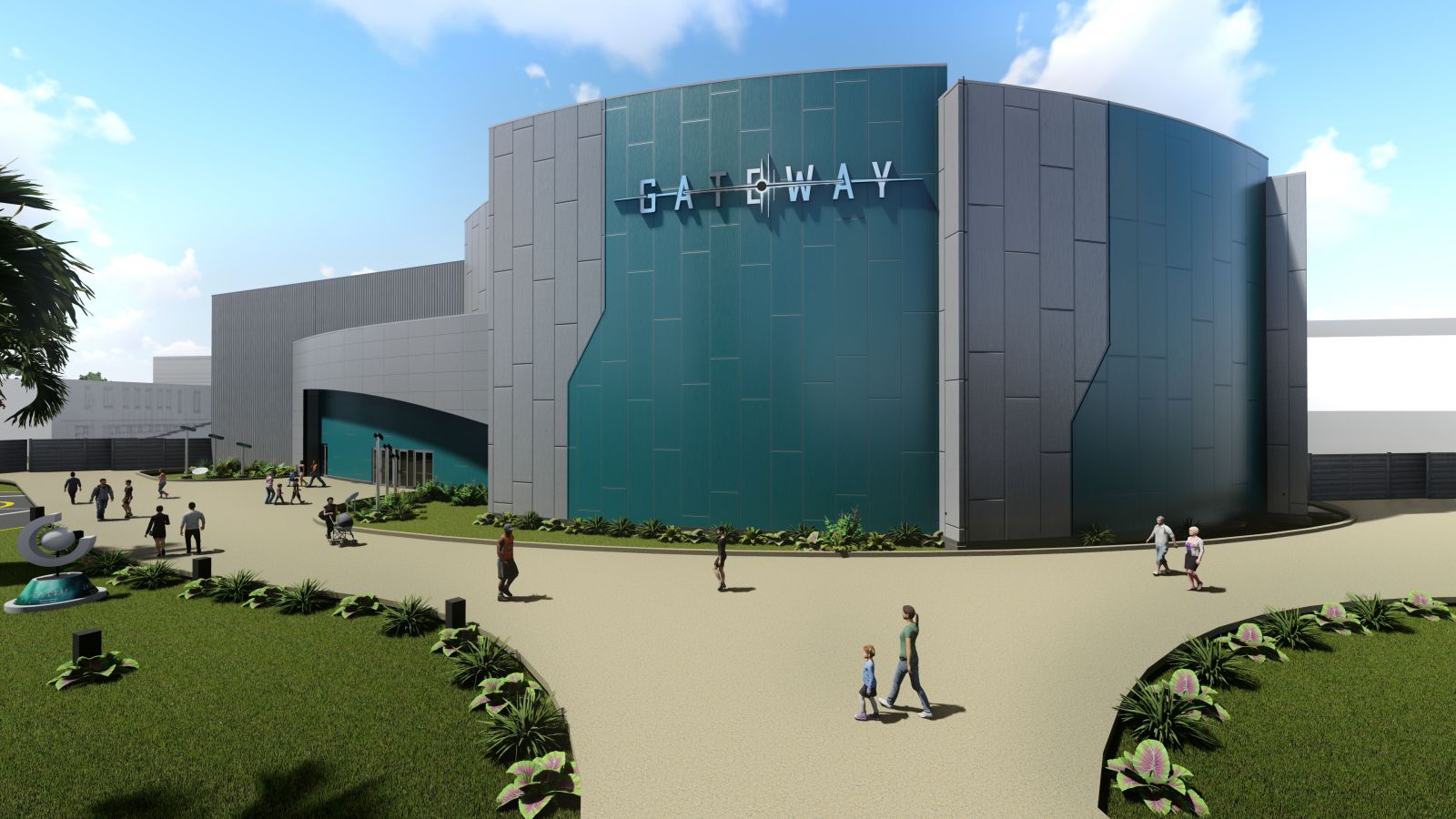 The Kennedy Space Center Visitor Complex in Florida is preparing to open what will be its first free-standing exhibit building since opening the Atlantis exhibit in 2013.

Called “Gateway: The Deep Space Launch Complex,” it is expected to host an array of current and future space vehicles used both by NASA and private industry. While most of the exhibits at the Visitor Complex showcase NASA’s storied history of human spaceflight, Gateway will be the first to bring the story of current rockets and spacecraft to life.

The heart of the exhibit will feature a SpaceX Falcon Heavy side booster. Denoted core B1023, this particular rocket supported both the Thaicom 8 mission in 2016 and the Falcon Heavy Demonstration Flight in 2018. It will be suspended from the ceiling horizontally, allowing guests to get a full view of the booster from both the ground level and second floor.

This will only be the third Falcon 9 booster to ever be displayed; the first two being at the Johnson Space Center in Houston, and SpaceX headquarters in Hawthorne, California. 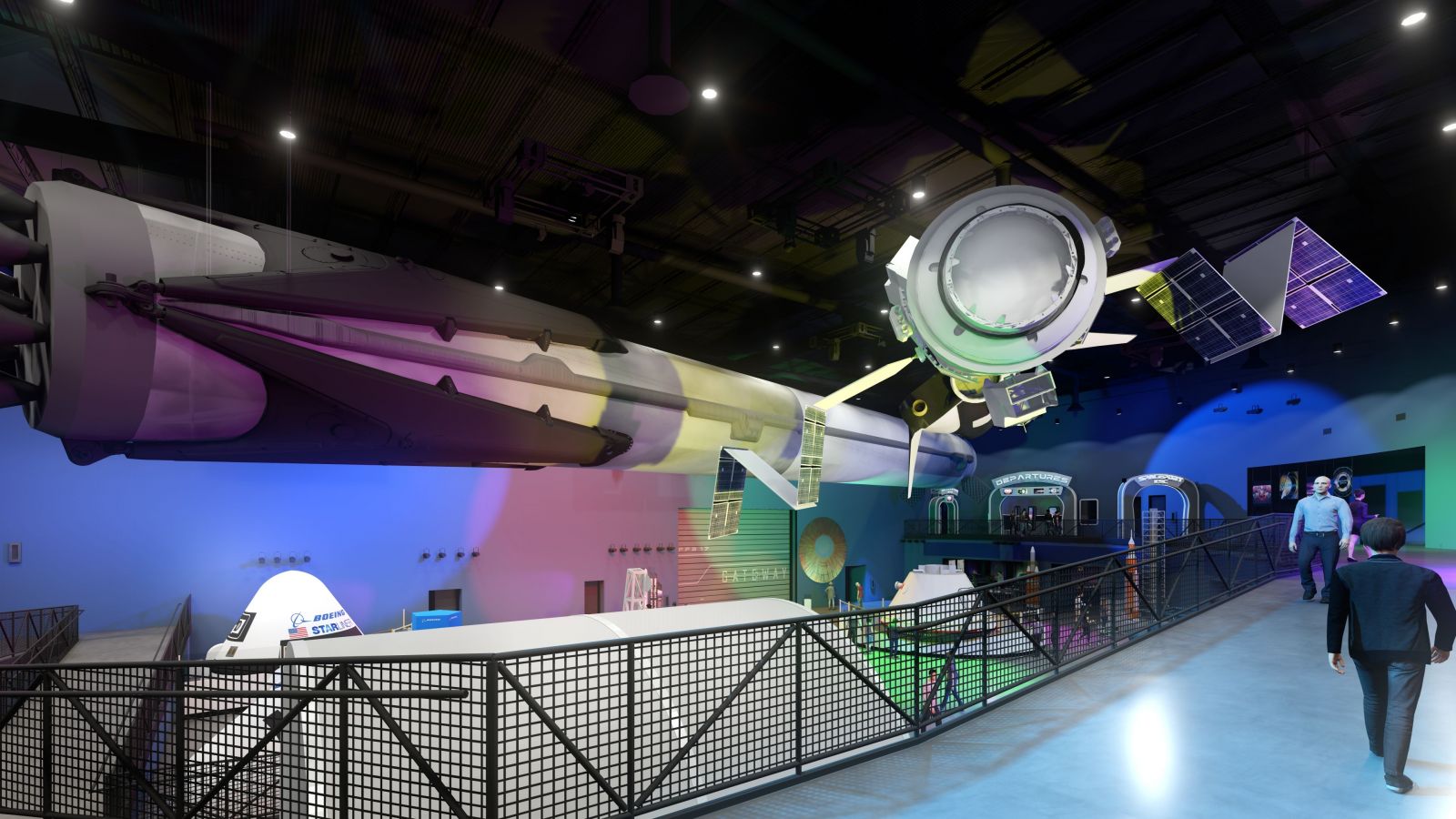 A rendering of the Falcon 9 first stage booster that will be on display inside the Gateway complex. Credit: Kennedy Space Center Visitor Complex

Speaking of capsules, Gateway will house the Orion spacecraft flown on the EFT-1 mission on Dec. 5, 2014. In addition to the Orion capsule, this area will also house a first-generation Dragon cargo capsule from the COTS-2 demo mission.

A replica of the James Webb Space Telescope will also be included in its own exhibit on the second floor in front of the Falcon booster.

Guests with an appetite will be able to indulge in another first for the Visitor Complex at the new dining location inside the attraction. The quick-service style restaurant will feature fresh farm-to-table options such as açaí bowls, fresh-tossed salads with dressings made in house and other entrees.

The roof of Gateway is also expected to serve as a prestige viewing spot for launches and landings happening at Kennedy Space Center as well as feature a Planewave CDK20 Telescope with an Espirit 100mm triplet deep sky APO Refractor and an Altair 125mm solar refractor so that guests can explore the wonders of the galaxy with their own eyes.

The crown jewel of the Gateway exhibit is to be a feature attraction known as Spaceport KSC. This immersive experience will place guests inside a bustling spaceport of the future, complete with interactive sights and sounds one might expect to see when traveling one hundred years from now. Guests will board a galactic spaceship that will take them on four different experiences in a two-story 4D flying theater.

Gateway: The Deep Space Launch Complex is currently slated to make its debut in March 2022 at the Kennedy Space Center Visitor Complex in Florida. 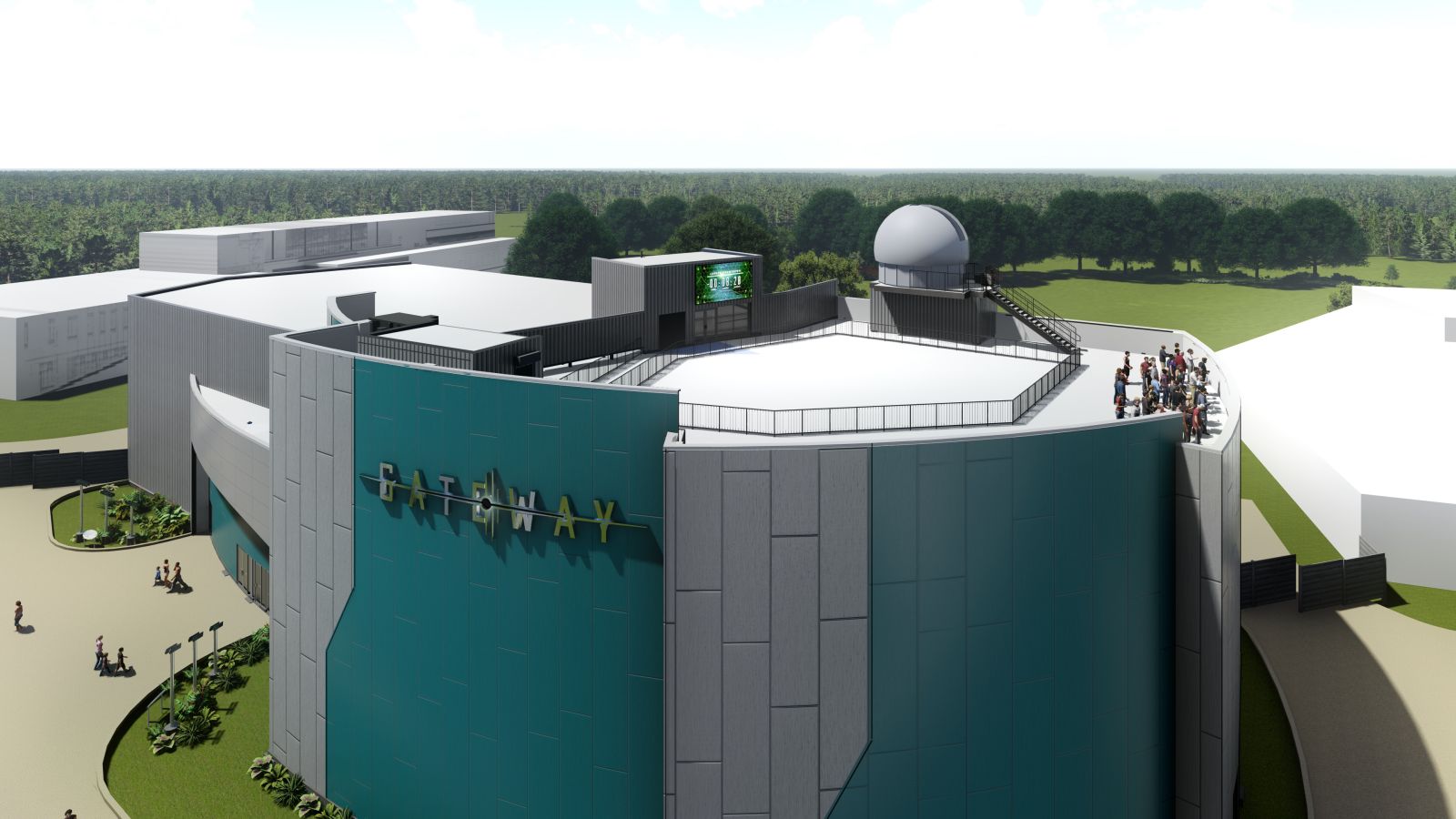 Launch viewing as well as a telescope will be available on the roof of the Gateway complex. Credit: Kennedy Space Center Visitor Complex