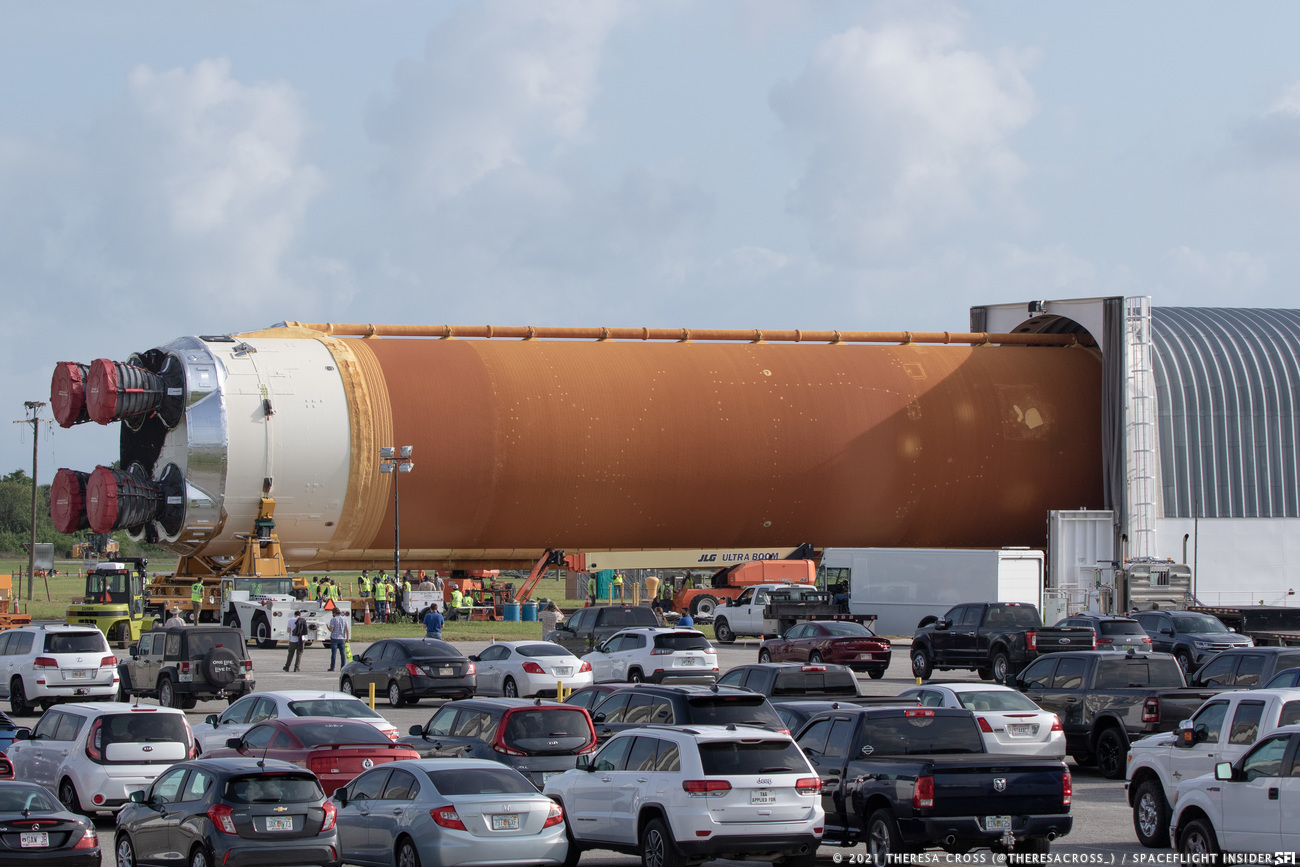 The core stage for the first Space Launch System rocket is moved out of the Pegasus barge for transport to the Vehicle Assembly Building. Credit: Theresa Cross / Spaceflight Insider

Then on April 29, under cloudy skies that gave way to a beautiful sunrise and morning, the core stage began its final journey to the Vehicle Assembly Building for final preparations and stacking.

When ready, the core stage will be integrated with the twin five-segment solid rocket boosters, which were recently stacked on the Mobile Launcher in the VAB. This’ll be the first integrated mission of the Orion spacecraft and the SLS. 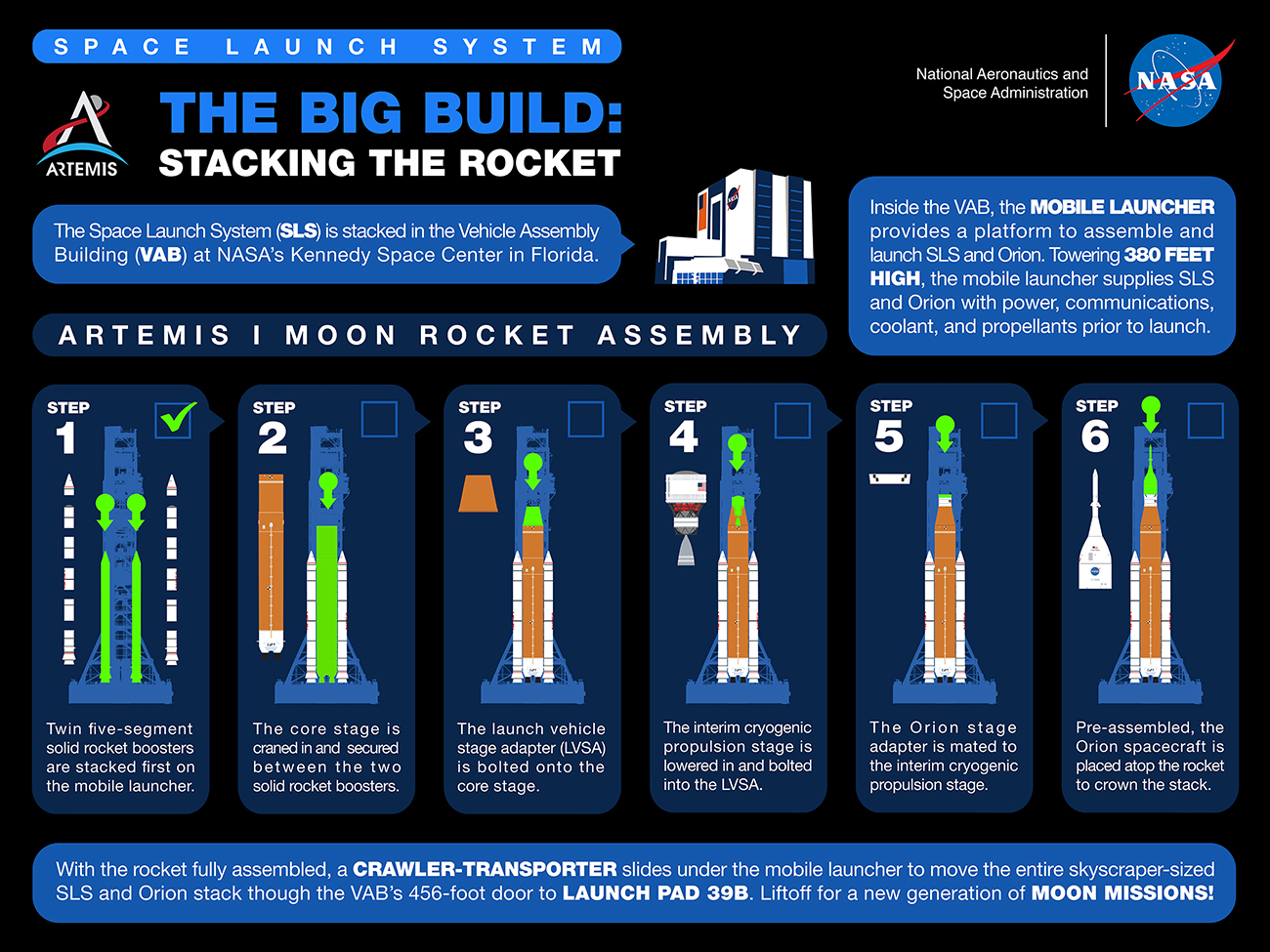 An infographic over the process the Artemis 1 mission will undergo for stacking. Credit: NASA

Ahead of launching from Kennedy Space Center’s Launch Complex 39B, NASA and Jacob Engineering teams will stack all the elements atop the Mobile Launcher specifically outfitted, along with the VAB, to accommodate the mammoth rocket.

After completing the assembly process, an upgraded crawler-transporter will move the Space Launch System and Orion capsule from the VAB to the launch pad.

The Artemis program is designed for human space exploration to the Moon in preparation for missions to Mars. Its initial goal is to land the first woman and first person of color on the lunar surface.

Currently, SLS is the only rocket on Earth that can send supplies, astronauts and the Orion capsule to the Moon in a single mission. NASA has combined the Orion spacecraft, Space Launch System, the orbiting Lunar Gateway in space and a commercial human landing system (SpaceX’s Lunar Starship) for comprehensive deep space exploration and the next generation of missions to the Moon. 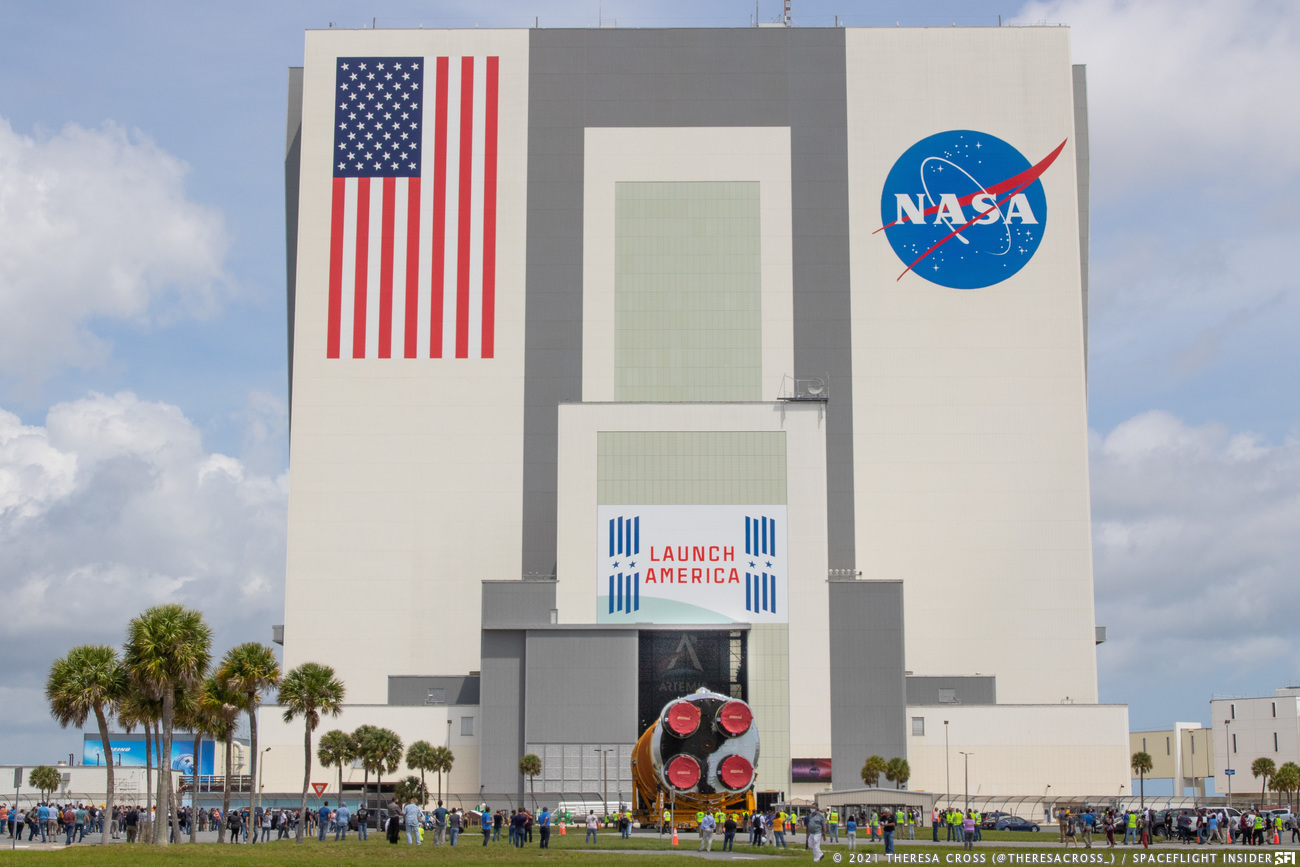