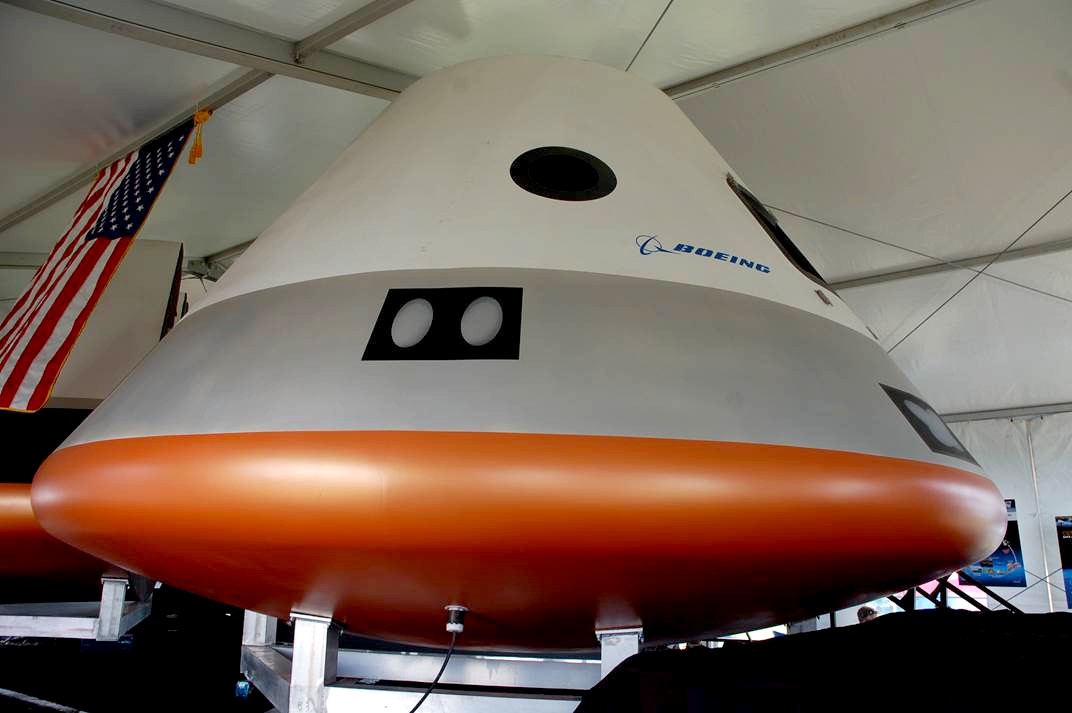 Boeing has issued a statement saying that it has finalized an agreement to use NASA's Orbiter Processing Facility 3 in Florida to build the company's CST-100 "space taxi." Photo Credit: Jason Rhian

CAPE CANAVERAL, Fla – Boeing has finalized an agreement with NASA to use one of the space shuttle’s hangars at Kennedy Space Center in Florida. Orbiter Processing Facility 3 (OPF-3), will be utilized to build process Boeing’s CST-100 commercial space taxi. The agreement was announced in October of 2011, under much fanfare from Boeing, NASA as well as the State of Florida’s aerospace industry development firm, Space Florida.

“The resources and expertise on the Space Coast are essential to our plans and this agreement solidifies our partnership with the state of Florida,” said John Mulholland, Boeing vice president and program manager, Commercial Programs. “Boeing is committed to providing the most innovative, safest and cost-effective commercial space transportation system to NASA and other commercial customers, and adding the capabilities of the processing facility to our portfolio plays a big part in our plans.”

OPF-3 has been rechristened the Commercial Crew and Cargo Processing Facility (C3PF) and has been refurbished so as to better suit the needs of commercial service providers. Boeing plans to construct the CST-100 capsule at C3PF and to launch the spacecraft atop one of the venerable Atlas V launch vehicles, produced by United Launch Alliance. “Boeing and Space Florida continue our partnership in repurposing excess NASA facilities for future use by Boeing’s Commercial Crew Program,” said Frank Dibello, president and CEO, Space Florida. “With phase one complete, we look forward to finishing the next phase of facility modification.”

This past February, Space Florida completed phase one renovation of the C3PF, with phase two starting in last month. Boeing now plans to move in to the structure in spring of 2014. Space Florida has upgraded the structure’s environmental and electrical systems as well as refloored the facility.

All three of the companies participating under NASA’s Commercial Crew integrated Capability (CCiCap) Boeing, SpaceX and Sierra Nevada Corporation, have met their milestones and are on schedule. Boeing currently plans to conduct a test flight of the CST-100 in 2016.

The primary use of the CST-100 will be to ferry astronauts to-and-from the International Space Station. It is hoped that commercial on-orbit destinations, such as Bigelow Aerospace’s inflatable habitats will come on line in time to allow CST-100 to have a variety of destinations to travel to. CST-100 is capable of carrying six astronauts. The design is flexible allowing the crew-cargo ratio to vary. The interior elements which were used to process space shuttles have been torn out. Boeing hopes to be moved into C3PF by September 2014. Photo Credit: Jim Siegel / The SpaceFlight Group