Opportunity has not been heard from since June 10. 2018. Image Credit: NASA/JPL-Caltech/Cornell/ASU

While the Martian skies have cleared of the dust that enveloped much of the Red Planet, NASA’s Opportunity rover remains silent in Perseverance Valley. The rover was last heard from on June 10, 2018. As of November 27, the mission team at NASA’s Jet Propulsion Laboratory (JPL) had sent 359 recovery commands in a effort to wake the rover.

The mission team is listening for the rover over a broad range of times, frequencies and polarities using the Deep Space Network (DSN) Radio Science Receiver.

On Nov. 15, word spread on Twitter that Opportunity might be awake after the automated bot account @dns_status posted an update  indicating that the rover had sent a signal. Unfortunately this turned out not to be the case. 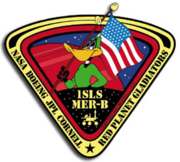 “Today http://eyes.nasa.gov/dsn/dsn.html  showed what looked like a signal from @MarsRovers Opportunity. As much as we’d like to say this was an #OppyPhoneHome moment, further investigation shows these signals were not an Opportunity transmission,” JPL officials stated in a tweet. “Test data or false positives can make it look like a given spacecraft is active on http://eyes.nasa.gov/dsn/dsn.html . We miss @MarsRovers Opportunity, and would be overjoyed to share a verified signal with you. Our work to reestablish comms continues.”

The mission team believes that Opportunity has experienced a low-power fault, a mission clock fault and an up-loss timer fault. They have been sending “beeps and sweeps” commands to the rover multiple times each day. These will continue through January 2019.

The opacity (tau) of Martian atmosphere above the rover is at a storm-free level of 0.8. It’s possible that accumulated dust on Opportunity’s solar panels is preventing them from generating enough power to sufficiently charge the rover’s batteries. A windy period on Mars that the Opportunity team refers to as “dust-cleaning season” occurs from November-to-January and the team remains hopeful that some dust clearing may result in hearing from the rover.

Opportunity launched atop a United Launch Alliance (ULA) Delta II rocket from Space Launch Complex-17B at Cape Canaveral Air Force Station on July 7, 2003.  The rover landed on Mars on January 25, 2004 and has driven 28.06 miles (45.16 kilometers) on the Red Planet’s surface over the course of the golf cart-sized rovers nearly fourteen years on the Red Planet. 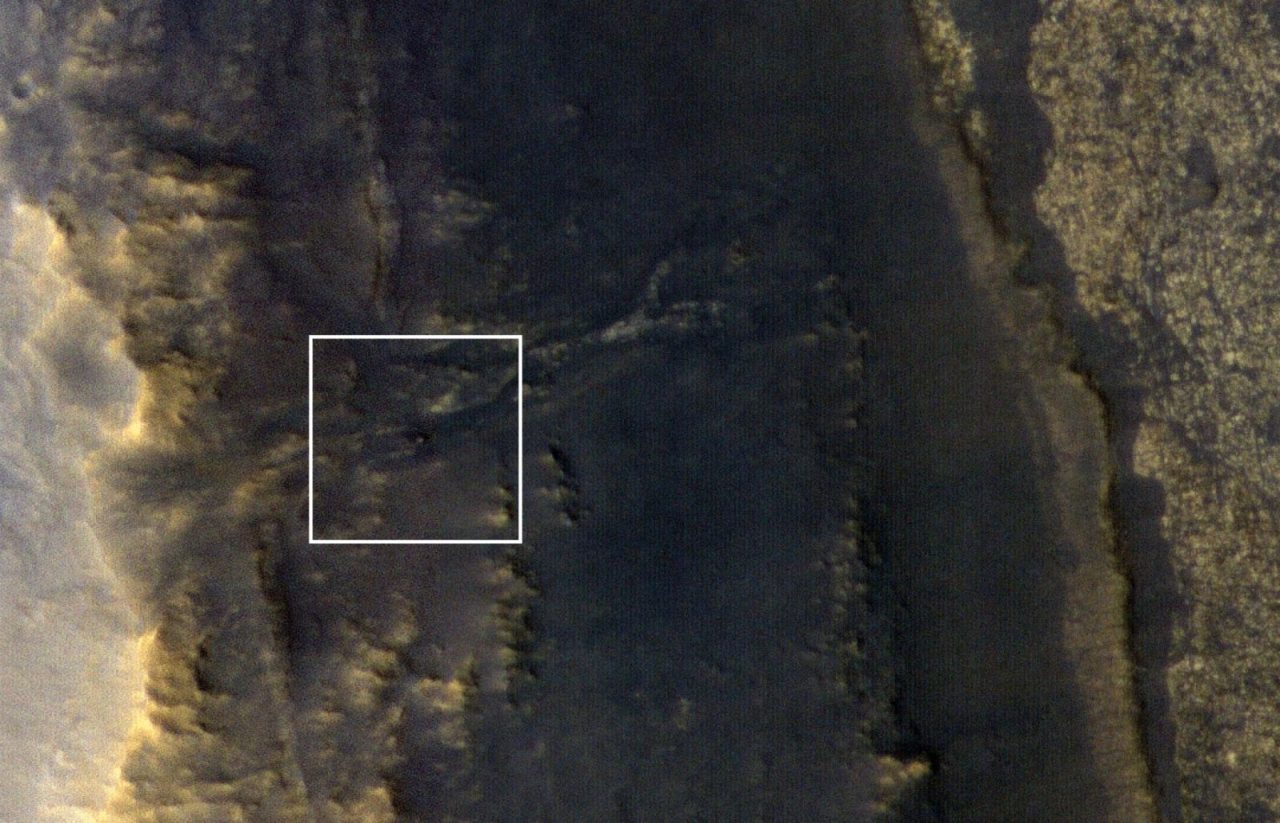 NASA’s Opportunity rover appears as a blip in the center of this square. This image taken by HiRISE, a high-resolution camera onboard NASA’s Mars Reconnaissance Orbiter, shows the dust storm over Perseverance Valley has substantially cleared. Image Credit: NASA/JPL-Caltech/Univ. of Arizona