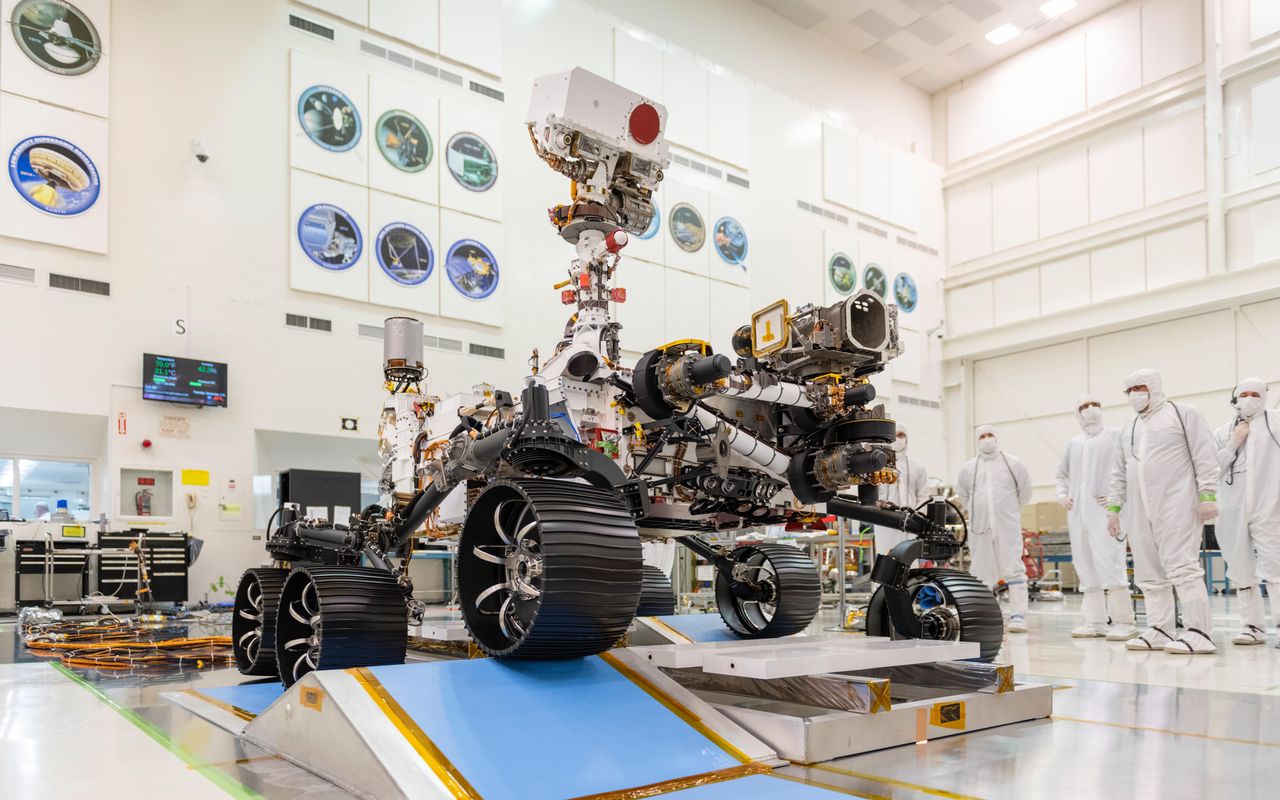 As 2019 draws to close, NASA’s Mars 2020 rover has reached an important milestone in preparation for a launch currently set to take place in the summer of 2020. Engineers at NASA’s Jet Propulsion Laboratory (JPL) recently put the rover through its first driving test.

The Mars 2020 mission has been designed to search for evidence of past microbial life on Mars, study the planet’s geology and climate, collect and store samples for return to Earth by a future mission and test new technologies that may be used in the human exploration of Mars.

While the Mars 2020 rover is similar in many ways to NASA’s Curiosity Mars rover, several design changes have been made to improve its driving capabilities.  Improved navigation cameras, an extra computer “brain’ for capturing images and making maps and more sophisticated auto-navigation software will enable the rover to make more driving decisions on its own than any previous rover on Mars.

One problem that the Curiosity rover faced early in its mission was wheel damage from sharp rocks. The Mars 2020 rover’s six wheels are slightly larger and narrower than Curiosity’s, and their skins are almost an additional millimeter thicker for added durability. Another design difference of the wheels is their treads, also called grousers. While Curiosity has 24 chevron-shaped grousers on each wheel, the Mars 2020 rover has 48 straighter ones. The new wheel design has been extensively tested in JPL’s Mars Yard, demonstrating that these treads can better withstand the pressure of sharp rocks and provide sufficient traction on loose sand. 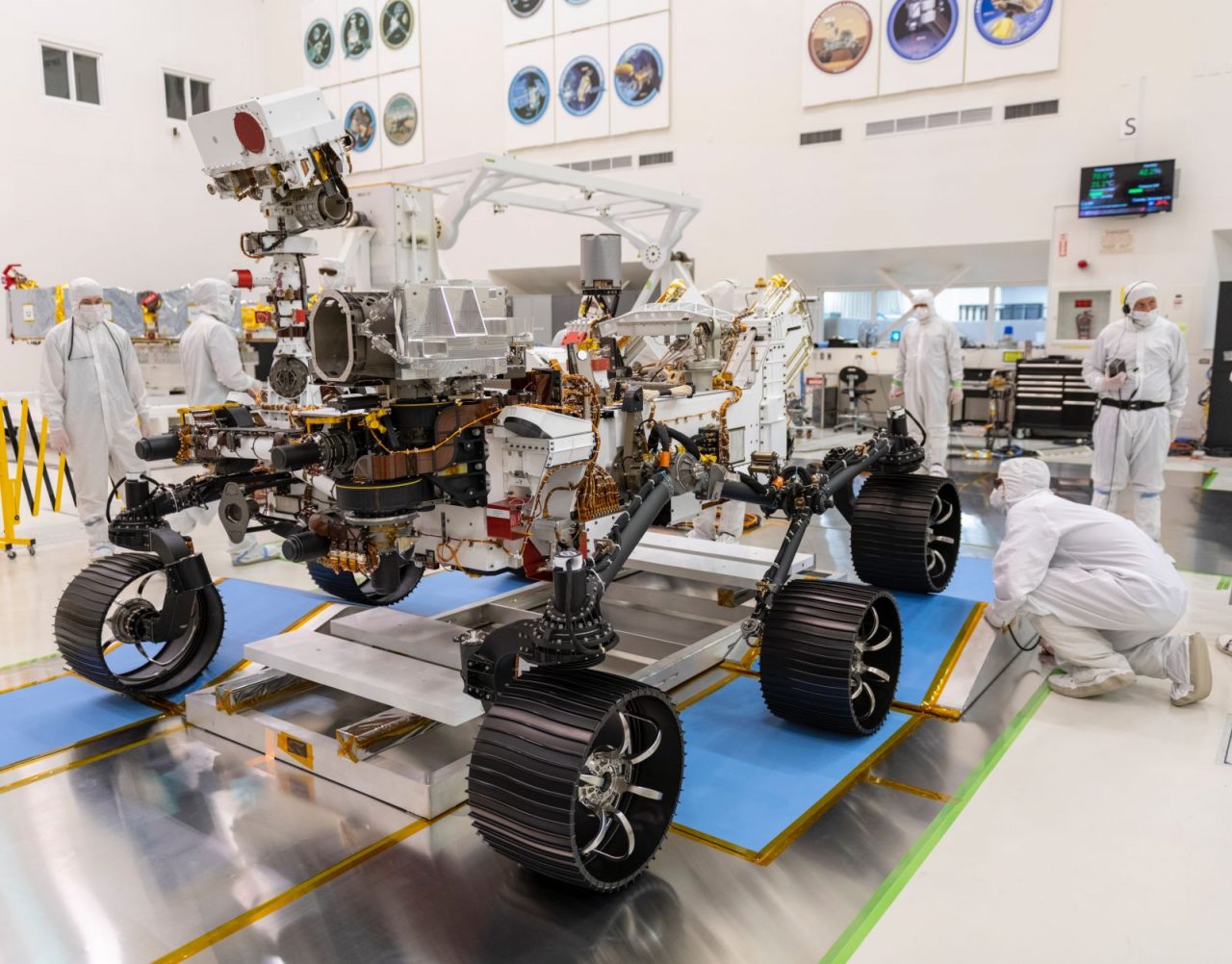 On Tuesday, December 17, engineers at JPL put the rover through its paces during the driving test, which lasted over 10 hours. The rover steered, turned and drove in 3-foot (nearly 1 meter) increments over small ramps covered by static-control mats.

“Mars 2020 has earned its driver’s license,” said Rich Rieber, the lead mobility systems engineer for Mars 2020. “The test unambiguously proved that the rover can operate under its own weight and demonstrated many of the autonomous-navigation functions for the first time. This is a major milestone for Mars 2020.”

During the drive test the rover was also able to collet data with the Radar Imager for Mar’s Subsurface Experiment (RIMFAX). RIMFAX is a ground-penetrating radar instrument design to reveal buried layers of sediment, rock, ice, water or saltwater. These subsurface layers contain the ancient record of climate conditions on Mars.

“A rover needs to rove, and Mars 2020 did that yesterday,” said John McNamee, Mars 2020 project manager. “We can’t wait to put some red Martian dirt under its wheels.”

The Mars 2020 mission is scheduled launch from Cape Canaveral Air force Station in Florida sometime between July 17 and August 5, 2020. If all goes well during its voyage to the Red Planet, the rover will touch down at its Jezero Crater landing site on February 18, 2021.