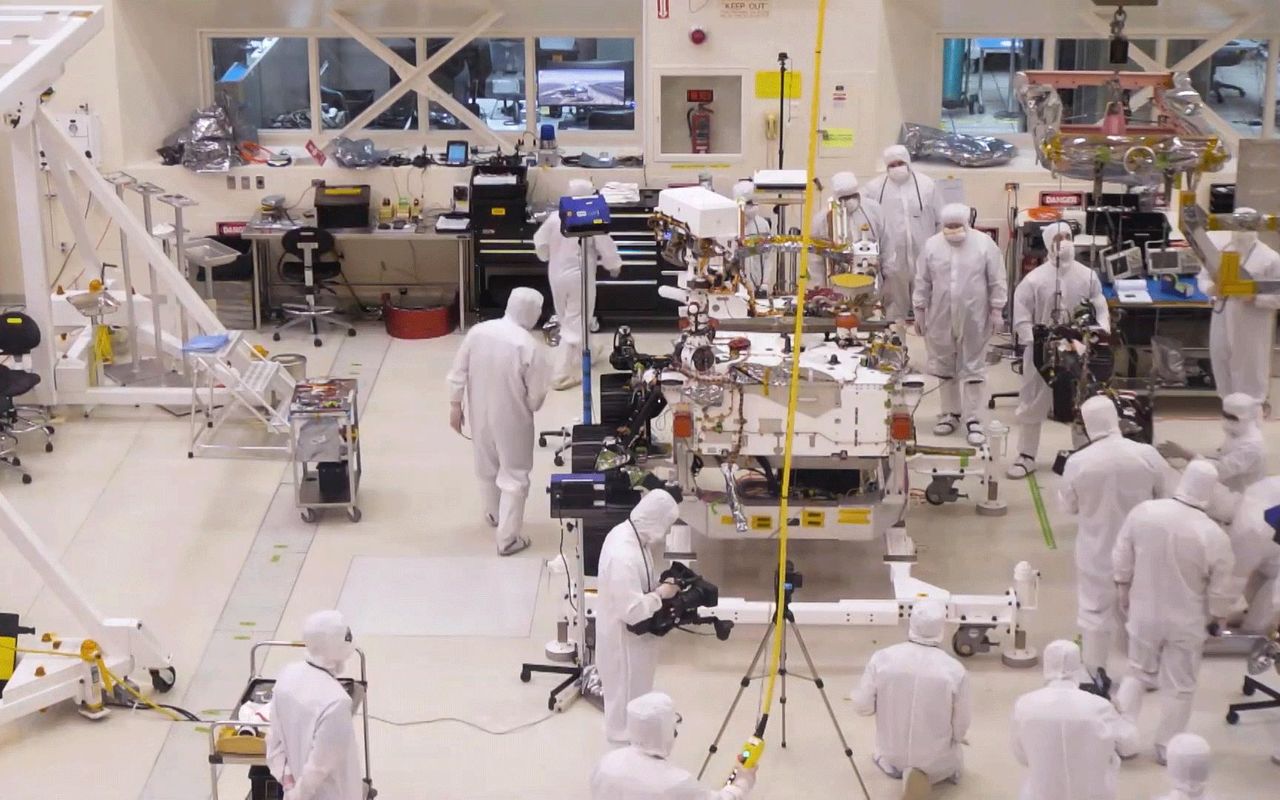 A team of engineers at NASA’s Jet Propulsion Laboratory in Pasadena, California, install the legs and wheels, otherwise known as the mobility suspension, on the Mars 2020 rover. Photo Credit: NASA/JPL-Caltech

The launch window for NASA’s Mars 2020 rover opens in just under a year, and engineers at the agency’s Jet Propulsion Laboratory (JPL) have been hard at work assembling the vehicle in the clean room of JPL’s Spacecraft Assembly Facility. As one might imagine getting a vehicle prepped for such a massive undertaking – is a group effort.

Building the complex rover requires considerable planning and the teamwork of over a dozen engineers.

JPL recently recently released a time-lapsed video of a crucial milestone in the rover’s assembly, the attachment of the vehicle’s legs and wheels on June 13, 2019. In the video, which has been speed up 300 times, the “bunny suit” wearing engineers swiftly install the rover’s wheels, looking very much like a racing pit crew.

Like previous NASA rovers sent to explore the Red Planet, the Mars 2020 rover has six wheels, each with its own motor, and uses a “rocker and bogie” suspension system to keep the rover’s body level as it rolls over rocky terrain. The two front and two rear wheels also have individual steering motors which enable the rover to turn 360 degrees in place.

The wheels of the Mars 2020 are designed to be more robust and resistant to wear and tear than those on the Curiosity rover. At 20.7 inches (52.5 centimeters) in diameter, they are slightly larger in diameter than Curiosity’s wheels and are made of thicker aluminum. Each wheel has 48 grousers, or cleats, machined into its surface to provide traction on both sandy and rocky terrain. The rover’s current wheels are engineering models which will be switched out for flight models some time next year. 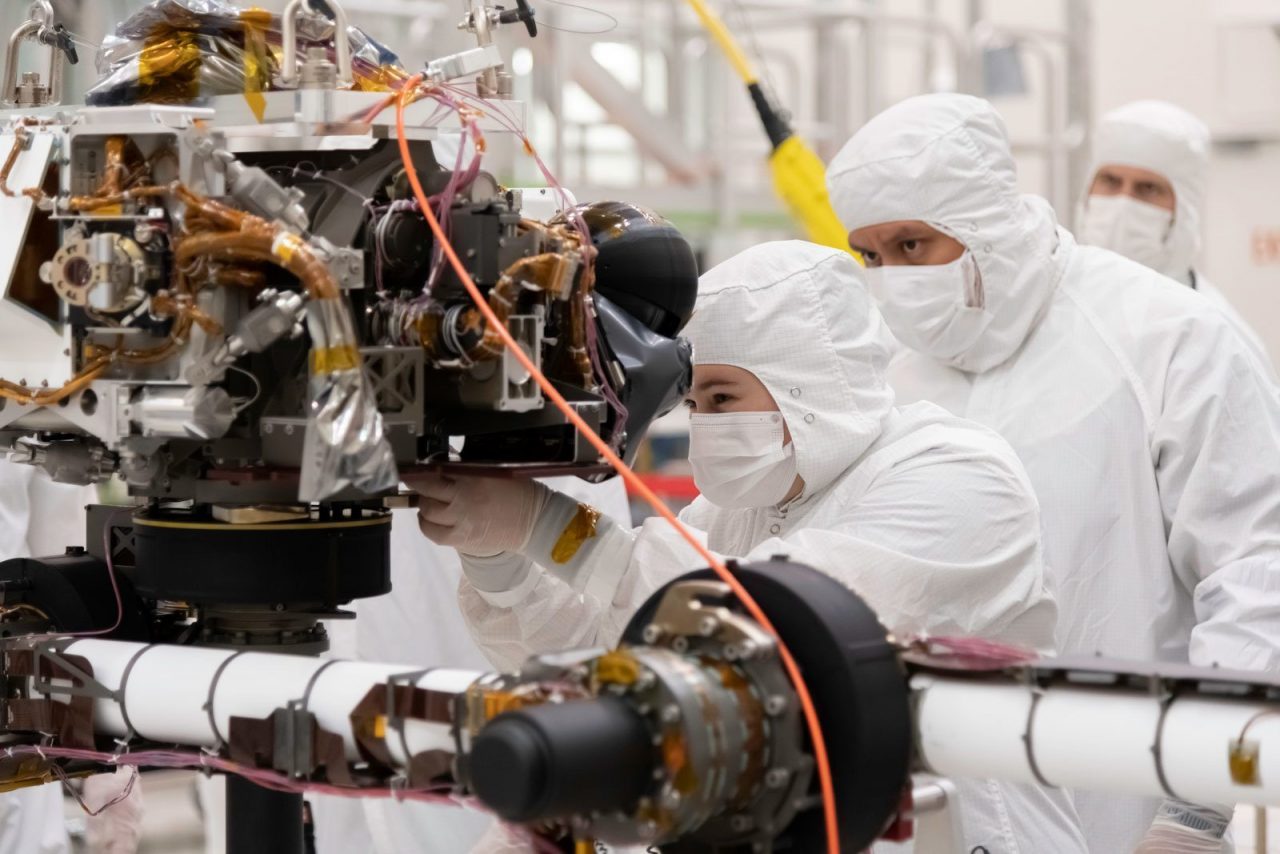 Engineers at JPL install a sensor-filled turret on the end of the rover’s seven-foot-long (2.1-meter-long) robotic arm. Photo Credit: NASA/JPL-Caltech.

On July 11, engineers installed the sensor-filled turret at the end of the rover’s seven-foot-long (2.1-meter-long) robotic arm.  The turret act’s as the robotic arm’s “hand”, holding HD cameras, the Scanning Habitable Environments with Raman & Luminescence for Organics & Chemicals (SHERLOC) science instrument, the Planetary Instrument for X-ray Lithochemistry (PIXL), and a percussive drill and coring mechanism.

“Back when we started this project in 2013, we came up with a timeline to chart mission progress,” said John McNamee, Mars 2020 project manager at JPL. “That every single major spacecraft component on a project with this level of innovation is synching right now with that timeline is a testament to the innovation and perseverance of a great team.”

The rover will use its arm and the turret to reach out to investigate interesting rock specimens and collect samples for further study using its Sample Caching System, which will place some sealed sample tubes on the surface for possible return to Earth by a future mission. The Sample Caching System, which includes 17 motors, will be installed sometime in the next few weeks.

The Mars 2020 rover is scheduled to launch sometime between July 17 and August 5, 2020 from Cape Canaveral Air Force Station in Florida atop a United Launch Alliance AtlasV 541 rocket. If all goes well, the rover will land on Mars at Jezero Crater on February 18, 2021.