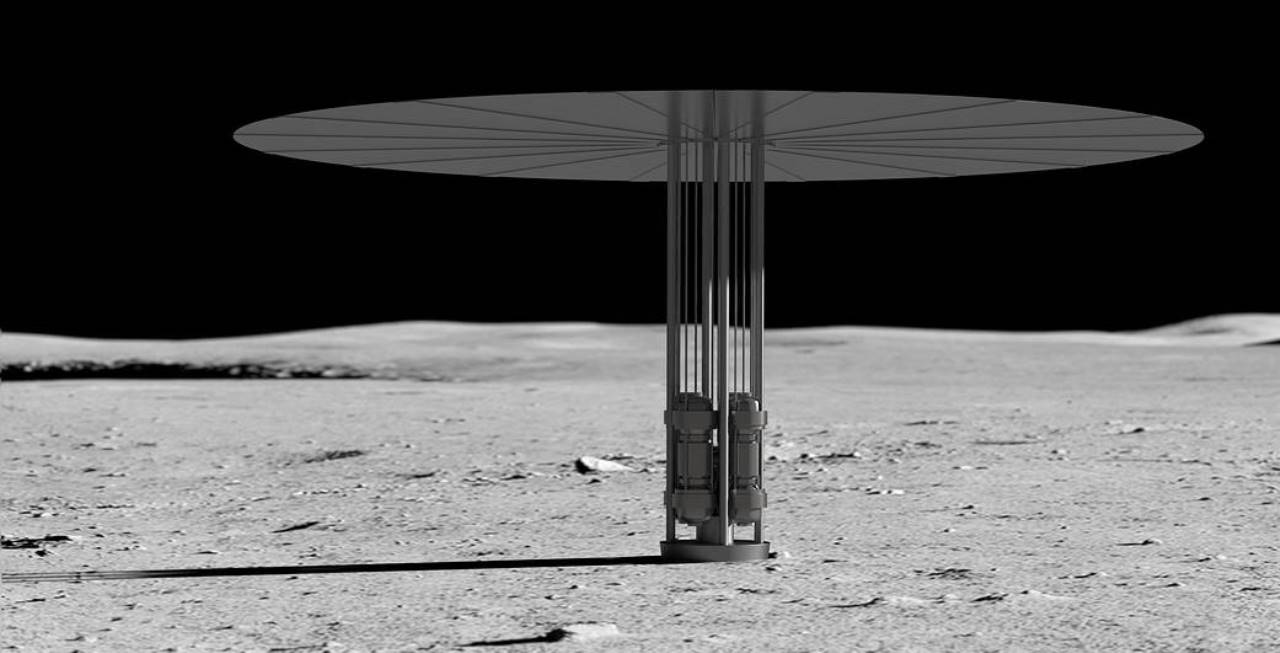 Having been directed to send astronauts back to the Moon by 2024 under the Artemis Program, NASA is working with the Department of Energy’s National Nuclear Security Administration (NNSA) are working to field a new nuclear power generator for potential crewed missions to the Moon and Mars. While this new system is sophisticated, it’s acronym is less so – KRUSTY. Image Credit: NASA

Prospects of establishing a permanent human presence on the Moon have taken a step forward with the test of a system known as Kilopower, a lightweight fission reactor which could provide ten kilowatts of power for at least a decade.

Marc Gibson of NASA’s Glenn Research Center in Cleveland is one member of the team, and he explained how the system works.

“We designed the Kilopower reactors to generate anywhere from one to ten kilowatts of electrical power,” Gibson said. “This is enough to power several Earth-based homes…The nice thing about it is it’s lightweight, it’s compact, so we can put it pretty much anywhere we want to.” 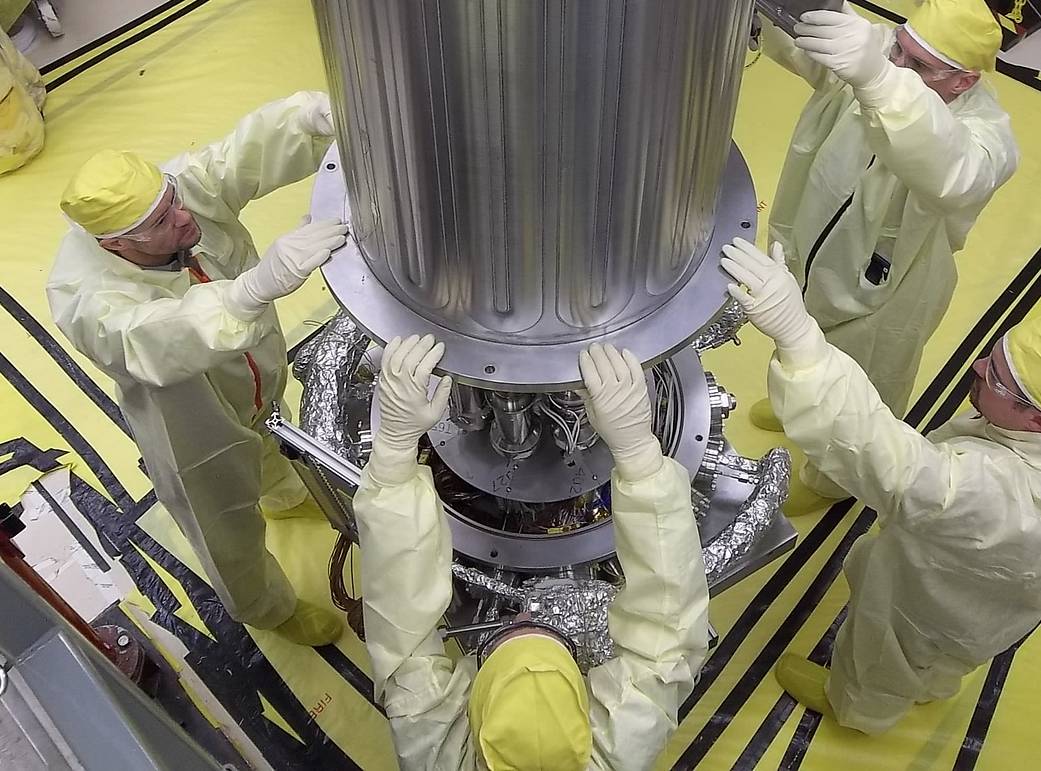 NASA and NNSA engineers lower the wall of the vacuum chamber around the Kilowatt Reactor Using Stirling TechnologY (KRUSTY system). The vacuum chamber is later evacuated to simulate the conditions of space when KRUSTY operates. Photo and Caption Credit: Los Alamos National Laboratory

A typical U.S. household drew an average of 1.2 kilowatts in 2016, according to the U.S. Energy Information Administration. According to Lee Mason, a principal technologist at NASA and another member of the team, “What we are striving to do is give space missions an option beyond RTGs, which generally provide a couple hundred watts or so.”

RTGs are radioisotope thermoelectric generators, which use the decay of plutonium-238 to generate electricity. They have been used for decades in NASA spacecraft, including many probes to the Moon, the Voyager and Pioneer spacecraft, and the Curiosity mission to Mars.

“The reason we need so much power in space is for things that we don’t normally need on Earth,” Gibson said, “creating oxygen or creating propellant for astronauts to leave the surface where they’re at—so there are several other factors that come into play when we’re putting humans on the surface of another planet for survival that you just need extra power for.”

The Kilopower reactor uses active fission to drive piston-based Stirling converters—far more efficient than the thermocouples used by RTGs. Modern industrial plants generate hundreds, even thousands of megawatts, but if the wattage produced by a single Kilopower reactor is not enough, several reactors can be used in a modular system. 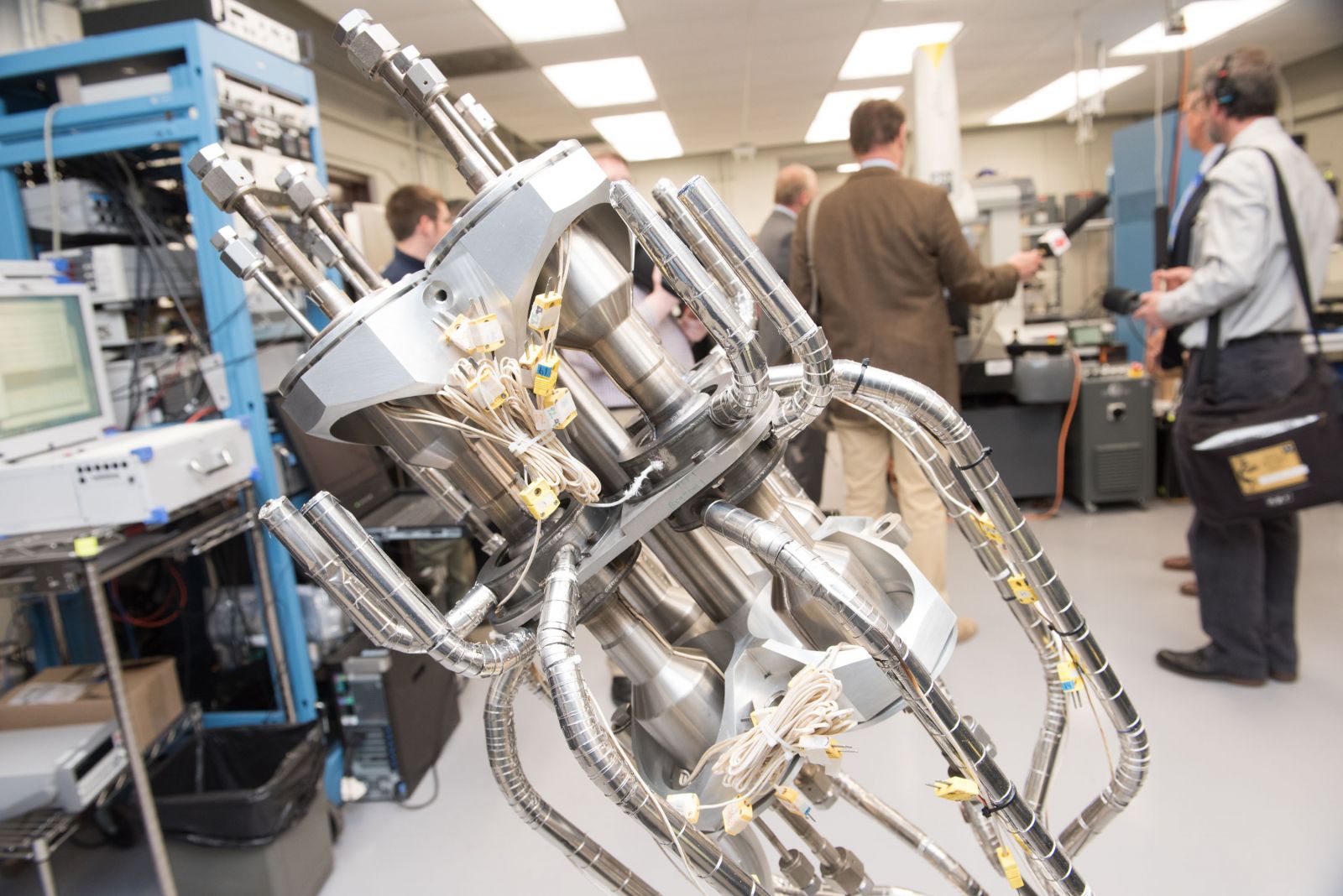 Gibson and other members working on the KRUSTY project noted that the experiment could aid in the search of in-situ (on site) resources. These resources could allow permanent settlements to be established on either the Moon or Mars. Photo Credit; NASA

“On the Moon, Kilopower could be deployed to help search for resources in permanently shadowed craters,” Mason said. “Kilopower also opens up the full surface of Mars, including the northern latitudes where water may reside.”

Studying and developing technology for missions into the black is a good start, but, in the end, it’s performance can only be measured by how successful it is in the field.

“The next steps for Kilopower are going to be getting into flight,” Gibson said. “Whether we put it into space or whether we put it on another surface of another planet, we really need to take that next step in the flight development.”

The team is now exploring concepts for demonstrating future uses of the KRUSTY system to use in situ lunar or Martian resources to produce fuel, breathable air, potable water, and other materials.

“We want to make sure the reactor works the way we had modeled. There’s physical models and there’s analytical models. Our analytical models told us that the reactor would perform a certain way when we put different loads on it, different power loads on it. And when we got to the test and we repeated what was in the experiment plan, the models matched the real-life data—and in some cases was actually better than real-life data. So no matter what we threw at the reactor, it performed perfectly.”

The Gears of Government Awards recognize people and teams in the Federal workforce who make significant contributions to mission results, customer service, and accountable stewardship. Each May, the award is presented by the Executive Office of the President.

rtg is a radioisotope thermoelectric generator

Needed to keep people and water from freezing on the Moon and on Mars. Frozen water breaks pipes and stuff.

Ok, So lets get one to the space station for testing.