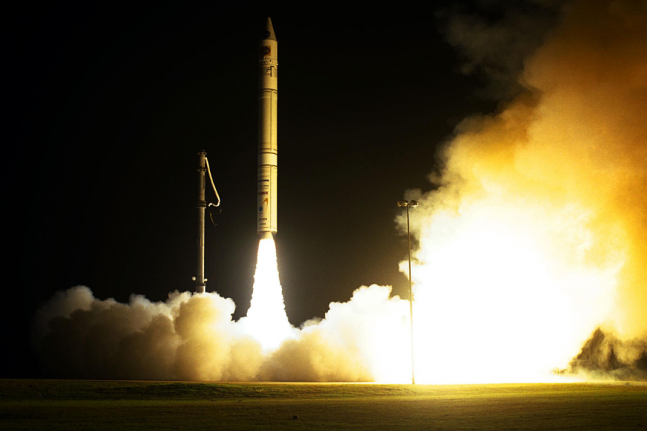 CAPE CANAVERAL, Fla — The State of Florida’s organization tasked with maintaining and expanding its position in terms of aerospace has selected Utah-based ATK to modernize and renovate Cape Canaveral Air Force Station’s Space Launch Complex 46 (SLC-46). While the active pads, SLC-37, 40 and 41 might currently get all the attention. SLC-46 is poised to hold an important role in NASA’s plans to return to the business of crewed space exploration.

According to Space Florida, it is estimated that it will take the Utah-based company about a year to refurbish communications infrastructure at SLC-46. The communications upgrade of the site started back in 2010, this contract marks phase three of the effort to modernize the launch pad.

This effort requires a wide range of work which needs to be accomplished to bring SLC-46 in line with 21st century communications standards. Engineering design along with fabrication of necessary components, the installation of these systems as well as testing and checkout – all of these will be done to refurbish the launch site. If all goes according to plan, the launch site will have increased performance in terms of collecting and transmitting data, video and audio and a host of other services. The pad is planned for future use for the United States’ Department of Defense as well as NASA. The U.S. space Agency currently plans to launch the Orion Multi-Purpose Crew Vehicle on the ascent abort 2 flight from SLC-46 and in so doing validate key safety systems on the crew-rated spacecraft.

NASA has stated plans to conduct the Ascent Abort 2 test flight (AA 2) for Orion in 2018.

“Restoring SLC-46 to operational status enables Space Florida to face the small launch vehicle market and underscores Florida’s commitment to invest in modernized infrastructure that will continue serve expanding civil, military and commercial programs,” noted Space Florida President Frank DiBello. “This throughput would increase the annual launch rate from CCAFS and result in sizable, positive economic impact for our area. Additionally, this is another demonstration of the State’s commitment to assuring exploration begins in Florida.”

Space Florida will help produce operations and maintenance tools to ensure that SLC-46 can handle the modern requirements. The site must be capable of serving the needs as a part of the U.S. Air Force’s Eastern Range. To ensure that the crew-rated Orion spacecraft can accomplish its goal of ferrying astronauts to distant destinations, the first NASA has attempted in more than four decades, the capsule will need to have all its safety systems validated. To include the abort system which would pull the crew away from the launch vehicle in the event of a problem with the Space Launch System (SLS) rocket. The Ascent Abort Test 2 is currently scheduled to take place at SLC-46 in 2018 using the first stage from a SR-118 Peacekeeper missile.

In terms of other launch service providers that might use SLC-46, the list is extensive. Lockheed-Martin’s Athena family of launch vehicles as well as Orbital Sciences Corporation’s Minotaur and Taurus have been raised as possible tenants to use the launch site.

As Space Florida has been tasked with strengthening the aerospace industry within the State of Florida – it already has signed a Real Property License, Joint Use Agreement, and Launch Site Operators License through the U.S. Air Force’s 45th Space Wing, the U.S. Navy as well as the Federal Aviation Administration (FAA) for SLC-46.

SLC-46 is viewed as one of Cape Canaveral’s more important launch sites due to its ability to support small- to medium-class payload launch vehicles. These include military programs as well as technology development programs such as Operationally Responsive Space (ORS). In this capacity the launch complex could serve to support U.S. warfighters, scientific research or other efforts.

Space Florida has issued a release stating it will be issuing additional Requests for Proposal (RFP) at a later date for more engineering and refurbishment work that is required at SLC-46.

I have been a supporter of NASA since its inception and Iam still a fan. Some of the work thus far is unbelievable. I can appreciate my tax dolllars spent in this area of science.