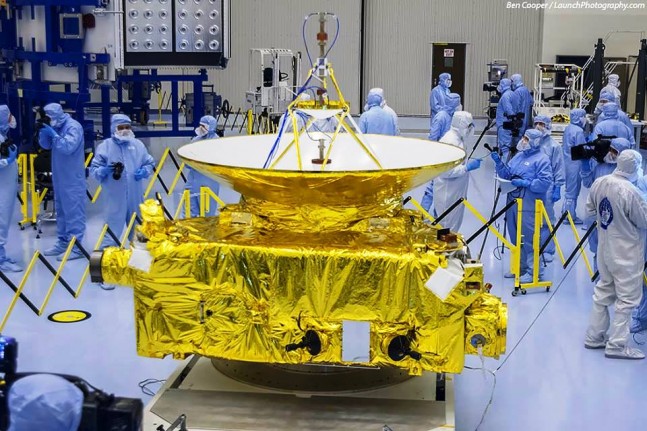 The New Horizons spacecraft experienced an anomaly [on] the afternoon of July 4 that led to a loss of communication with Earth. Communication has since been reestablished and the spacecraft is healthy.

During that time, the autonomous autopilot on board the spacecraft recognized a problem and – as it’s programmed to do in such a situation – switched from the main to the backup computer. The autopilot placed the spacecraft in “safe mode”, and commanded the backup computer to reinitiate communication with Earth. New Horizons then began to transmit telemetry to help engineers diagnose the problem.

A New Horizons Anomaly Review Board (ARB) was convened at 4 p.m. EDT to gather information on the problem and initiate a recovery plan. The team is now working to return New Horizons to its original flight plan. Due to the 9-hour round trip communication delay that results from operating a spacecraft almost 3 billion miles (4.9 billion kilometers) from Earth, full recovery is expected to take from one to several days; New Horizons will be temporarily unable to collect science data during that time.

This update was written by Lillian Gipson for NASA, it can be viewed here: New Horizons – featured image courtesy of Ben Cooper with LaunchPhotography.com

What a heart stopper that must have been when the New Horizons missed a check-in. I am sure that everyone breathed a big sigh of relief when communications were re-established. Go New Horizons!