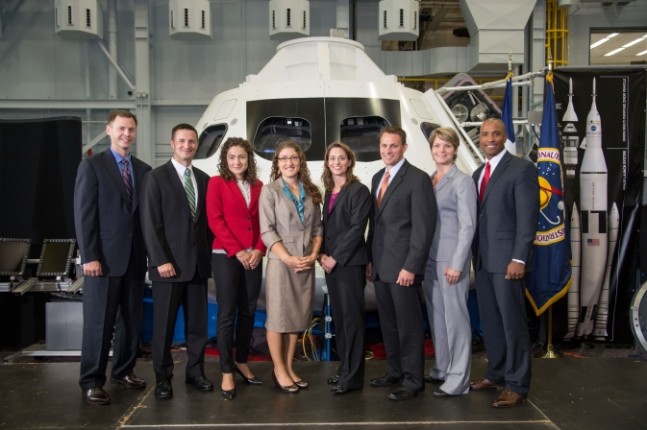 The eight astronaut candidates talk with Washington-area students and the public about the value of education in science, technology, engineering and mathematics (STEM).During the program, attending students also will have the opportunity to interact live with NASA astronauts Mike Hopkins and Rick Mastracchio, who currently are aboard the International Space Station. The event will take place in the museum’s Moving Beyond Earth gallery.

These candidates were selected from a pool of more than 6,000 applicants, the second largest in NASA’s history. The group is in a two-year training process, which includes technical activities at space centers and remote locations around the globe. The training is designed to prepare them for missions that will help the agency push the boundaries of exploration and travel to new destinations in the solar system, including an asteroid and Mars.

For more information about the astronaut candidates, and details on the astronaut selection process, visit: http://www.nasa.gov/2013astroclass