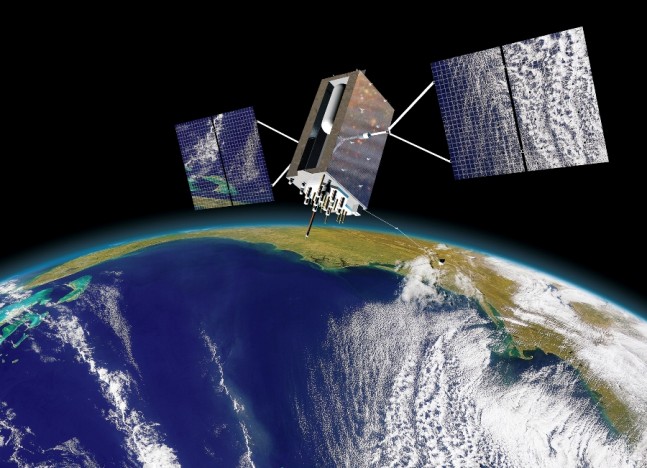 Successful completion of Exercise 4 on Oct. 3 represents a key milestone demonstrating the end-to-end capability to automatically transfer data between Raytheon’s OCX and Lockheed Martin’s GPS III satellite. One additional readiness exercise, five launch rehearsals and a mission dress rehearsal are planned prior to launch of the first GPS III satellite with OCX.

The exercise used the latest baseline of Raytheon’s OCX Launch Checkout System (LCS) software featuring integrated information assurance functionality for the first time, and the latest version of Lockheed Martin’s GPS III satellite simulator. Exercise 4 successfully demonstrated mission planning and scheduling capabilities with the simulated Air Force Satellite Control Network (AFSCN) for the first time, including a replan scenario that would occur in the event of a launch slip.

The system also automatically generated antenna pointing angles for the simulated AFSCN, which until now have been manually generated. Exercise 4 expands on three previous exercises, introducing maneuver planning and reconstruction capabilities, as well as advanced planning and scheduling with AFSCN assets. The automation of these capabilities will allow GPS operators to spend their time optimizing system performance rather than focusing on routine operations.

“As part of establishing the LCS Block 0 baseline, the completion of Exercise 4 demonstrates the capability of OCX to successfully support a GPS-III satellite launch in an information assurance hardened environment,” stated Matthew Gilligan, Raytheon vice president and GPS OCX program manager. “Exercise 4 began the instantiation of vital OCX automation capabilities that give operators their time back in order to focus on mission critical activities, one of the important elements of a modernized GPS.”

OCX is being developed in two blocks using a commercial best practice iterative software development process, with seven iterations in Block 1 and one iteration in Block 2. Exercise 4 was conducted using the recently completed Iteration 1.5 software, representing an early delivery of the final software baseline. Exercise 5, scheduled for 2015, will include critical information assurance features needed to support launch of the first GPS III satellite.

The GPS III team is led by the Global Positioning Systems Directorate at the U.S. Air Force Space and Missile Systems Center. Air Force Space Command’s 2nd Space Operations Squadron (2SOPS), based at Schriever Air Force Base, Colorado, manages and operates the GPS constellation for both civil and military users.

About Lockheed Martin Headquartered in Bethesda, Maryland, Lockheed Martin is a global security and aerospace company that employs approximately 113,000 people worldwide and is principally engaged in the research, design, development, manufacture, integration and sustainment of advanced technology systems, products and services. The Corporation’s net sales for 2013 were $45.4 billion.

About Raytheon Raytheon Company, with 2013 sales of $24 billion and 63,000 employees worldwide, is a technology and innovation leader specializing in defense, security and civil markets throughout the world. With a history of innovation spanning 92 years, Raytheon provides state-of-the-art electronics, mission systems integration and other capabilities in the areas of sensing; effects; and command, control, communications and intelligence systems, as well as cyber security and a broad range of mission support services. Raytheon is headquartered in Waltham, Massachusetts.