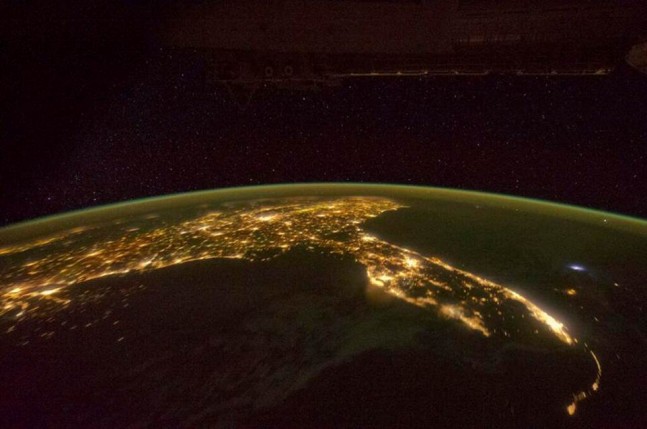 KENNEDY SPACE CENTER, FL (January 28, 2014) – Representatives from Florida’s aerospace industry will visit Tallahassee on March 12, 2014, to participate in Florida Space Day and share with legislators the opportunities the industry brings to Florida and the nation’s space program.

Former NASA astronaut Bob Crippen, pilot of the first orbital test flight of the Shuttle program and former NASA Kennedy Space Center (KSC) Director, will be making scheduled appearances throughout the event. Space-related exhibits will be available on the third floor Rotunda of the Capitol. “Home to over almost 500 aerospace companies employing over 30,000 professionals, Florida must continue to retain, grow and diversify the business of space,” said Patty Stratton, chair of Florida Space Day 2014. Florida has the third largest space industry in the nation.

This year’s event is critical, as the state’s space industry continues to expand and change to face the dynamic international marketplace. During Space Day, industry leaders and other aerospace supporters will meet with House and Senate members, as well as the Governor, to discuss the state’s $9 billion space industry, and determine the best strategies for leveraging these markets for Florida’s benefit in the years ahead.

With Florida’s tested capabilities, it is poised to continue capitalizing on emerging aerospace opportunities as well as open new frontiers in exploration and discovery.  Home to two of just eight commercially-licensed spaceports in the country, Florida is one of only three states conducting commercial orbital launches.

“Aerospace means business and that translates into high tech, high paying jobs for Florida,” said Stratton. “We want Florida to continue its aggressive stance to create a robust atmosphere for space exploration and business.”

Florida Space Day is a milestone event that presents an opportunity to educate and bring top of mind awareness to Florida legislators on the significance of the aerospace industry and its impact on Florida’s economy.