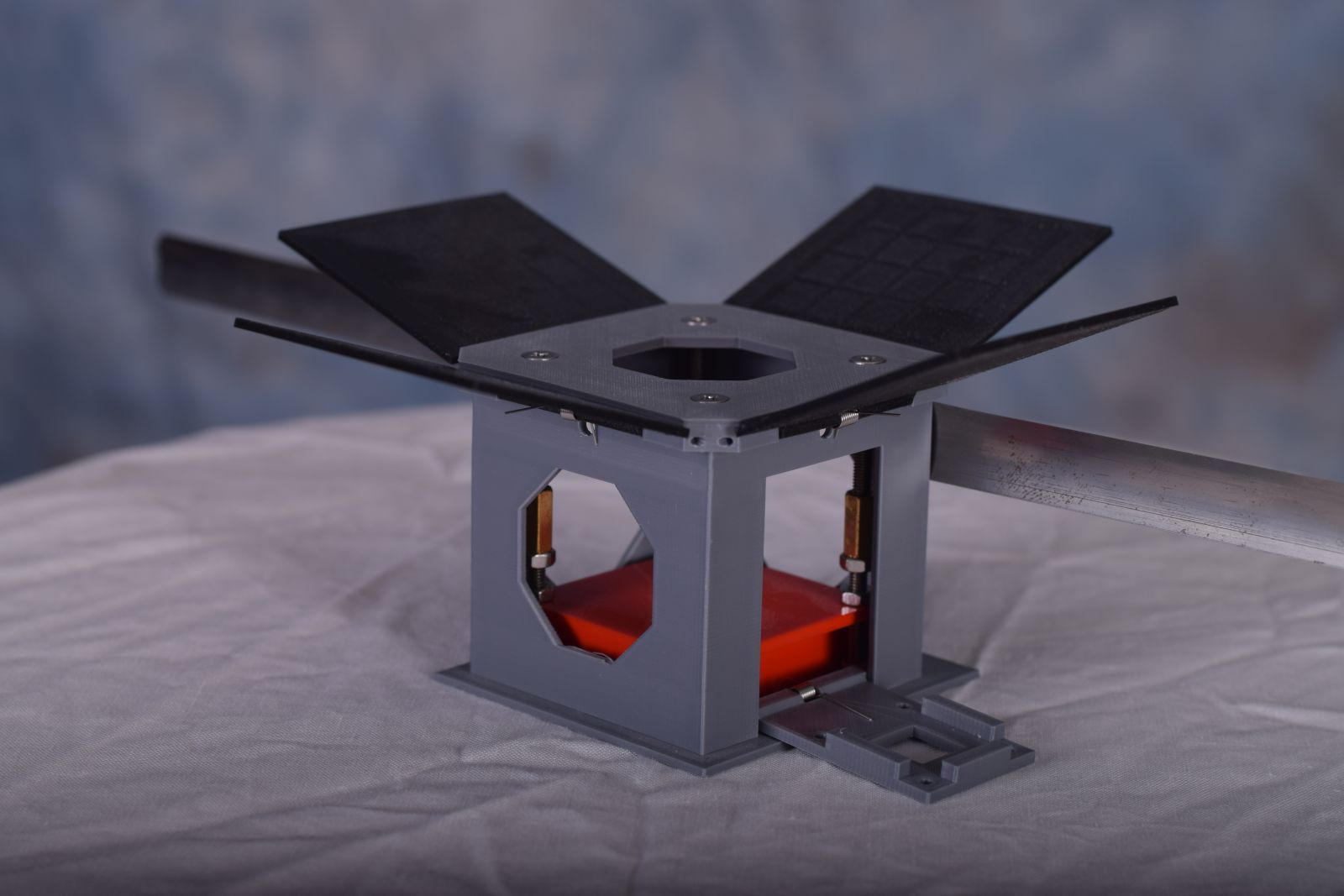 Lancaster County, Pennsylvania, is known for its lush rolling farm fields and Amish communities — people who still travel the countryside in horse drawn carriages. But could this picturesque countryside also be home to a futuristic space company?

Mini-Cubes, a company just emerging from stealth mode, has been working on the development of a new type of miniature satellite called a PocketQube. These powerful satellites are just 50 mm across (about 2 inches) but pack the sophistication of spacecraft much larger in size.

“The PocketQube is a form factor similar to the CubeSat, a very popular satellite concept successfully used around the globe. For example, two CubeSats recently sent images and data back for NASA’s InSight mission to Mars. While the CubeSats have received a lot of attention, the launch costs are still prohibitive for many applications,” said Joe Latrell, the company founder. “But with PocketQubes the costs are significantly cheaper.”

Additionally, the development of hardware for the Internet of Things (IoT) as well as smartphones has led to the creation of very tiny yet powerful processors and sensors. By adapting these components, Mini-Cubes has been able to construct several working prototypes. The company is currently testing their latest design and plans to fly it to space in 2019.

The market for these types of satellites is still small, but a growing number of enthusiasts and governments have begun to take the design seriously. Latrell said, “I presented at the PocketQube conference in Delft, Netherlands. Until then I thought I was pretty much on my own building satellites in this way. It turns out there is a lot of interest in Europe and Asia and there are a lot of innovative solutions being developed. It is time the PocketQube concept finally takes hold in the United States.”

A PocketQube, because of its small size, is a lot cheaper to build and to launch into orbit. Instead of costing millions of dollars, a single satellite can be built and launched for less than $100,000. This reduction in costs makes PocketQube a good candidate for testing out new space based technologies. The platform unlocks space access to companies that could not otherwise afford it. New entrants into the space sector help introduce new ideas into the field.

“The two big markets I see for PocketQubes are communications and Earth monitoring. With a small constellation of satellites, you can monitor specific Earth resources such as timber or water in near real time. Larger constellations could be used for relaying information from aircraft or ships to offices on land. Our company’s primary focus is resource monitoring,” Latrell said.

For Mini-Cubes the focus is on getting their first satellite into orbit. This particular satellite is a proof of concept. It carries all of the fundamental components for every future satellite including the CPU, camera, and radio. Once in orbit, the satellite is expected to last for about 5 years before it is destroyed re-entering the Earth’s atmosphere.

“The hardest parts of this project are licensing and funding. We have to have permission from the FCC and other government organizations before we can fly. That paperwork is in process now. Building the satellite was actually easier,” Latrell said.

To complete the funding of the satellite, Mini-Cubes has launched a Kickstarter campaign to raise additional funds for the project. They plan to let the public be directly involved in the flight by submitting photos, texts, and artwork to be included on the spacecraft. Additionally, full scale models and working prototypes are available.