After helping send the CRS-11 Dragon capsule toward orbit, the first stage of the Falcon 9, core 1035, boosted back toward the launch area to touch down at Landing Zone 1 at Cape Canaveral Air Force Station. Photo Credit: Michael Howard / SpaceFlight Insider

KENNEDY SPACE CENTER, Fla. — First seeing the flame of the Saturn V, then the Space Shuttle, Launch Complex 39A saw its sixth Falcon 9 take to the skies on a journey to orbit. The June 5, 2017, CRS-11 mission was the 100th launch from that historic pad.

It was a flight that showcased SpaceX’s quest for reusability. The CRS-11 Dragon capsule was built around a refurbished pressure vessel that first flew to the ISS in September 2014 during the CRS-4 mission. Additionally, the first stage of the Falcon 9 carrying the spacecraft into orbit, core 1035, returned back to Landing Zone 1 at Cape Canaveral Air Force Station.

SpaceFlight Insider was there to capture the ascent as well as the descent of the Falcon 9. Just over seven minutes after the 5:07 p.m. EDT (21:07 GMT) launch, and five minutes after separating from the second stage, core 1035 heralded its arrival with its single-column landing burn flame and a triple sonic boom.

For the third time in just over a month, the California-based company sent a Falcon 9 into space, turning around the launch pad in about two weeks each time. SpaceX is aiming to continue this pace throughout the rest of the year in order to catch up on its backlog of missions. 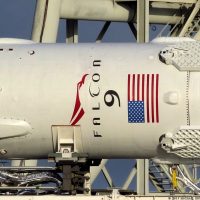 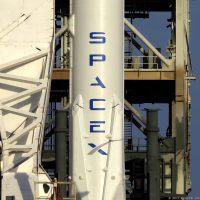 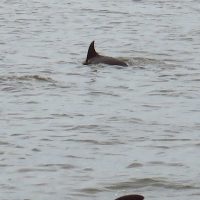 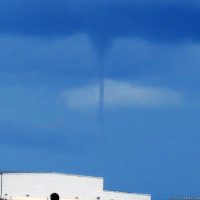 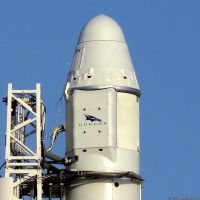 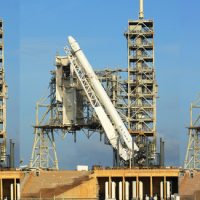 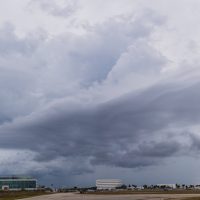 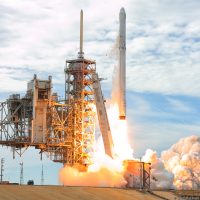 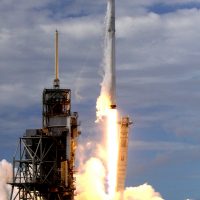 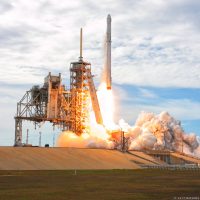 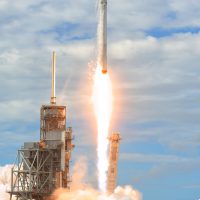 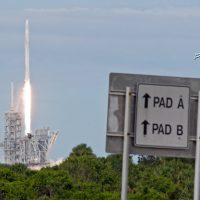 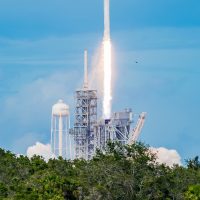 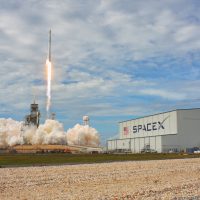 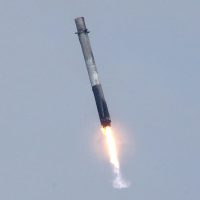 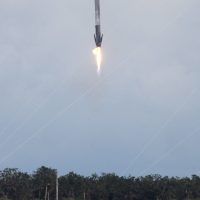 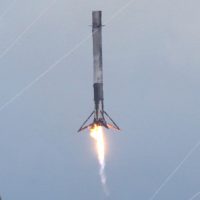