TESS is part of NASA’s larger exoplanet mission arc, which includes the previous Kepler Space Telescope and the long awaited James Webb Space Telescope (JWST), which is scheduled to launch in 2020. TESS will be the first spacecraft to search nearly the entire sky for exoplanets.

The launch came after NASA and SpaceX had scrubbed the initial launch attempt on Monday, April 16. SpaceX cited issues with the guidance navigation and control system of the Falcon 9 booster as the reason for the scrub. SpaceX believed a 48-hour timetable would give its launch team enough time to address and correct the issue. This was SpaceX’s seventh Falcon 9 launch of 2018. It was also the last new Block 4 variant of the vehicle that SpaceX will launch as it now transitions to the new Block 5 version.

Another piece of history occurred with this flight as TESS is the first NASA space science mission to hitch a ride on a Falcon 9 launched from Cape Canaveral.

About 70 minutes before liftoff, under a cloudless early-evening sky, SpaceX began loading rocket grade kerosene, or RP-1, into the first and second stage of the rocket. Loading of super-chilled liquid oxygen began about 35 minutes later. The TESS spacecraft, which is about the size of a refrigerator, waited through the countdown inside the large 17.2-foot (5.2-meter) wide fairing at the top of the rocket. The almost comical size disparity between the small spacecraft and the large fairing was a result of the changing fortunes and circumstances of years-long mission planning.

During the early phases of the design for TESS, the spacecraft was expected to fit inside the much-smaller payload fairing of either a Taurus or a Falcon 1e. However, from 2001 to 2011, Taurus experienced failures on three out of four of its launches. As a result, Taurus was reworked and rebranded, while the Falcon 1e was withdrawn by SpaceX, to make way for the Falcon 9, which was in development at that time.

In 2014 it was announced that TESS would launch atop a Falcon 9, complete with its oversized fairing for the earlier size-restricted TESS.

Wednesday’s countdown commenced through the final minutes without incident and at 3 seconds before liftoff the nine Merlin 1D first stage engines ignited, throttling up to full power as the Falcon 9’s onboard computers verified that all nine engines were working perfectly.

When the countdown reached zero, the launch pad’s hydraulic clamp’s released the rocket and the Falcon 9 carrying TESS thundered into the sky.

At 76 seconds into the flight, the rocket passed through max Q, the phase of maximum dynamic pressure on the vehicle. A little more than a minute later the nine engines of the first stage cutoff.

At 2 minutes, 29 seconds the first stage separated from the second stage and began its powered descent down to the Atlantic Ocean toward a landing on the Of Course I Still Love You drone ship.

At 3 minutes, 5 seconds into the flight, the two halves of the Falcon 9 payload fairing separated, exposing TESS to space for the first time. The two payload fairing halves began their long fall back toward a splashdown and potential recovery in the Atlantic Ocean.

The second stage continued to burn for nearly 6 minutes, shutting down at the 8 minute, 17 second mark in the flight, placing TESS in a preliminary parking orbit. Around the same time, far below in the Atlantic, the first stage booster made its successful landing on the drone ship.

The spacecraft and second stage coasted in the parking orbit for more than 30 minutes before the Merlin Vacuum engine reignited. The second stage engine burned for just under a minute to push TESS into its initial high elliptical orbit with a low point of 120 miles (200 kilometers) and a high point of 168,000 miles (270,000 kilometers) above Earth. Seven minutes later the 798 pound (362 kg) spacecraft was deployed from the second stage, and TESS continued on into the next phase of its mission.

An adjustment during the transfer orbit will place TESS in its 13.7-day mission orbit about 60 days after launch. This high-Earth orbit is in a 2:1 resonance with the Moon. According to NASA, the unique orbit will keep the spacecraft in a safe thermal and radiation environment, and maximize the amount of sky TESS can image, allowing its cameras to monitor their targets continuously from a stable orbit for the duration of the mission.

“Kepler looked at a very small part of the sky, and deep,” Robert Lockwood, TESS Spacecraft Program Manager at Orbital ATK, told Spaceflight Insider. “It looked out to about 3,000 light-years distance, looking to characterize how many planets have stars around them, and then are they small rocky ones or big gas planets like Jupiter, and so on. With TESS, we’re trying to survey in what’s called our solar neighborhood, within about 300 light-years, which means the stars are a hundred times brighter.”

“If you want to look at the atmosphere of an exoplanet you’ve found,” Lockwood said, “you need a bright light behind it, a brighter star, so the light passing through the atmosphere can be looked at spectroscopically, so that you can see, first, does it have an atmosphere, and second, does it have oxygen or water or methane or other things like that.”

The primary mission of TESS is to provide an accurate and exhaustive list of those well-suited, brighter, nearer targets for further exoplanet observation. To accomplish this mission, TESS is equipped with four wide-field cameras, and lens assemblies that will give each camera a 24-by-24 degree field of view.

The cameras are aimed in an arrangement that stacks their field of view areas vertically, one atop the other, in a total 24-by-96 degree observation sector from the ecliptic to the celestial pole. The cameras will focus on that section of the sky for at least 27 days, before pivoting to the next of 13 observation sectors in each hemisphere for a total of 26 sectors. NASA’s TESS spacecraft in the cleanroom at Kennedy Space Center in Florida, prior to its April 18 flight. Photo Credit: Michael Howard / SpaceFlight Insider

Principal Investigator George Ricker was in the SpaceX launch control center at Cape Canaveral throughout the countdown and launch. He will lead the spacecraft’s science mission from the Massachusetts Institute of Technology Kevli Institute (MKI) for Astrophysics and Space Research, where the mission began as a concept study in 2006.

“The role of TESS in many ways is to serve as a bridge between Kepler and other anticipated missions,” Ricker told Spaceflight Insider. “It is especially connected to Webb and to other missions that will hopefully follow in the next few decades.”

MKI and NASA’s Goddard Space Flight Center partnered with Orbital ATK to provide the spacecraft. It is based on Orbital ATK’s LEOStar-2 platform, a versatile spacecraft that can accommodate various instrument interfaces and support a payload of up to 1,100 pounds (500 kilograms).

Astronomers predict that TESS, by surveying 200,000 of the brightest dwarf stars, will likely catalog more than 20,000 exoplanet candidates. Among these, they expect that TESS will discover more than 50 Earth-sized planets and up to 500 planets less than twice the size of Earth.

“To me, the best thing about being on a new mission is not finding the stuff that you expect to find, but finding something you didn’t expect,” Stephan Rinehart, TESS project scientist at Goddard told Spaceflight Insider. “I very much hope that a year from now we are looking at something in the data and saying ‘what the hell is that!’ If we just get what we expect to get, it’s going to be fantastic, because it really is changing the way people approach exoplanet science in the future. If we get more than that? Even better. If we get something we don’t expect, I’ll be really excited.”

This article was written by SpaceFlight Insider correspondent Michael Cole.

Become a Patron!
The following photos were taken by the SpaceFlight Insider visual team. 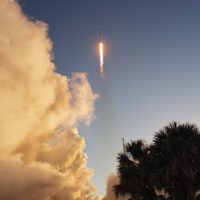 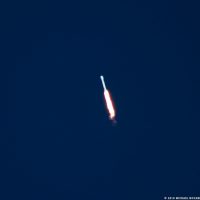 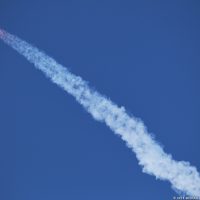 This is exactly what the USA and the world needs to unify and heal our divisions. Science is something we can all get behind.