WALLOPS ISLAND, Va. — The next Cygnus spacecraft bound for the International Space Station has a name: The S.S. Gene Cernan. Liftoff of the soda can-shaped spacecraft is currently scheduled for 7:37 a.m. EDT (11:37 GMT) on November 11, 2017.

The Orbital ATK spacecraft will fly atop the company’s Antares 230 rocket from Pad 0A at the Mid-Atlantic Regional Spaceport. It will be the sixth time that a Cygnus cargo craft has launched from NASA’s Wallops Flight Facility.

OA-8 was named after the last human to have walked on the Moon. Cernan’s Apollo 17 mission in December 1972 set records for the longest lunar surface extravehicular activities and the longest time spent in lunar orbit.

During Cernan’s 20 years of serving in the U.S. Navy, he logged more than 5,000 hours of flying time.

Cernan was selected to be an astronaut in October 1963. He went on to pilot the Gemini 9 mission and became the second American to perform a spacewalk. His second flight was on Apollo 10’s dress-rehearsal flight to the Moon, paving the way for the first human landing several months later on Apollo 11.

In 1972, he went to the Moon again, this time as a mission commander. Altogether, he logged some 566 hours in space over his three flights, 73 of which were spent on the surface of the Moon.

The following photos of the S.S. Gene Cernan were taken by the SpaceFlight Insider visual team. 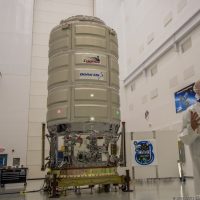 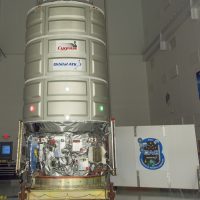 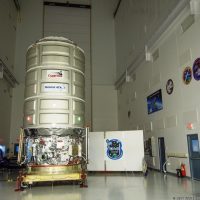 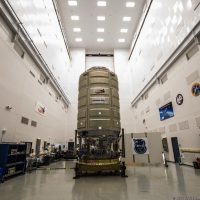 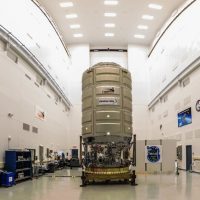 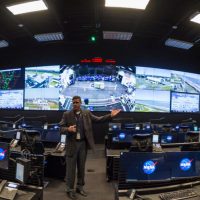 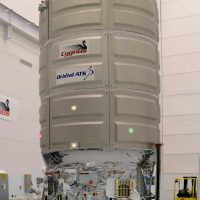