CAPE CANAVERAL, Fla. — Rising into the sky atop a column of flame, United Launch Alliance’s Atlas V rocket sent NASA’s latest Tracking and Data Relay Satellite (TDRS) into orbit. TDRS-M was the 12th spacecraft orbited for the space agency’s communications network, the first one launching in 1983.

Liftoff took place at 8:29 a.m. EDT (12:29 GMT) on August 18, 2017, some 26 minutes into a 40-minute launch window. The 191-foot (58-meter) tall Atlas V rocket was in its “401” configuration, meaning it had a four-meter fairing, no solid rocket boosters, and a single-engine Centaur upper stage. The first stage, powered by a Russian-built RD-180 engine, fired for just over four minutes before cutting off and separating, as planned.

The upper stage then took control for the next 14 minutes to get into a parking orbit with the payload fairing jettisoning only seconds into its burn at 4 minutes, 26 seconds. Some 90 minutes later, the Centaur fired again, this time for only a minute, to finish the job of placing TDRS-M into a geostationary transfer orbit.

From launch to satellite separation was about 1 hours, 53 minutes. TDRS-M will use its onboard thrusters to finish the job of circularizing its orbit some 22,300 miles (35,900 kilometers). It will join seven other active satellites and two in storage to be part of the TDRS constellation.

NASA uses these spacecraft to communicate with its low-Earth orbit spacecraft, including the International Space Station and the vehicles that visit it, the Hubble Space Telescope, various Earth-science satellites, and more. TDRS-M will ensure the data relay network continues functioning well into the 2020s. 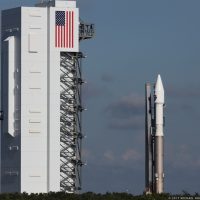 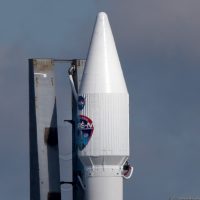 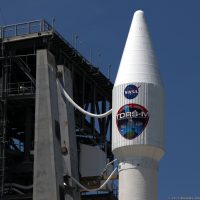 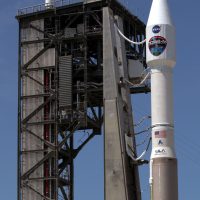 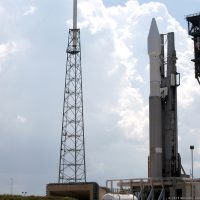 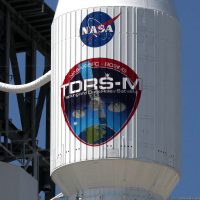 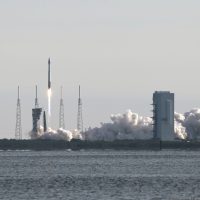 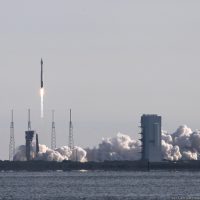 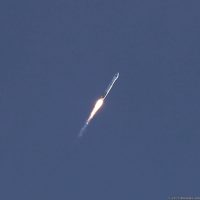