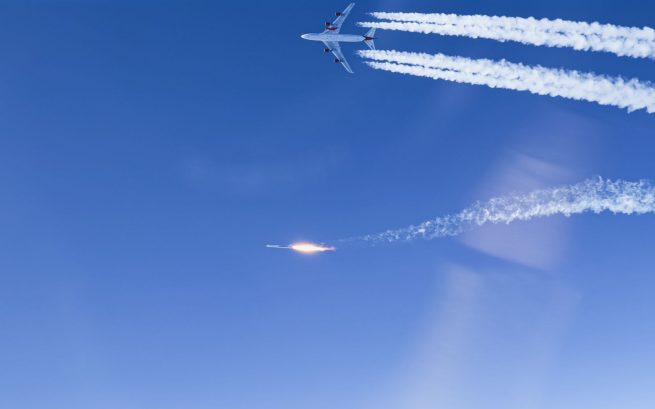 Virgin Orbit’s LauncherOne successfully ignites its engine moments after being dropped by a carrier aircraft to begin its flight toward orbit. Credit: Virgin Orbit

Virgin Orbit confirmed in a series of tweets that the launch vehicle successfully separated from the company’s 747 carrier aircraft “Cosmic Girl” at 11:39 a.m. PST (7:39 p.m. UTC) and had begun the climb to space.

There was confirmation of a successful orbit, however the company initially appeared to remain silent on whether the second stage burn of rocket had been achieved in order to release its payloads into nominal orbit.

The company later confirmed in a tweet that, after several hours, the payloads aboard LauncherOne began transmitting data to the ground.

Known as Launch Demo 2, this flight was conducted in partnership with NASA as part of its Educational Launch of Nanosatellites (ELaNa-20) series, awarded to Virgin Orbit via the Venture Class Launch Services program.

The program was created in part to help accelerate the design, development, testing and operation of new commercial launch vehicles such as LauncherOne. The vehicle carried nine CubeSats from eight universities, as well as a CubeSat experiment from NASA’s Ames Research Center in California. This was the first time LauncherOne carried payloads for a customer.

This flight comes after the first demonstration mission of LauncherOne, which subsequently failed a few seconds after being released from Cosmic Girl on May 25, 2020.

Launch Demo 2 was originally scheduled to fly in mid-December. However, several events needed to occur before the flight itself took place.

The last event leading up to the final checkout before launch was the wet dress rehearsal for both LauncherOne and Cosmic Girl. However, this had to be scrubbed as contact tracing for the pandemic prompted several precautionary quarantines.

The company announced in January that more extreme measures had been taken in order to safeguard both Virgin Orbit’s employees and the launch schedule, and the wet dress rehearsal aboard Cosmic Girl had since been successfully conducted.

Among the payloads that hitched a ride to orbit include nine CubeSats. The University of Louisiana at Lafayette flew its student-designed CAPE-3 satellite which aims to put ground tracking stations into the hands of anyone with a smartphone. Students will be able to conduct experiments with the CubeSat via an app on their smartphones.

California Polytechnic University sent EXOCUBE-2 into space, which is designed to measure atomic and ionic substances in the exosphere.

LauncherOne’s successful flight marks only the second time a rocket of its class has successfully reached orbit. Northrop Grumman’s Pegasus launch vehicle uses a similar insertion technique; being carried to 40,000 feet aboard a modified L1011 aircraft.

Virgin Orbit is also in direct competition with smaller launch vehicles such as Rocket Lab’s Electron rocket. While LauncherOne carries a bit heavier price tag than Rocket Lab’s flight-proven system, it does provide a bigger payload to orbit capability.

Another advantage LauncherOne has over traditional launch vehicles is a decreased likelihood of a scrub due to weather.

Since LauncherOne is launched at altitude from a 747, the main weather constraints facing the vehicle are winds aloft. Even so, the system can theoretically take flight from any runway in the world as long as it provides sufficient length for a 747 takeoff.