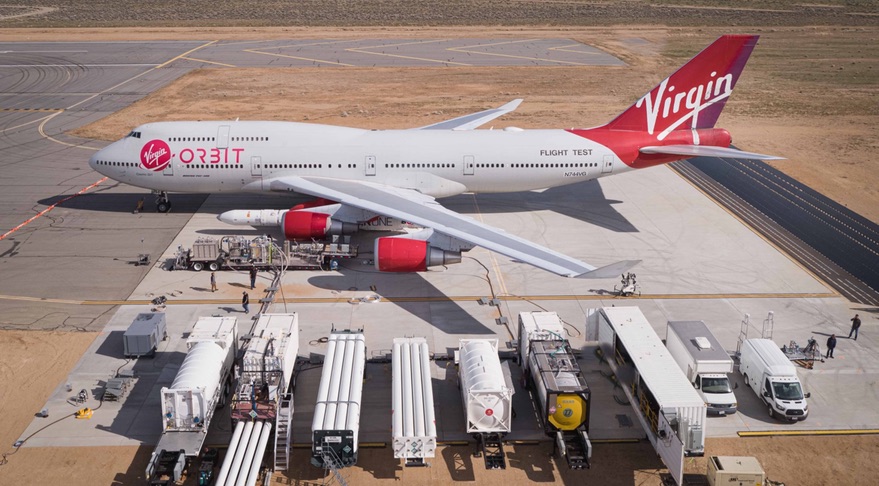 Virgin Orbit has released that they are finally ready to let their rocket fly for the first time, targeting Sunday morning at 10 AM PST from a location off the coast of Southern California.

In a 4-hour window on Sunday, with a backup opportunity the following day during the same time-frame, the carrier aircraft and rocket will take to the skies off the coast of Southern California, flying a racetrack pattern similar to Northrop Grumman’s L1011 carrier and Pegasus rocket. If all goes according to plan, the rocket will be released from the aircraft, and take to space for the very first time, the beginning of the final phase in the companies 8-year testing program.

In a press kit for the demonstration launch released this week, Virgin Orbit stated “We will only proceed with the mission if all conditions for launch are nominal. Although air-launched systems like ours are less vulnerable to bad weather than fixed ground-launch systems, we’ll be watching the weather closely and being cautious for this maiden flight.”

Company Vice President Will Pomerantz later described the payload for the flight in a press call as being an “nice-looking inert mass” to be used as a simulated payload, which will be deliberately placed into a low enough orbit for a quick re-entry and destruction. Following this launch, if successful, Virgin Orbit expects to perform one or two more missions this year. “Our plan is to essentially double that next year” Company CEO Dan Hart said. Both were also understand 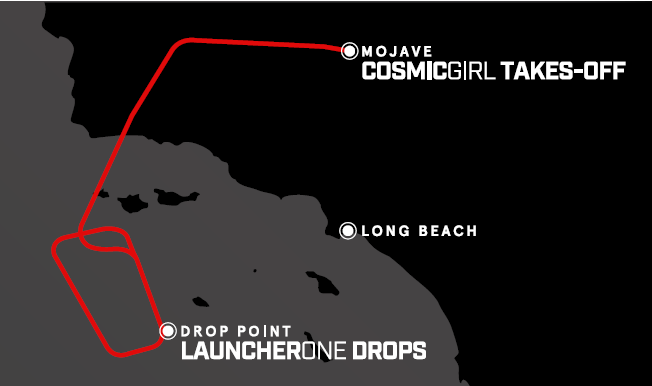 ing of the odds of mission success, citing that historically these first flights only succeed about 50 percent of the time.

The newest of the Virgin Group family, and a sister company to Richard Branson’s space tourism venture Virgin Galactic, Virgin Orbit was formed as a result of a reorganization. What was once a program under Virgin Galactic, became its own company in 2017. From there the company has since taken off with supersonic speed. The company’s operations are tailored to the smallsat market, from small singular payloads, to rideshare CubeSat flights. Orbit plans to do this by utilizing a nontraditional air launch system, which uses a carrier aircraft to drop the rocket from altitude, which then flies into space. Ultimately Orbit plans to corner the market, with plans of flying a minimum of 20 flights per year.

For Orbit, the method of choice is air launch rather than ground launch. They do this by utilizing a modified 747 dubbed “Cosmic Girl”. Cosmic features a large pylon underneath its port side wing, which is the mounting point for Orbits LauncherOne rocket. Originally seeing service as a commercial airliner for Branson’s Virgin Atlantic, she was purchased by Virgin Galactic in 2015, and subsequently transferred to Virgin Orbit in 2017. The usage and selection of the 747 comes with the changes in the size and design of LauncherOne over the years, which were done to make it more viable in the market share. Well go more into that later.

Among the reasons the company decided on air launch instead of more traditional methods, is range constraints that are formed when launching from places like Vandenberg or Cape Canaveral. When launching from the ground, airspace and ground areas are locked down to support the launch, and timing is very much planned out and reserved in advance. With air launch, Cosmic takes the rocket to 35,000 feet, where it is released and the motor fires, with guidance taking it to space. Essentially making her only constraint having spaceport airfields long enough to support her. Cosmic can take off, fly to an area over the ocean, and pending population constraints, launch her rocket. This effectively eliminates the constraints of utilizing range time and assets on the ground. An added benefit is worldwide launch operations. Cosmic can take off from any spaceport in the world, becoming an international commercial launch solution.

The rocket itself, LauncherOne, was originally designed to be dropped from Virgin Galactic’s carrier aircraft White Knight Two. As time progressed and the market changed, so too did One’s design. The rocket would increase in size to support larger and heavier payloads in order to support a larger business model. With this, One effectively became too large to safely be flown and launched from the relatively small White Knight Two, and thus a larger aircraft was needed. Design changes included larger tanks, and a newer updated engine design 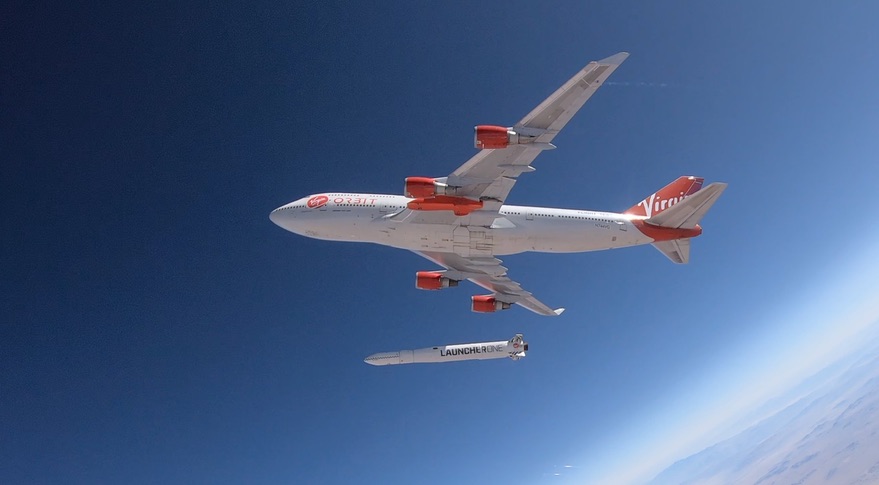 A two stage rocket approximately 70 feet long, LauncherOne is fueled by Liquid Kerosene and Liquid Oxygen. One’s first stage has a diameter of 1.6 meters and is powered by a NewtonThree engine, offering 74,000 pounds of thrust. The second stage is a smaller 1.3 Meters, and is powered by a NewtonFour engine, which is vacuum optimized for 4900 pounds of thrust.

The rocket offers many attractive points to customers, including making launches available to any orbit inclination with as little as 6 months lead time, a goal accomplished by not conforming to range constraints. This, with its ability to support multiple patterns of payload adapters and CubeSat dispensers, makes it a viable option to many prospective customers. But what makes One most attractive, is its price point. Current prices are estimated at $12 million per launch, meaning, a ride sharing flight between 12 CubeSats could be done for just 1 million per satellite. This pricing makes space obtainable for university students and research projects alike, truly bringing affordability to the masses.

Stay tuned for future coverage on Virgin Orbits operations, as the testing program continues to progress towards the companies first operational flight.

Good luck today. How do I view.