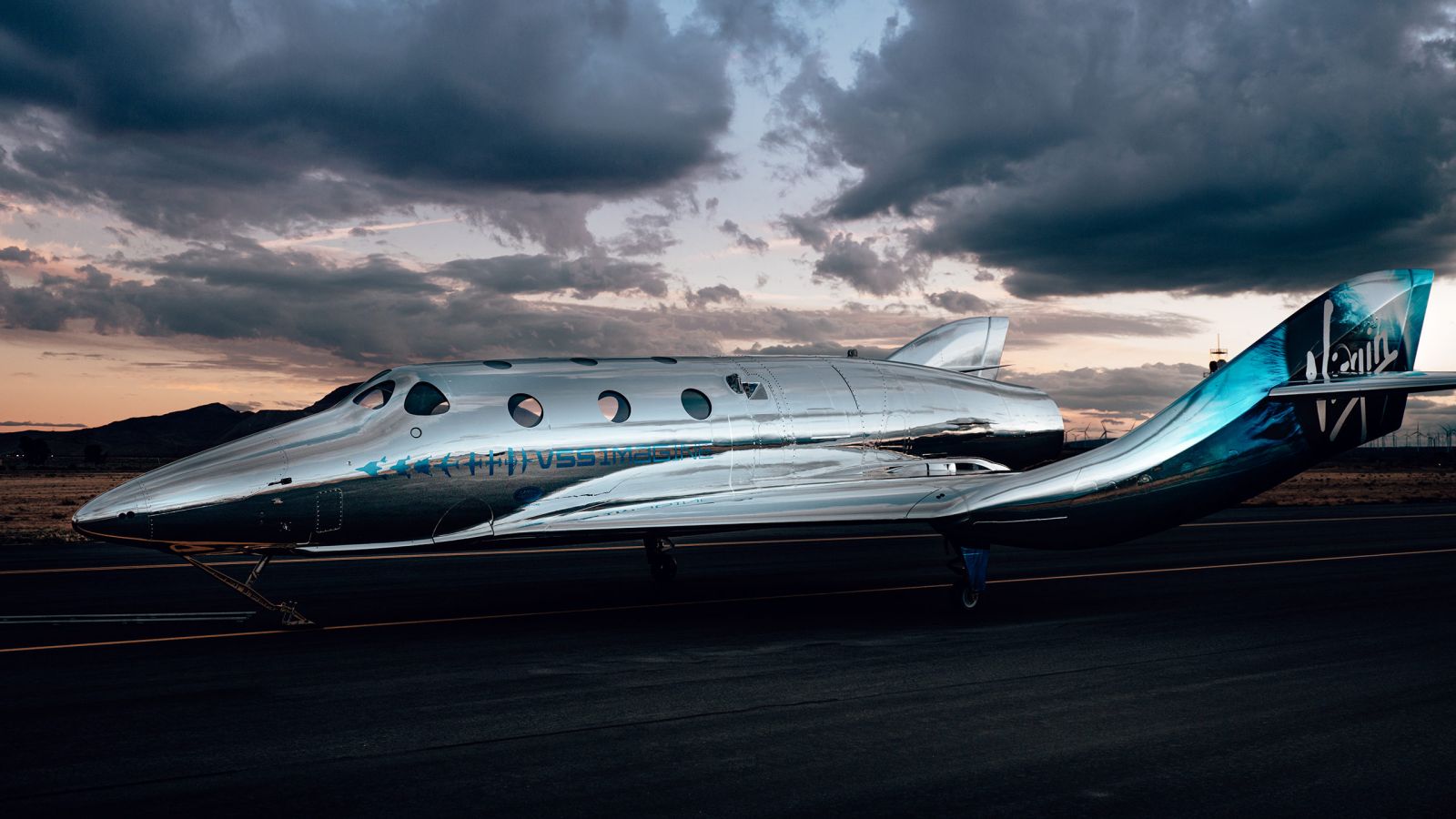 Unveiled March 30, 2021, there’s not much visually different between SpaceShip III and its predecessor SpaceShip II. It features a mirror-like coating as its paint scheme and is the third design the created to support the company’s space tourism mission.

According to Virgin Galactic, design changes to SpaceShip III allow for it to be more-easily manufactured and be more durable in order to support the company goal of achieving 400 suborbital trips per year.

“Virgin Galactic spaceships are built specifically to deliver a new, transforming perspective to the thousands of people who will soon be able to experience the wonder of space for themselves,” Richard Branson, founder and CEO of Virgin Galactic’s parent company Virgin, said in a press release. “As a SpaceShip III class of vehicle, Imagine is not just beautiful to look at, but represents Virgin Galactic’s growing fleet of spaceships. All great achievements, creations and changes start with an idea. Our hope is for all those who travel to space to return with fresh perspectives and new ideas that will bring positive change to our planet.’’

While testing of the new vehicle is expected to begin in the summer, evaluations are expected to continue on the SpaceShip II-class “VSS Unity,” with its next planned flight occurring as early as May. Unity’s next test follows a previous unsuccessful flight that resulted in an aborted ignition, and safe glide back to land.

Unlike Blue Origin’s suborbital tourism program, Virgin Galactic utilizes a hybrid-fueled spaceplane that is carried to an altitude of 50,000 feet by a mothership aircraft where it is released and the spacecraft’s engine is fired. From there, the spaceplane rockets itself onto a suborbital trajectory at just below 100 kilometers. The company bases their operations from the Spaceport America complex in New Mexico.

Both the new spacecraft and its predecessor are designed to be flown by two pilots and carry six passengers. Its occupants are expected to experience a few minutes of weightlessness before returning on their path back to a runway landing.