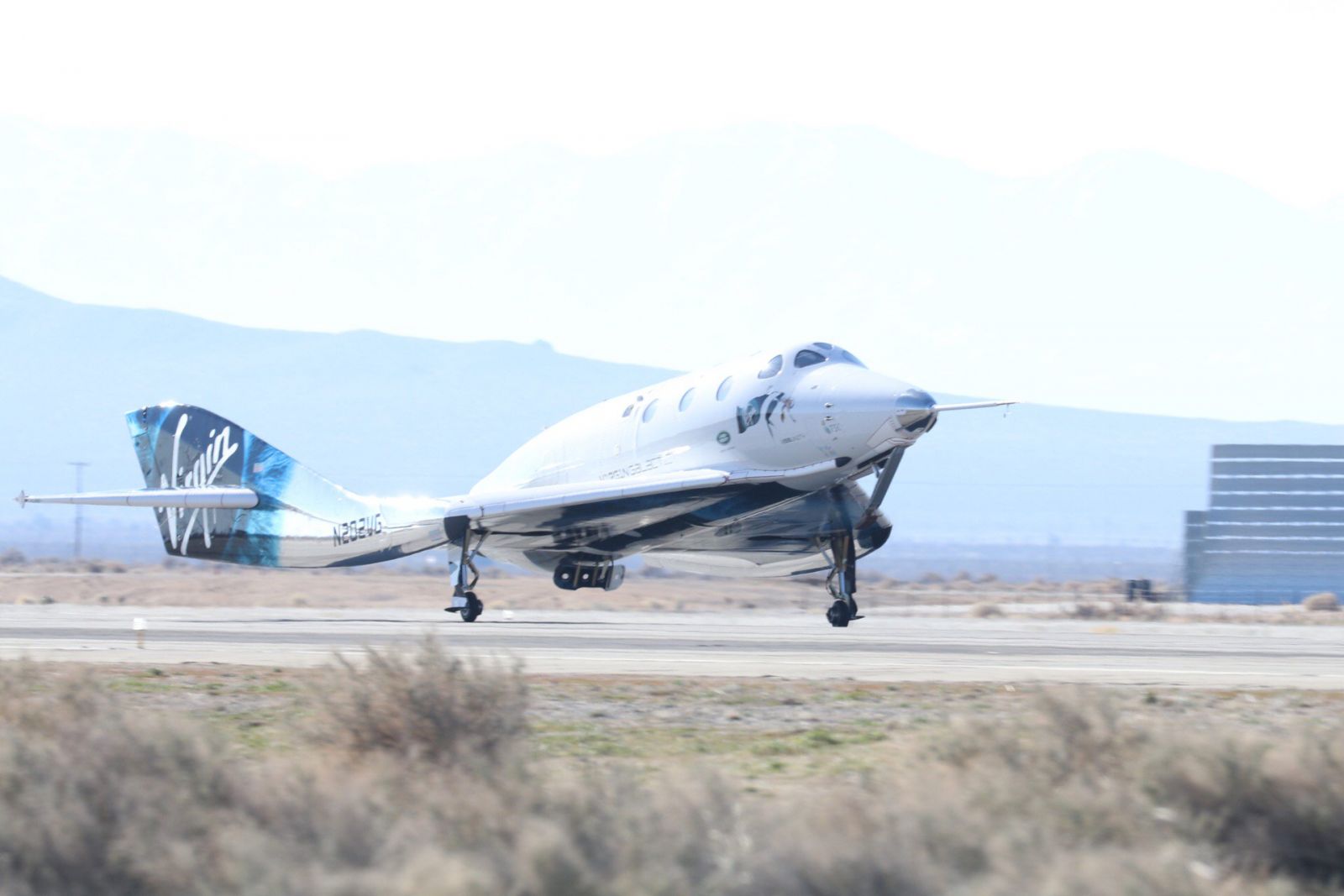 SpaceShipTwo glides back to the runway following its fifth power flight and second trip to space. Photo Credit: Virgin Galactic

Three new people are set to likely get their astronaut wings as Virgin Galactic’s SpaceShipTwo performed its fifth power test flight, pushing it into space on a suborbital trajectory for the second time.

Just before 9 a.m. PST (17:00 GMT) some 45,000 feet (14,000 meters) over the Mojave desert in California, VSS Unity was released from WhiteKnightTwo for a few seconds of free fall before Chief Pilot Dave Mackay and co-pilot Mike Masucci commanded the vehicle’s hybrid engine to ignite and propel them to around Mach 3 in an upward trajectory.

Riding along with them was a third crew member, Virgin Galactic Chief Astronaut Instructor Beth Moses. Her job was to provide “human validation” for the data collected, including “aspects of the customer cabin and spaceflight environment” from the perspective of eventual space tourists in the back of the spacecraft. 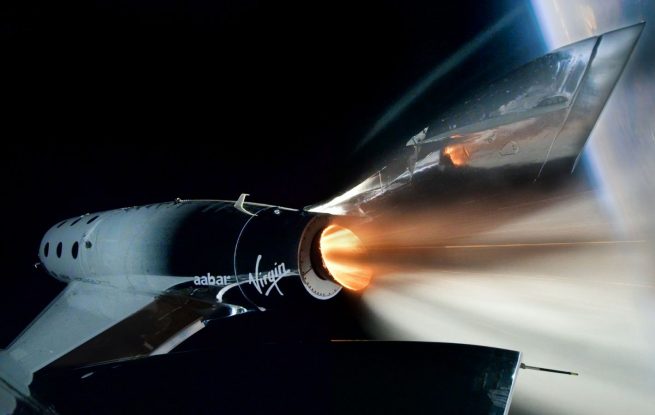 File photo of VSS Unity powering its way into space on its first spaceflight on Dec. 13, 2018. Photo Credit: Virgin Galactic

This was the fifth power flight for VSS Unity, the fourth occurred Dec. 13, 2018, and saw Mark Stucky and Rick Sturckow pilot the spacecraft to an altitude of about 51.3 miles (82.7 kilometers), enough to earn commercial astronaut wings from the Federal Aviation Administration. They received those wings several weeks ago in a ceremony on Feb. 7, 2019.

For this flight, the vehicle reached an altitude of about 55.85 miles (89.9 kilometers). While it is enough to earn commercial astronaut wings from the FAA, it was not technically above the Karman line, which is the internationally-defined boundary of space at about 62 miles (100 kilometers). The FAA has this boundary at 50 miles (80 kilometers). Either way, this made Mackay, Masucci and Moses the 569th, 570th and 571st people to fly into space, according to Virgin Galactic.

After several minutes of microgravity, the vehicle began to fall back toward Earth. During its arc, VSS Unity was commanded to orient its wings in a “feathered” configuration in order to stabilize it on its way back into the thick part of Earth’s atmosphere.

Once they were in the thicker part of the atmosphere, the feathered configuration was returned to the standard glide position as it was piloted toward the runway at the Mojave Air and Space Port for a soft touchdown some 15 minutes later.

After this flight, there will likely be more testing before paying passengers are allowed to take the roughly $250,000-per-person flight. However, billionaire Richard Branson, who owns Virgin Galactic’s parent company, Virgin Group, said he hopes to fly aboard the vehicle himself on the 50th anniversary of the first Moon landing.

It is unclear if this would be the first flight with customers, another test flight, or some flight after the first with paying passengers.

If, as VG hopes, the flight test phase of VSS Unity goes well they’ll need more pilots. I know the initial test program used Scaled Composites own personnel (including the tragic Mike Alsbury) who had no military test pilot background. Seems that VG newly minted astronauts were all ex-military aviators (and in the case of Rick Sturckow ex-NASA).