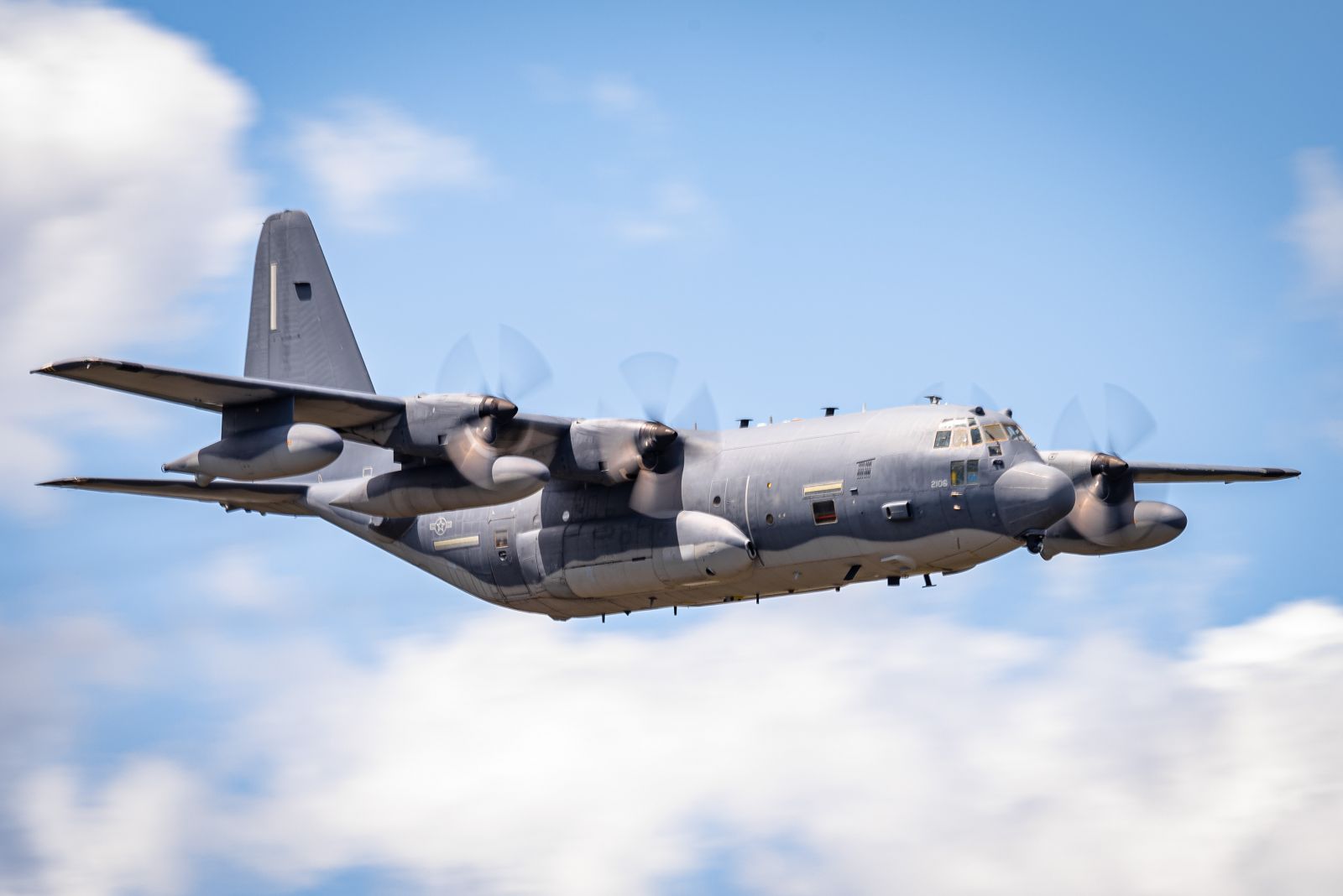 The 45th Operational Group, Detachment 3 stands ready to rescue Bob Behnken and Doug Hurley in the event their missions ends in an unexpected abort.

It is known as the 45th Operational Group, Detachment 3, or Det 3. For years Det 3 has served as the rescuers for astronauts from land and sea in the event of a mission abort. Now, Det 3 comes back to life under a new command, and a new name. Task Force 45.

This military unit, part of the US Space Force’s 45th Space Wing, is based at Patrick Air Force Base in Florida, just south of NASA’s Kennedy Space Center, and is responsible for rescuing astronauts from abort scenarios. Det 3 first saw usage during the Apollo program, maintaining the mission during shuttle and now prepares for Commercial Crew. Made up of command staff and special operations personnel and aircrew, the unit has trained for any scenario.

“It’s been about 9 years since we’ve supported a human spaceflight launch. Det 3 has been working on tactics, techniques, and procedures, for the last 5 years to be ready to support SpaceX with Dragon and actually Boeing’s version as well.” General Schiess also added the nature of the mission is crucial in the event of a launch abort scenario, stating “We hope to go do this mission and never get used.” 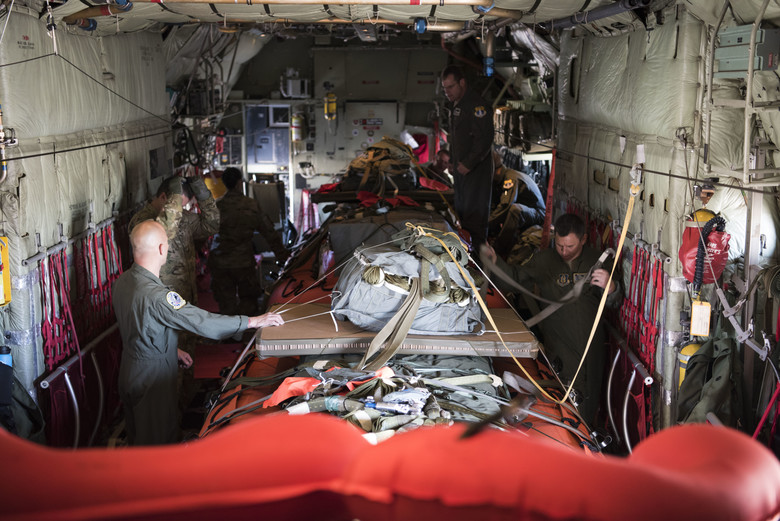 Personnel from the 45th Operations Group, Detachment 3, simulate astronaut rescue and recovery operations, Dec 12, 2018 off the coast of Cape Canaveral Air Station, Fla. As the U.S. prepares to return to human spaceflight, DET 3 in coordination with NASA and commercial partners, will play a direct role in rescue and recovery of astronauts because they are the only Department of Defense unit responsible for all aspects of human spaceflight recovery including planning of rescue tactics, real-world execution, and overall command and control of the human spaceflight mission. U.S. Air Force photo by Airman 1st Class Zoe Thacker

General Schiess added, “Right now what we’re doing is we’re in the process of what we call just in time training… They’re here at Patrick AFB right now undergoing training on how to work around the Dragon capsule, how to extract the astronauts if they had to, what things to know, and so our Det 3 team is training them how to do that. Later on, as we get closer to launch there will be some air crews that will come in and we’ll train them too on how to do all the things necessary.”

On launch day, Task Force 45 will be controlling rescue operations from the Support Operations Center at Patrick AFB, connected to both Johnson Space Center in Houston and Kennedy Space Center just up the road. Depending on the posture at the time, the unit will keep its crews on alert status, only taking off in the event of an abort scenario. Those crews include HC-130 and HH-60 resources from the 347th Rescue Group based at Moody AFB in Georgia, who will be staged at Patrick AFB, as well as a C-17 at Joint Base Charleston in South Carolina, and another C-17 at Joint Base Pearl Harbor-Hickham in Hawaii.

Each C-17 as well as the HC-130’s stands crewed and ready to fly with a full “guardian angel” team consisting of the pararescuemen, combat rescue officers, and survival, evasion, resistance, and escape (SERE) specialists that form the core of the force. In the event of an abort, the nearest team would race to the site to begin the rescue. Under ideal abort conditions, the team based in Florida would handle the task, however the other teams are strategically placed in the event of a splashdown farther to the east, or to the west. These full up teams stand ready to be in the air within one hours notice, and work hand in hand with NASA, SpaceX, and Boeing, through data sharing and command procedures.

In a typical rescue, the alert aircraft will take to the air loaded with rafts, guardian angel personnel, and supplies, and will fly to the splashdown site. When they arrive, the Guardian angels will then parachute out of the aircraft along with bundles of supplies, among which is a load called the “front porch”, an inflatable device similar to a 20 man life raft, that is designed to be attached to the side of the capsule and to provide a platform for medical response. Once the supplies and the guardian angels are in the water, the team works to stabilize the capsule from wind and waves and then works to remove the astronauts from the capsule and their pressure suits. They are then hoisted into an HH-60 Helicopter and transported to safety. 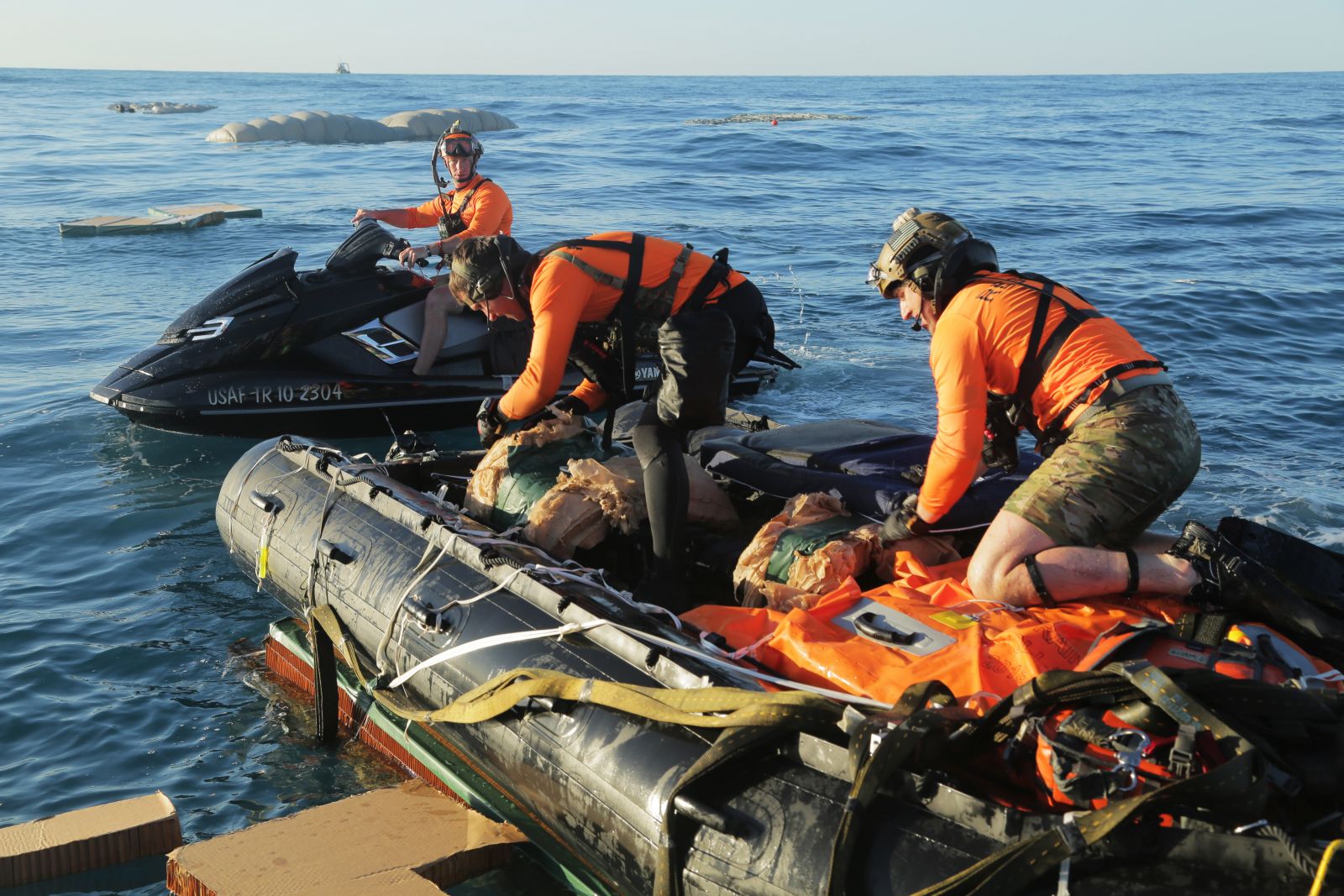 The usage of military assets for this mission is one of necessity. While commercial and civilian assets have greatly expanded in recent history, the capabilities and speed of Task Force 45 to be anywhere in the world with teams of well-trained personnel and supplies is as yet unmatched. Task Force 45 however is only needed in the event of a contingency, commercial assets handle nominal recoveries and the task force remains on standby. While an abort is an unlikely event, it is the job of the Task Force to ensure that the astronauts, who could come to land anywhere in the world and could be injured from the abort or the landing, are recovered and tended to safely.

Only time will tell if Task Force 45 will ever have to put their training and equipment to use in a real-world situation. But one thing is for sure, a historical legacy of crewed spaceflight recoveries has found new life and will continue to be a part of the history books for the foreseeable future.