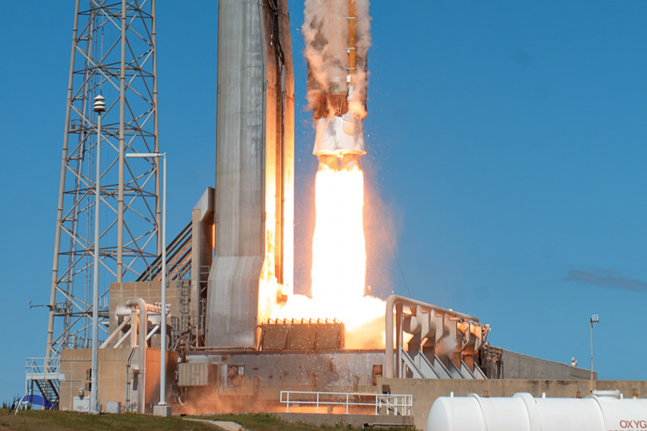 CAPE CANAVERAL, Fla — Colorado-based United Launch Alliance initiated a competition to name the company’s new Next Generation Launch System booster on Monday, March 23. The contest allows U.S. citizens to vote on one of three names that have been selected for the rocket which ULA  plans to have replace both the Atlas V and Delta IV families of boosters.

The three names that were selected by ULA employees and space enthusiasts, earlier this year, were a small fraction of the 400 submitted. If everything goes according to plan, the results will be released on April 13 – along with specifics about the rocket’s design. These announcements will likely be made from the Space Symposium 2015, held in Colorado Springs, Colorado. The names that can be chosen from are as follows: To vote, the public need only click here: Rocket Name. Voters can also text 22333 to submit a vote for their favorite name. (Text and data rates may apply.) The following keys can be used to text a vote:

“ULA’s new rocket represents the future of space – innovative, affordable and reliable,” said ULA’s President and Chief Executive Officer Tory Bruno. “More possibilities in space means more possibilities here on Earth. This is such a critical time for space travel and exploration and we’re excited to bring all of America with us on this journey into the future.”

ULA hopes to have NGLS ready to conduct its first flight in 2019. This new system will have many of the key traits that have made both the Atlas V and Delta IV systems successful. It will also relieve ULA from its dependence on the Russian-built RD-180 (NGLS will use Blue Origin’s BE-4 rocket engine and solid rocket motors produced in the United States). ULA has demonstrated the capability of launching on average about once a month.

“Space launch affects everyone, every day, and our goal in letting America name its next rocket is to help all Americans imagine the future of endless possibilities created by affordable space launch,” Bruno said.