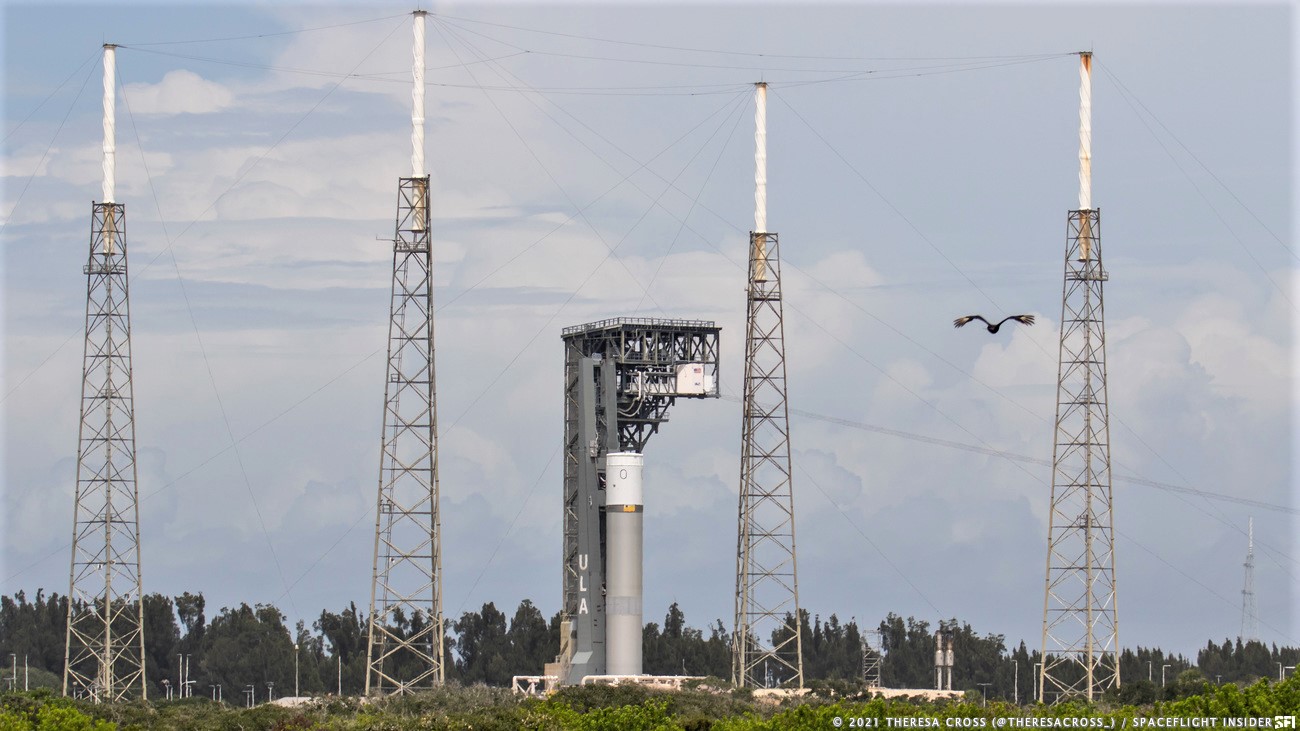 A test article for United Launch Alliance’s Vulcan rocket was rolled out to the company’s Cape Canaveral Launch pad in advance of cryogenic testing.

Vulcan is the successor to ULA’s Atlas 5 and Delta 4 rockets. The first stage being tested is 110 feet (33.5 meters) tall and is designed to hold liquid oxygen and liquified natural gas to fuel two BE-4 engines being built by Blue Origin.

On Aug. 25, 2021, the test article was rolled to Space Launch Complex 41 at Cape Canaveral Space Force Station in Florida via a mobile launch platform from the company’s nearby Spaceflight Operations Center. 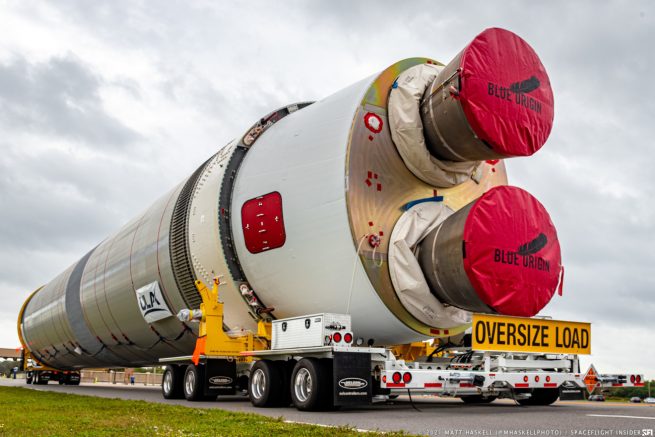 The Vulcan test article arrived in Florida earlier this year via the company’s water transport vehicle called Rocketship with two Blue Origin BE-4 first stage engines affixed. These engines were used for test firing at the company’s facility in West Texas.

Testing of how ULA plans to load propellant into the Vulcan rocket during a simulated countdown, also called a wet dress rehearsal, is designed to help engineers confirm plans for fueling.

While modifications were made to the current systems at Space Launch Complex 41, ULA aims to gather and analyze data as the size and scale of Vulcan may require a different time frame to load fuel, chill the tanks and engines down as they use ground software to monitor the vehicle throughout the testing operation.

Previous cold flow tests, where propellant is flowed through all the lines up through the Vulcan Launch Platform, have been performed. The next step is to flow propellant into the rocket itself.

The use of liquified natural gas required ULA to install new storage tanks, near Space Launch Complex 41 on the north side, as well as a new sound suppression water system to dampen launch acoustics during lift off.

After testing is complete, the Vulcan test article is expected to return to ULA’s factory in Decatur, Alabama, where technicians will outfit the rocket for future spaceflight.

Vulcan is designed to fly with zero, two, four or six strap-on solid rocket boosters. The final vehicle will also include an upgraded dual engine Centaur upper stage and stand a total of 202 feet (61.6 meters) tall.

The first pair of flight-ready Blue Origin BE-4 engines are expected to be delivered by the end of 2021. Should that occur, ULA anticipates the first flight-ready Vulcan to arrive in Cape Canaveral in early 2022 in advance of the rocket’s inaugural flight, which will involve launching a commercial lunar lander built by Astrobotic.

With the first flight of Vulcan just around the corner, ULA plans to retire its workhorse Atlas 5 rocket. It has already stopped purchasing the Russian-built RD-180 engines for the venerable rocket.

With a stable of 29 Atlas 5 missions ahead of it’s retirement in the mid-2020s, ULA plans to transition to the Vulcan rockets during these final launches by the rocket, its most reliable launch vehicle to date.