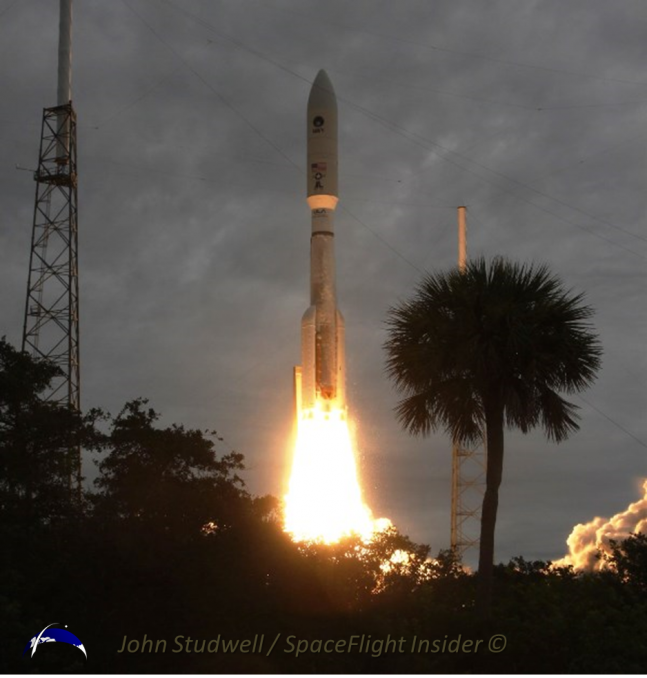 U.S. Federal Judge Susan Braden lifted the preliminary injunction that halted United Launch Alliance’s (ULA) purchase of the Russian-built RD-180 rocket engines. Officials for the U.S. State, Treasury and Commerce departments found no evidence to indicate that the engines, used in the company’s Atlas V family of launch vehicles, were in violation of government sanctions against a top Russian official.

The injunction came about after Space Exploration Technologies (SpaceX ) filed a lawsuit on April 25, protesting a decision made by the U.S. Air Force to award a non-competed block-buy contract to ULA for 36 boosters. The injunction was instated on April 30th due to concerns over the engine manufacturer, NPO Energomash, and its connection to Russian Deputy Prime Minister Dmitry Rogozin. As a result of the current crisis in the Ukraine, the U.S. government placed Rogozin on the sanctions list. Despite the fact that she lifted the injunction, Judge Braden placed the following stipulations on the government:

“If the Government receives any indication, however, that purchases from or payment of money to NPO Energomash by ULS, ULA, or the United States Air Force will directly or indirectly contravene Executive Order 13,661, the Government will inform the court immediately.”

In a response to the injunction being lifted, ULA stated “The letters submitted by U.S. Departments of State, Treasury and Commerce explicitly stated that NPO Energomash is not subject to any of the current sanctions and that ULA’s continued purchase of the RD-180 does not directly or indirectly contravene the Ukraine sanctions.”

Company representatives continued by stating “Sadly, SpaceX’s frivolous lawsuit caused unnecessary distraction of the executive and judicial branch and increased tensions with Russia during a sensitive national security crisis. SpaceX’s actions are self-serving, irresponsible and have threatened the U.S.’s involvement with the International Space Station and other companies and projects working with Russian State entities.”

ULA then goes on to say “We continue to hope that SpaceX will revisit its underlying lawsuit and the merits of its case.  The fact remains, even today SpaceX is not certified to launch even one mission under the block buy contract — a contract that was authorized and announced more than two years ago, without objection by SpaceX, and is saving the U.S. taxpayers over $4 billion.”

ULA currently is the only launch service provider or LSP that is participating in the Air Force’s Evolved Expendable Launch Vehicle (EELV) military launch program; however, SpaceX along with the newly-merged Orbital ATK hope to gain certification in an effort to reduce launch costs. SpaceX has worked to meet the criteria laid out by the U.S. Air Force for competing under this contract.

SpaceX was poised to conduct its second launch in just over three weeks this weekend. However, undisclosed issues have scrubbed this attempt. It is unclear at this point when the new launch attempt might take place. Being able to turn around a launch pad quickly is essential if SpaceX is to compete under EELV. ULA launches at the rate of about once (and in some cases more) a month.

The SpaceX law suit did not request an injunction against any ULA RD-180 engines. SpaceX said that engine purchases from Russia were unwise and that rocket purchases from SpaceX would be politically preferable. The judge decided on the injunction herself.

ULA has conducted a dishonest campaign of characterizing SpaceX ax creating harm to the USA and headlines have stated “SpaceX blocks ULA engine purchase” without pointing out this was at the judge’s initiative and most often without stating out that engine purchases already contracted for would not be affected by the injunction. There are about two years’ worth of future engine uses in line before any effect on ULA would take effect. However, the Russians could easily unilaterally cut off engine deliveries to the US at any time if further pressed regarding Ukraine. Obviously, a US-produced rocket source in the mix would be advisable

The “block purchase” of a large number of rocket cores from ULA was obviously an attempt by ULA to undercut SpaceX’s plans to launch government payloads at huge cost reductions compared to ULA’s prices. This is a clear indication of ULA having severely overcharged our country for years.

That the Air Force agreed to the ULA plan and has delayed any decision on SpaceX’s certification to launch government payloads until 2015 is also a clear indication that the Air Force is complicit in ULA’s vastly overcharging our country for launch services.

There needs to be an independent investigation of this situation as soon as possible to protect our national interests.