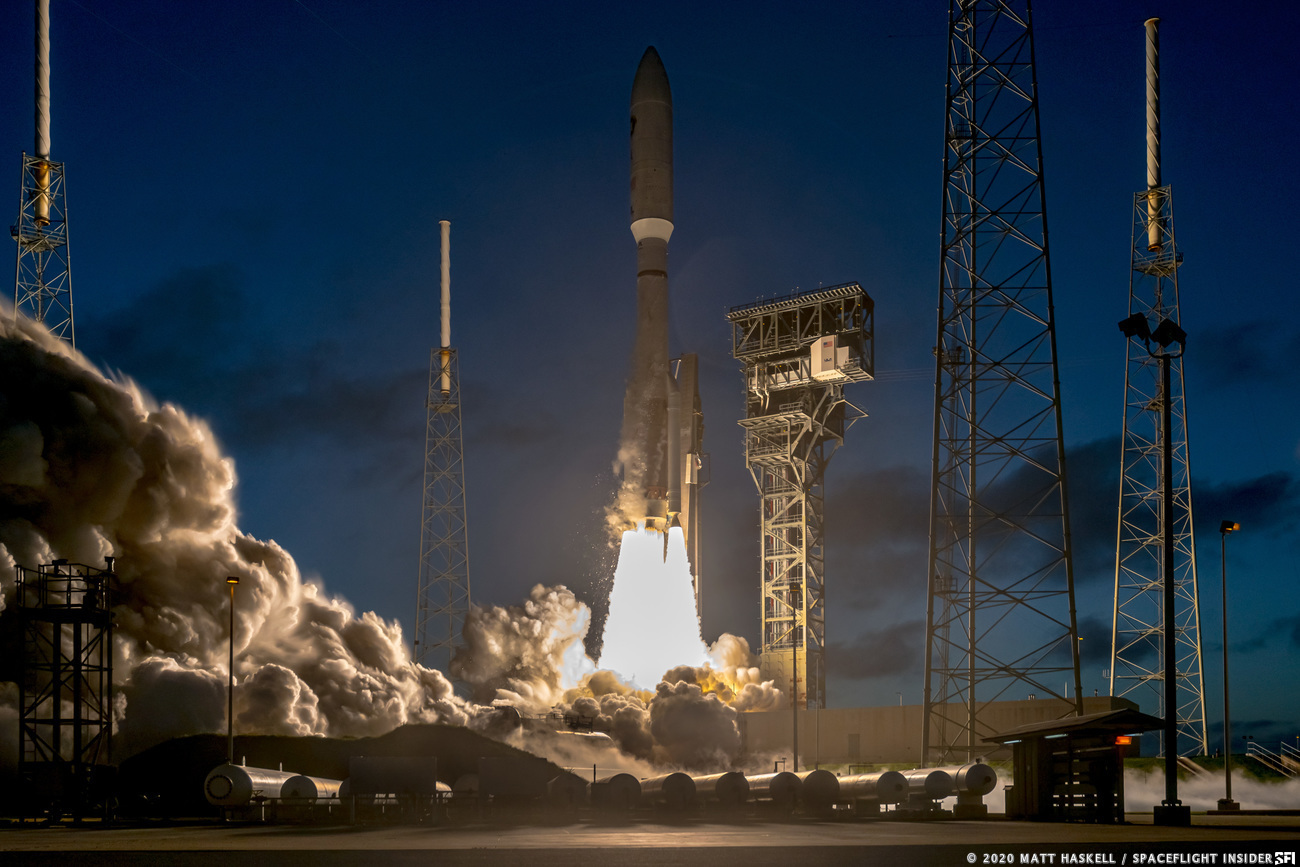 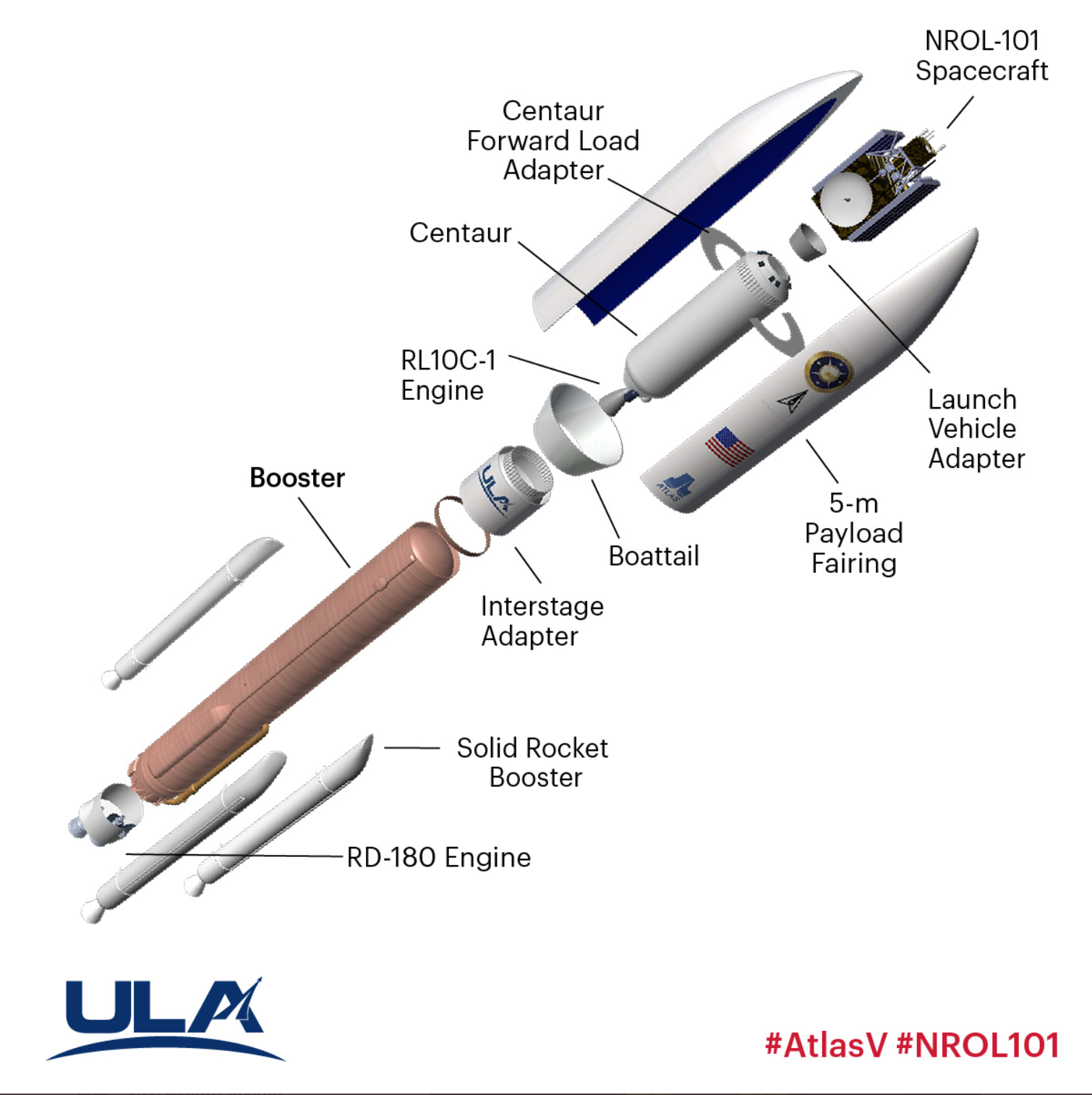 Today’s mission marked the first flight of Northrop Grumman‘s new 63 Inch Graphite Epoxy Motors (GEM 63). Measuring 63 inches in diameter and standing 66 feet tall, the three solid rocket motors burned for approximately 94 seconds, each producing 371,000 pounds of thrust – together, the three SRBs amounted to half of the 1.8 million pounds of thrust at lifoff.

“Thank you to our mission partners, the NRO and the United States Space Force for their continued confidence and partnership with ULA,” said Gary Wentz, ULA vice president of Government and Commercial Programs. “This launch was the inaugural launch of our new GEM 63 solid rocket motors, an instrumental step for ULA to build flight experience in preparation for the Vulcan Centaur, our next generation launch vehicle.”

Following SRB burnout and jettison, the United Launch Alliance rocket continued to accelerate toward the planned orbital insertion under the power of the RD-180 first stage engine.

This was ULA’s 141st launch, their 29th for the National Reconnaissance Office. Specific to the Atlas V rocket type, this was ULA’s 86th launch and the 71st Atlas V to launch from Space Launch Complex-41 in Florida.

ULA’s next launch is the NROL-44 mission for the NRO from Cape Canaveral Air Force Station; a date has not yet been confirmed. 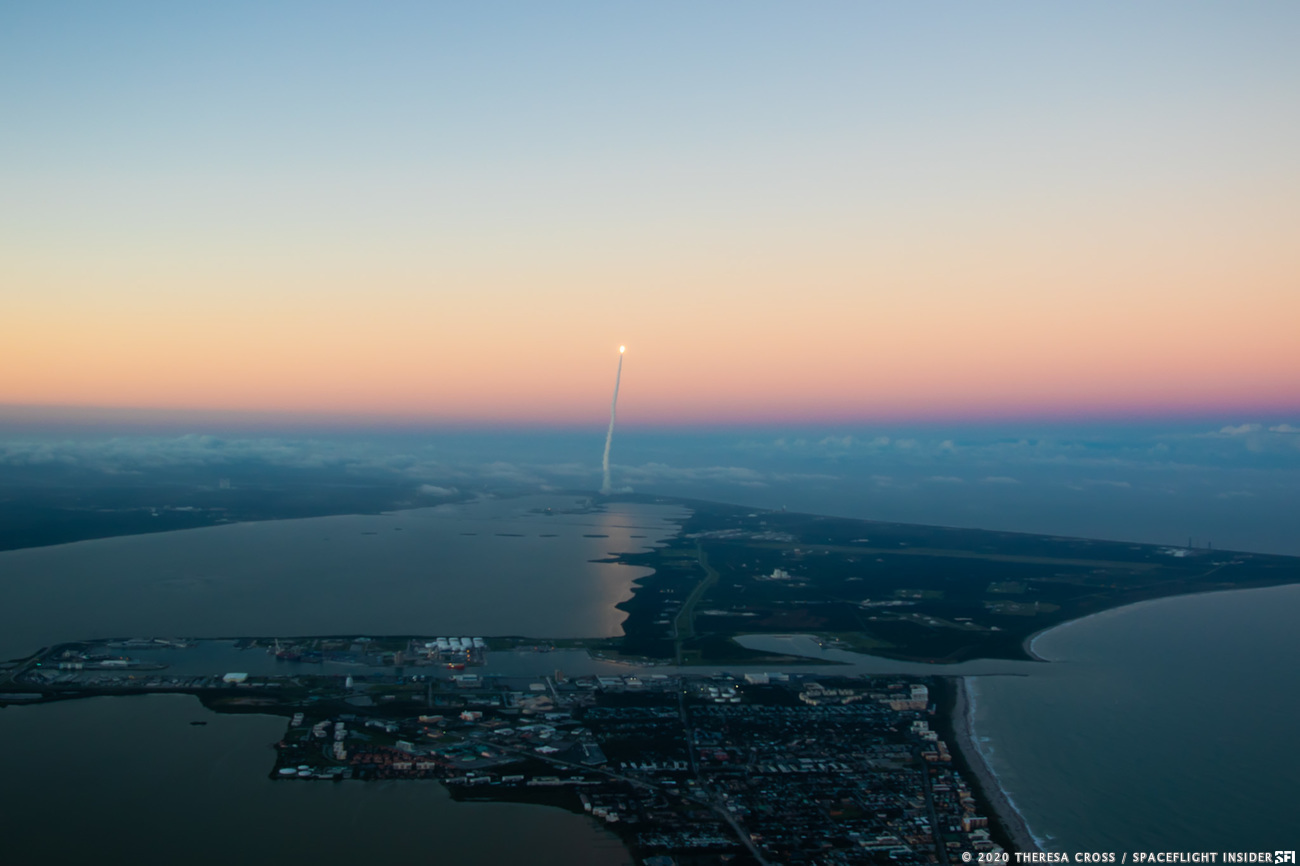 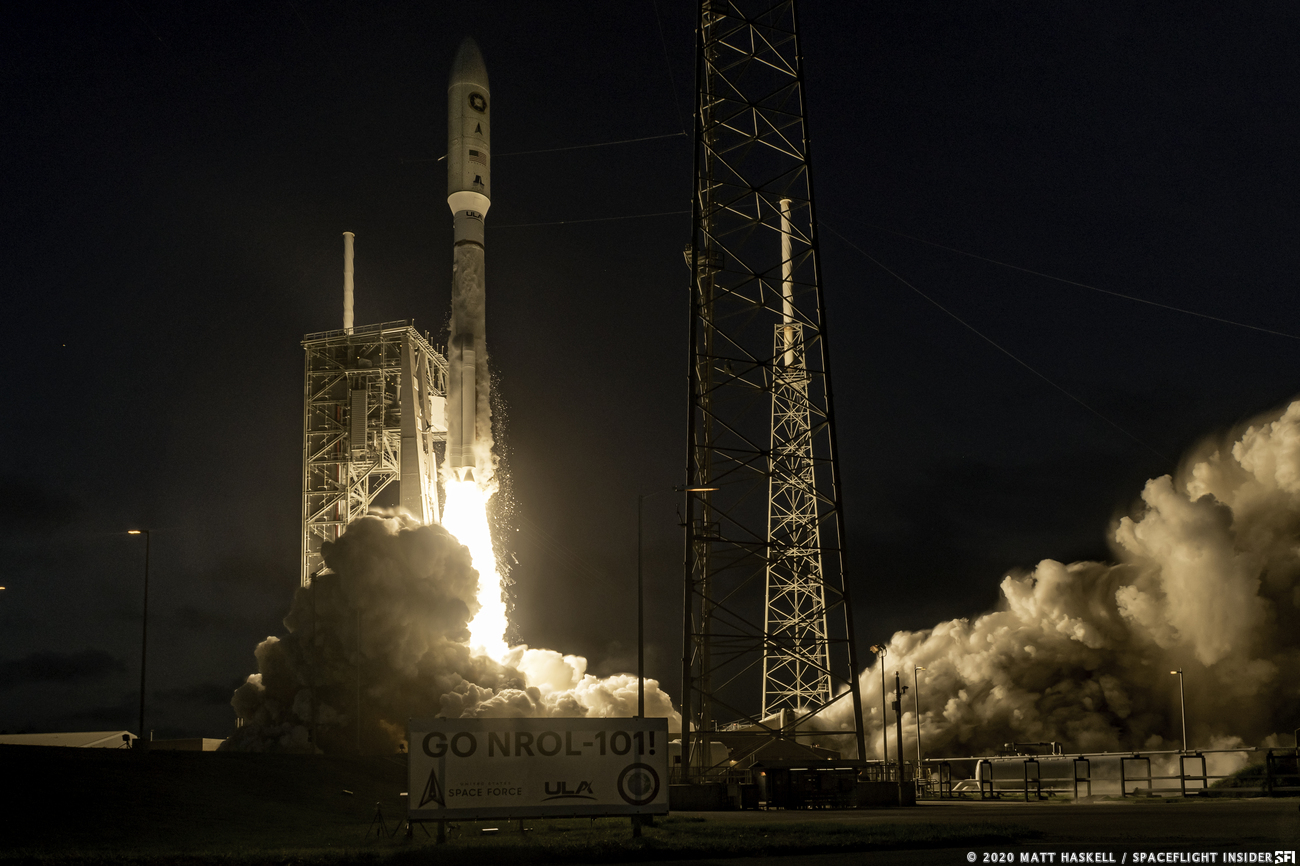