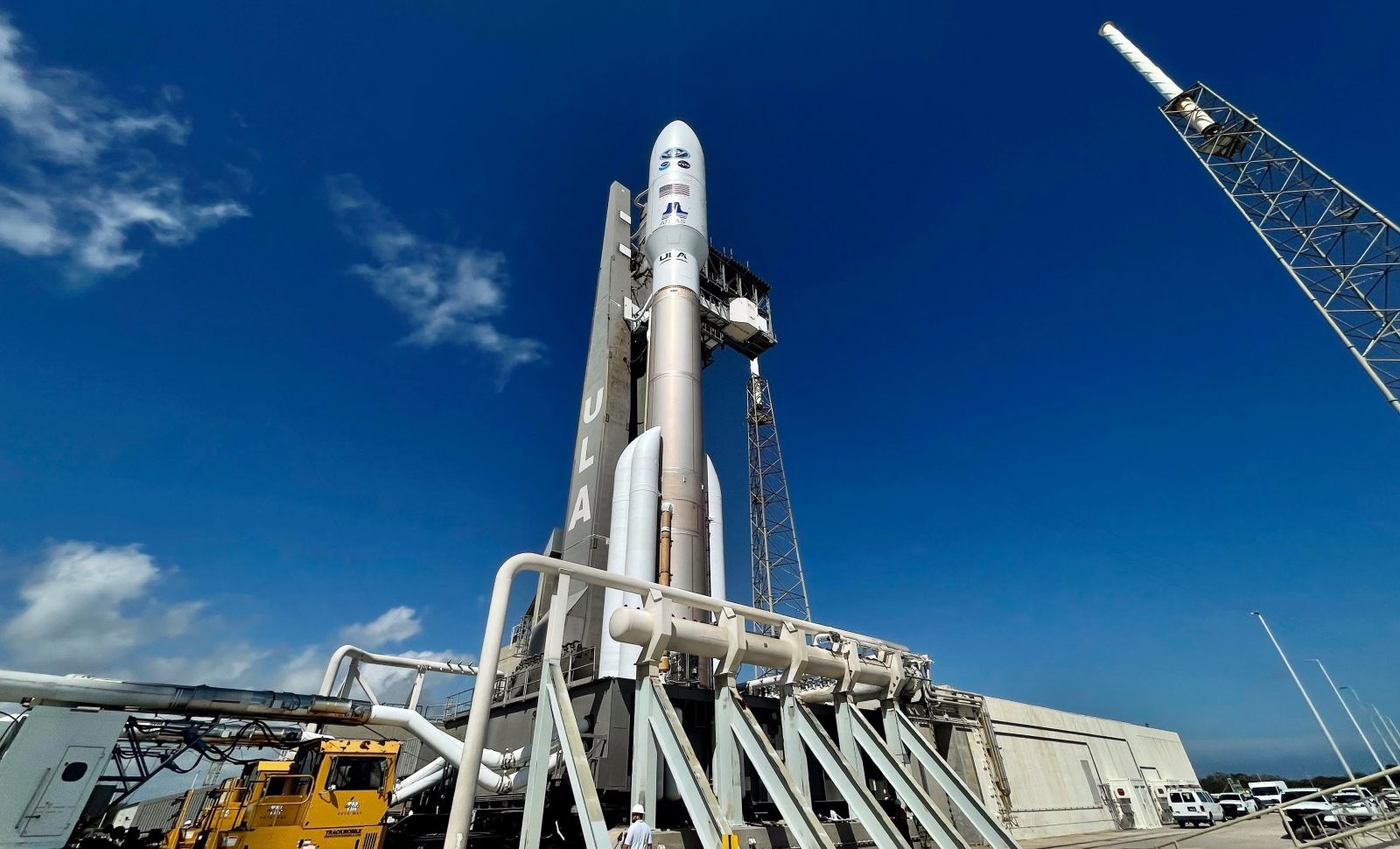 The ULA Atlas V rocket set to send the GOES-T satellite into space reaches the launch pad on Feb. 28, 2022, in advance of its liftoff on March 1. Credit: ULA

United Launch Alliance is preparing to fly an Atlas V rocket to send the GOES-T satellite into space for the National Oceanic and Atmospheric Administration.

Launch is scheduled for 4:38 p.m. EST (21:38 UTC) March 1, 2022, at the beginning of a two-hour launch window. The NOAA satellite will be utilizing an Atlas V in the 541 variant, meaning it has a five-meter payload fairing, four solid rocket motors and a single-engine Centaur upper stage. 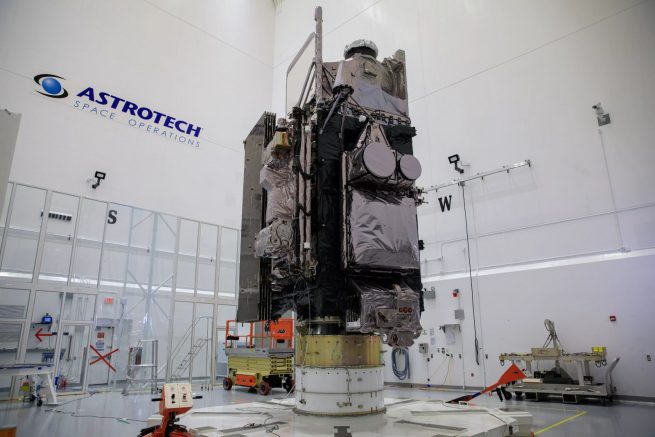 GOES-T is launching via NASA’s Launch Services program. The weather spacecraft was joined to the launch vehicle on Feb. 17 as integrated operations began in advance of launch readiness and the ultimate rollout to the pad on Feb. 28.

The Atlas V 541 rocket will deliver GOES-T satellite to an optimized geosynchronous transfer orbit, placing it closer to its designation and conserving fuel needed for the life of the extended mission. NOAA and NASA will manage the GOES-T mission, which is the third spacecraft in the GOES-R series.

Lockheed Martin manufactures and designs the GOES-R series of satellites for NOAA and L3Harris Technologies produces the main instrument payload, the Advanced Baseline Imager and the ground system. This includes the antenna system designed for data reception on the satellite.