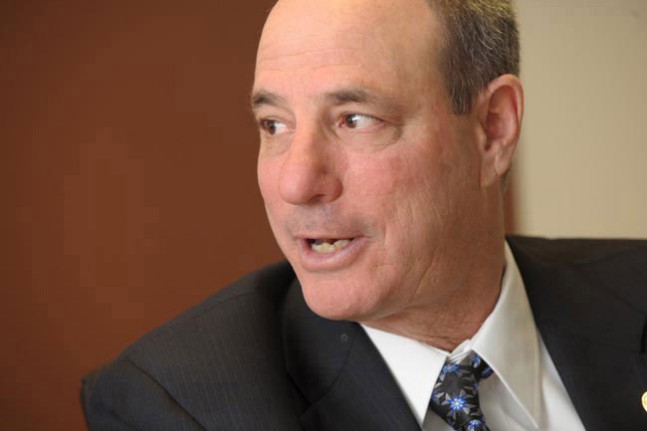 United Launch Alliance (ULA ) announced on Tuesday, Aug. 12 that the company’s founding CEO and president, Michael Gass, will be replaced effective immediately, based on a decision made by the executive board members of ULA. Gass will be replaced by Tory Bruno, an executive from Lockheed Martin, who himself is a veteran from the aerospace industry.

No official reason was mentioned by ULA regarding the change in leadership for this top-level position. Recent negative publicity aimed towards ULA, by rival aerospace firm Space Exploration Technologies (SpaceX ), over ethical conflicts and no-bid contracts for government satellite launches, may have played a role in this restructuring. ULA was founded in 2006 as a joint venture between Lockheed Martin and The Boeing Company, focused on providing launch services for the U.S. government. This consolidated rocket company has since grown to become the largest launch service providers for U.S. defense programs.

SpaceX filed a lawsuit in April, against the ULA and the U.S. Air Force by claiming the single-source contracts awarded to ULA for high-profile U.S. military launches are over-priced and involve ethical conflicts.

Most of the controversy surrounded the so-called “block buy” of 35 launch vehicle booster cores for the U.S. Air Force worth an estimated $11 billion. SpaceX claimed in their lawsuit that they could launch the satellites cheaper if allowed to compete, and a U.S. federal judge recently upheld SpaceX’s demand for more details surrounding ULA’s price structure for the Air Force’s Evolved Expendable Launch Vehicle (EELV ) program. Political tensions between the United States and Russia have also played a factor in increasing recent negative publicity for ULA. This involved claims by Russia’s Deputy Prime Minister, Dmitry Rogozin, that they will no longer provide RD-180 rocket engines to American companies for use on Department of Defense flights.

Moreover, Rogozin stated that Russia would cease its participation on the ISS project in 2020 and would shut down GPS sites located in Russia.

The RD-180 engine is considered essential to the prolonged availability of the Atlas V family of launch vehicles. Given that this is the primary engine of Atlas’ booster core – this decision could adversely impact national security on a long term basis if supplies are cut off.

For their part, ULA has stated that it has a store of the engines on hand as well as the designs from which to make more. These statements were made by Gass during a March hearing held in front of Congress.

ULA has continued to defend their reliability and reassure the public and government contractors that they will continue to provide all the resources necessary to fulfill all of their contracted launches in the future.

“Mike’s track record speaks for itself: 86 successful launches in a row, including many of our nation’s most complex and critical space missions,” said Rick Ambrose, executive vice president of Lockheed Martin Space Systems and a ULA board member in a statement released by ULA. “Tory is an ideal leader to take the reins at ULA. He’ll bring the same unwavering commitment to mission success that has been ULA’s hallmark, and will apply his proven track record of driving customer focus, innovation and affordability to shape ULA’s future.”

Before his scheduled departure in December, Gass will work with his replacement Bruno; “to ensure a smooth leadership transition and continued commitment to mission success,” claims ULA.

“We’re grateful for Mike’s leadership and contribution to ULA’s customers and employees, as well as the space industry as a whole,” said Craig Cooning, president of Boeing Network and Space Systems and a ULA board member in a statement released by ULA. “Tory understands the launch business as well as anyone and is well-qualified to ensure ULA keeps pace with changing customer needs and launch industry dynamics.”

This article seems to be more of a company statement that a real news article. I would expect more comments from those within the industry that provides more depth on what Lockheed and ULA hope to achieve with this change. Does it represent a short fall on Gass’ abilities in lite of a real competitive environment or is he just being scapegoated to make it appear that action in being taken and blame laid.

The article quotes liberally from the ULA press release, but that is normal journalistic practice. The full truth behind such changes at the top is seldom known outside an inner circle for at least awhile after thy occur. It reflects no discredit on the article’s author that no inside scoop was available on short notice.

Was Gass pushed or did he jump? Either scenario is plausible. Maybe the Board is getting nervous in the service and wants to oust the guy they see as responsible for ULA’s complicated current circumstances.

It will be interesting to see what Mr. Bruno can do about ULA’s suddenly problematic engine supply chain situation and the SpaceX litigation. Coming into the CEO’s chair at such a time, I suspect Mr. Bruno will shortly discover he has less latitude for maneuver than he would like.