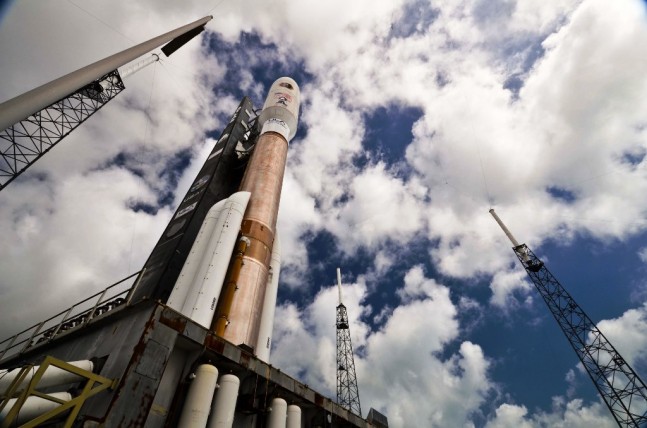 CAPE CANAVERAL, Fla — Colorado-based United Launch Alliance (ULA ) has decided to contribute to the push toward a U.S.-produced rocket engine as a replacement for the Russian-built RD-180. In the case of ULA, the company has stated it has signed commercial contracts with multiple American companies to investigate next-generation liquid oxygen / hydrocarbon first stage propulsion engine concepts. With Russia’s recent military actions in the Ukraine, coupled with its statements it would cease providing U.S. astronauts with access to the International Space Station and that it would stop collaborating on the ISS program in 2020 – the need for a U.S. derived replacement for the RD-180 is readily apparent.

At present the U.S. lacks the ability to launch astronauts to orbit, rather NASA has pinned its hopes on several commercial companies to produce a domestically-produced “space taxi” to ferry astronauts to the orbiting laboratory. For access to space, the United States is currently dependent on Russia. For its part, ULA has stated it will conduct a technical feasibility analysis, develop “high fidelity” plans as well as identify risks relating to schedule, costs and technical matters.  According to ULA these studies should provide estimates which are designed to meet “aggressive” recurring cost targets. ULA went on to add that the first launch using these engines would take place in 2019.

“ULA has a number of very promising alternatives and we are working with the very best propulsion companies in America,” said ULA’s Vice President of Advanced Programs Dr. George Sowers. “There are many exciting advanced technologies that are mature and can be used to enhance our capabilities and our competitiveness.” Sowers also is serving as lead on the technical study of the feasibility of this new rocket engine.

ULA has issued a statement that it expects to choose potential concept and engine suppliers by the fourth quarter of this year (2014). The company went on to add that this new engine is planned for use on both commercial and government payloads.

Despite stating it will work to develop a new engine, the company has said it will not be severing ties with the manufacturer of the RD-180 engine. The RD-180 is produced by U.S.-based RD AMROSS (RDA), a joint venture between United Technologies (UTC) and NPO Energomash – which is based in Russia. ULA and RD AMROSS will review whether-or-not it is possible for this new engine and the RD-180 to be manufactured concurrently. Despite the fact that ULA and RDA are discussing how the future use of the engine will play out – one powerful individual has stated that U.S. use of the RD-180 would be limited from here on out. Russian Deputy Prime Minister Dmitry Rogozin has stated that Russia would cease working with the U.S. on a number of space-related initiatives. Photo Credit: Kommersant / Getty

Russian Deputy Prime Minister Dmitry Rogozin was one of seven people who were placed on a sanctions list by the United States, the European Union and Canada. In an apparent act of retaliation, Rogozin stated that the United States would not be allowed to use the RD-180 or NK-33 engines for Department of Defense missions. Rogozin went on to state that U.S. GPS stations would be shut down, that Russia would stop sending U.S. astronauts to the ISS via Russia’s Soyuz spacecraft and that his nation would no longer participate in the ISS program after 2020.

Given that Rogozin also made threats against Romania that involved a Tu-160 bomber – it is unclear how serious these threats are to be taken. SpaceX has stated that its domestically-produced Merlin engines would better serve U.S. interests than the Russian-built RD-180. Photo Credit: SpaceX

Considering the current status of the RD-180, it has also become the focus of legal issues as well, with Space Exploration Technologies (SpaceX ) suing the U.S. government over the monopoly that ULA has in providing boosters for the Department of Defense. Specifically in regard to the 36 booster “block buy” contract that ULA won in 2012. SpaceX, whose Merlin engines are produced in the United States, has made the argument that its engines would better serve U.S. requirements, especially under the current political climate. ULA, at present, is the only company certified to deliver DoD payloads to orbit, a fact highlighted by the company’s chief.

“As the nation’s steward of the launch industrial base and the only company certified to launch our nation’s most critical missions, it is incumbent upon ULA to bring forward the best solutions to preserve that capability for the future,” said ULA’s President and CEO, Michael Gass.

However, Gass went on to note that the time when the U.S. could rely on foreign-produced rocket engines was likely drawing to a close.

“While the RD-180 has been a remarkable success, we believe now is the right time for American investment in a domestic engine,” said Gass.  “At the same time, given that ULA is the only certified launch provider of our nation’s most important satellites, it is critical that America preserve current capabilities and options while simultaneously pursuing this new engine.”